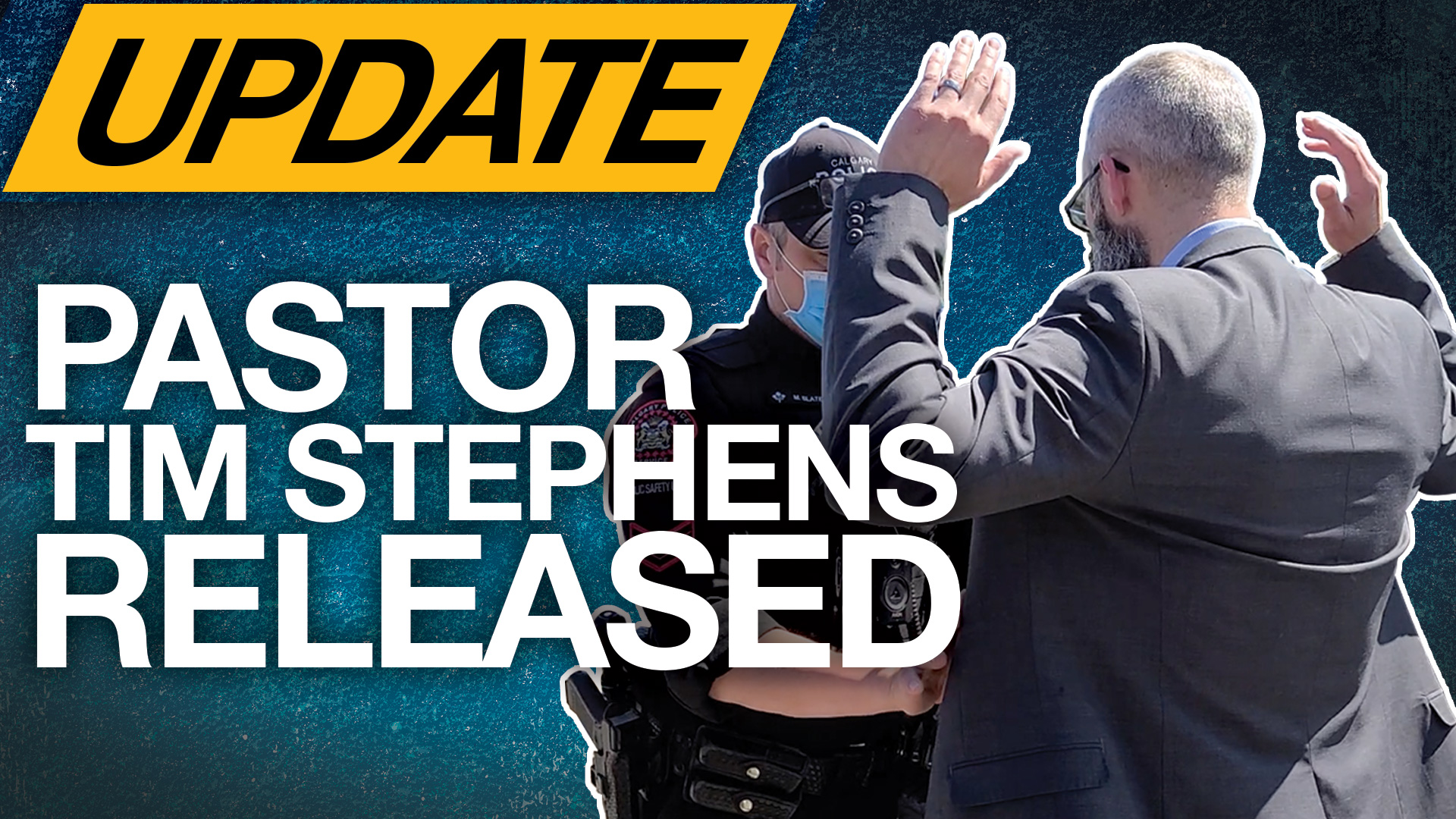 Pastor Tim Stephens has been freed from the Calgary Remand Centre.

His lawyers received word this morning that the May 6 Rooke order was being rescinded now that Alberta is in Stage 3 of reopening, and there are no more capacity restrictions on places of worship.

So, his lawyers moved as quickly as they could to get him out.

Rebel News' Adam Soos was alerted to this news by the Stephens family, and he's on the scene right now.

Pastor Tim's next court appearance was slated for July 12th. He was arrested in front of his family at his Calgary home June 15 breaching the Rooke order restraining illegal public gatherings after he held an outdoor church service the previous Sunday.

Rebel News is on scene with Pastor Tim and his family right now.