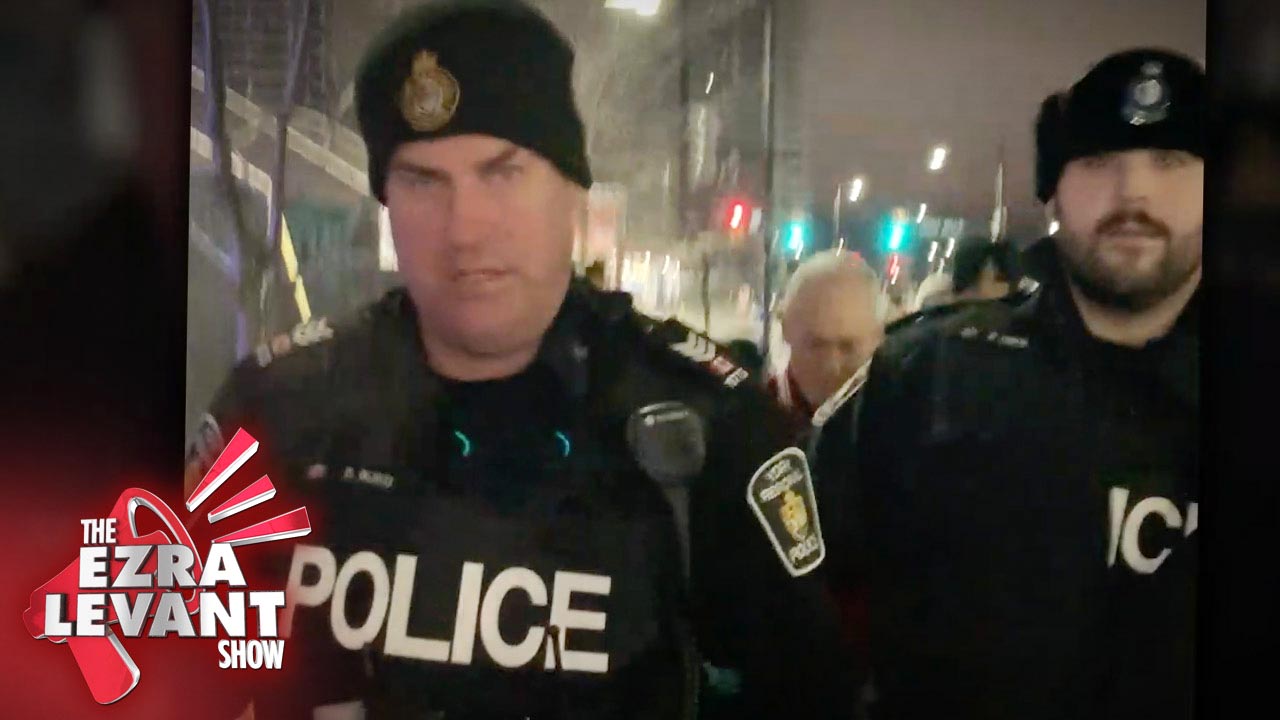 Working with the police when you're a Rebel News journalist...