Steve Bannon surrenders himself to authorities in New York

Bannon surrendered himself on Thursday morning to law enforcement and is likely to plead not guilty during his arraignment, said Bannon’s attorney Robert Costello to CNN. 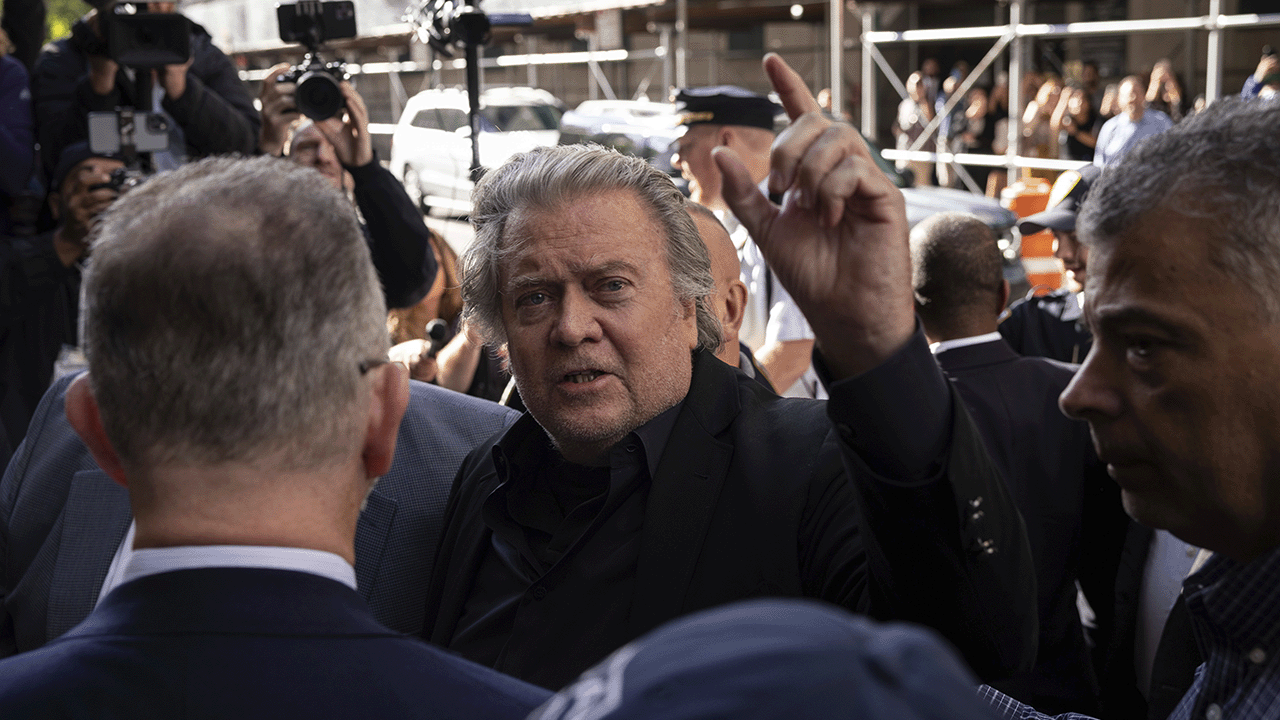 Former Trump strategist and podcaster Steve Bannon was indicted on state charges of money laundering, conspiracy, and fraud, relating to the private funding of a portion of the southern border wall.

Bannon surrendered himself on Thursday morning to law enforcement and is likely to plead not guilty during his arraignment, said Bannon’s attorney Robert Costello to CNN.

As detailed by CNN, New York State brought charges down against Bannon based on the same conduct he was charged with by federal prosecutors in 2020, which former President Donald Trump pardoned him for during his final days in office.

At the time, Bannon and three others were charged with defrauding donors in the border wall effort, after raising over $25 million in crowdfunding.

Although Trump may have pardoned Bannon for his alleged crime, presidential pardons do not apply to state charges.

In the indictment, an unnamed Bannon associate created an online fundraising platform to raise money to build a portion of the border wall. In the fundraiser, the organizer promised that “100% of the funds” would go toward the wall’s construction, and that neither he nor anyone else involved in the project would take a salary from the crowdfunding.

As seen on live streams and interviews, Bannon and his associates publicly stated that they would not take a salary in the “We Build the Wall” project.

In a text message, one of the associates informed Bannon that the claim “removes all self-interest taint on this,” and it “gives [the CEO] sainthood,” prosecutors allege.

Prosecutors stated in the indictment that Bannon publicly claimed he was acting “kind of as a volunteer” for the project, but that he allegedly helped to funnel hundreds of thousands of dollars to himself and his associates without public knowledge.

As detailed by Rebel News earlier this week, Bannon blamed the indictment on being politically motivated and appeared to deny guilt.