'They are coming after all of us, not only President Trump and myself,' stated Bannon. 'I am never going to stop fighting. In fact, I have not yet begun to fight. They will have to kill me first.' 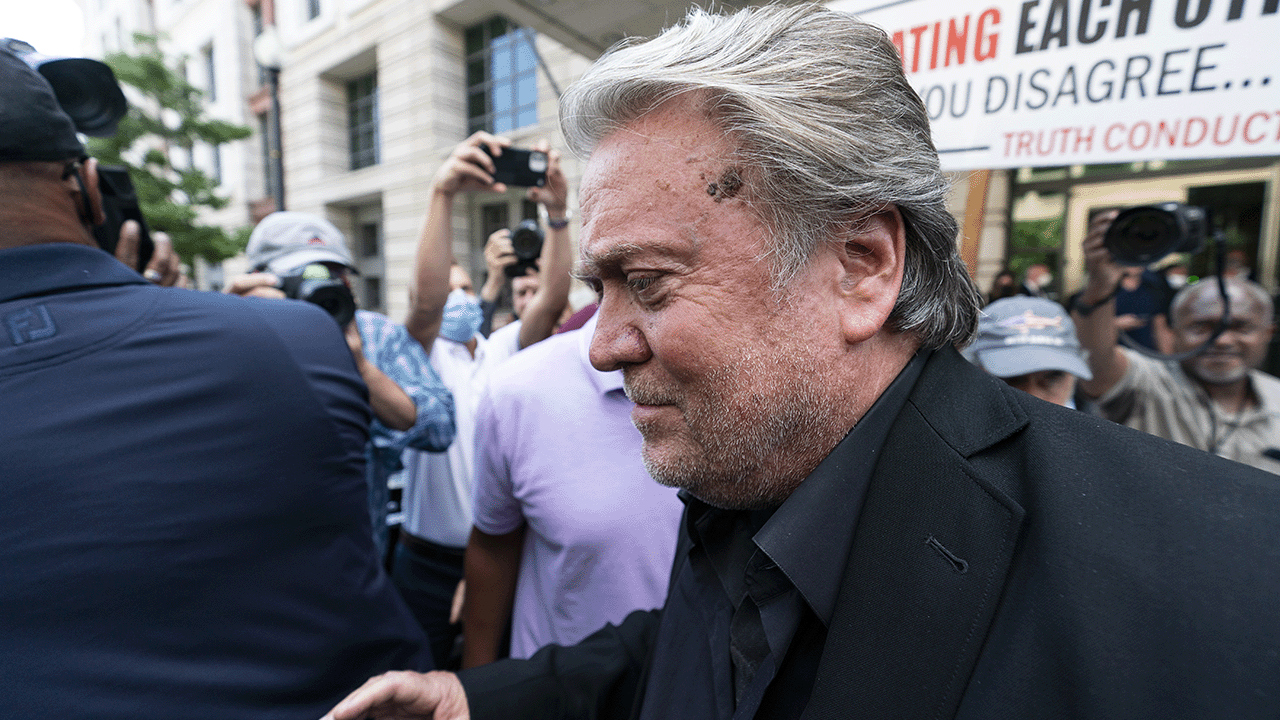 Steve Bannon, who advised former President Donald Trump early on in his 2016 campaign, stated that the indictment he is facing is a politically motivated attempt to silence him ahead of the 2022 midterm elections.

Bannon faces state-level charges in New York over his apparent involvement in a fraud scheme involving a privately-funded portion of the southern border wall. He is expected to turn himself in to the authorities later this week, the Daily Wire reported.

“Just days after being swatted three different times by deranged thugs from New York City inspired by the Biden Administration to assassinate me by police, the Soros-backed DA has now decided to pursue phony charges against me 60 days before the midterm election because [his show] is the major source of the MAGA grassroots movement,” Bannon claimed, referring to the swatting attempt on him last week.

“The SDNY did the exact same thing in August 2020 to try to take me out of the election. It didn’t work then, it certainly won’t work now. This is nothing more than a partisan political weaponization of the criminal justice system,” he added.

“They are coming after all of us, not only President Trump and myself,” stated Bannon. “I am never going to stop fighting. In fact, I have not yet begun to fight. They will have to kill me first.”

Former President Donald Trump pardoned Bannon in the federal case against him before handing the reins of power over to Joe Biden in early 2020. Bannon was charged in August 2020 for allegedly defrauding people who donated to a crowd-funding campaign to build a private section of the wall on the border.

The former political strategist is accused of stealing $1 million from the over $25 million raised to pay an alleged co-conspirator and hundreds of thousands in personal expenses. The other two men involved in the scheme, Brian Kolfage and Andrew Badolato, both plead guilty to one count of conspiracy to commit wire fraud. Kolfage also plead guilty to tax and wire fraud charges filed by the U.S. Attorney’s Office for the Northern District of Florida.

According to the Washington Post, the case against Bannon will be handled by Manhattan District Attorney Alvin Bragg, who is taking over the prosecution from his predecessor Cyrus Vance Jr.

Bannon’s new indictment comes after he was found guilty of one count of contempt for his refusal to appear for a deposition and another for his refusal to produce documents to the January 6 commission. Each count carries a maximum term of 30 days in jail and fines between $100 to $100,000.