Taliban painting over murals on Kabul streets, including commemoration of peace agreement with U.S.

The murals are apparently the product of a group of Afghan artist collective known as the “Artlords,” who painted numerous contemporary illustrations on walls and blast barriers. 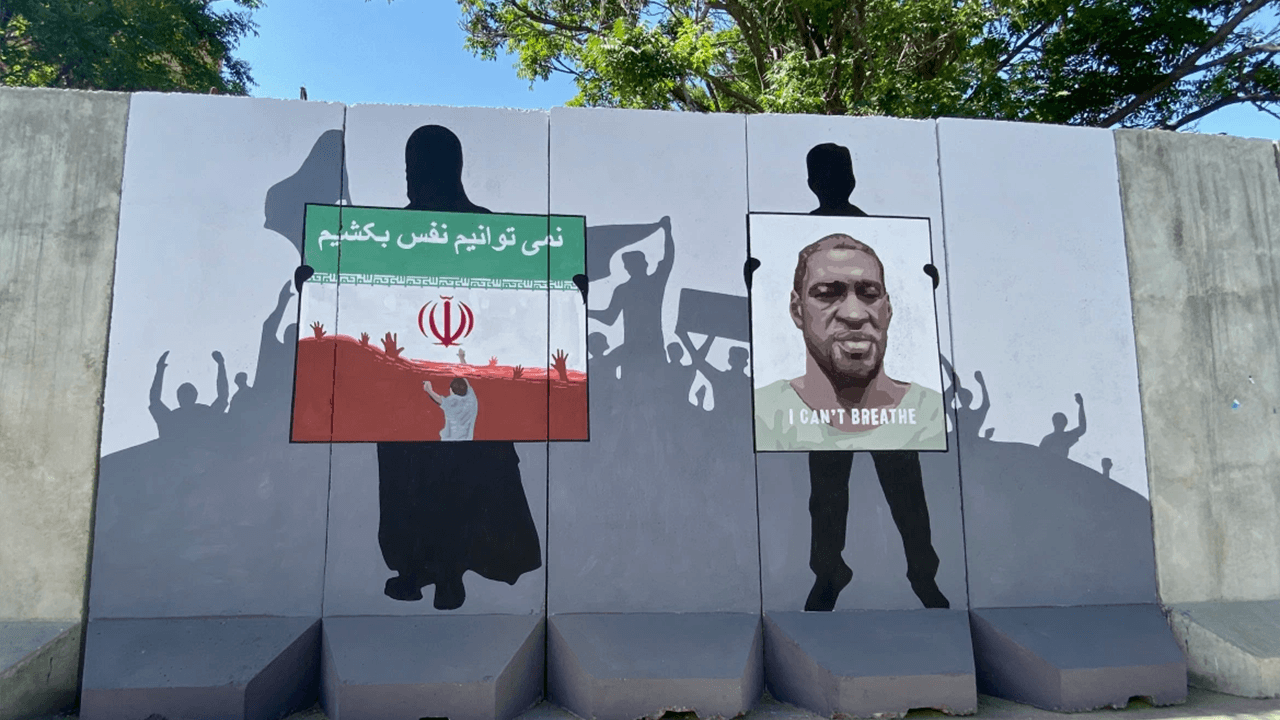 The Taliban has painted over a series of murals on the walls of Kabul, Afghanistan. The Islamist militants are now decorating the walls surrounding the former United States Embassy building with a giant painting of a Taliban flag, and have painted over murals lining the streets of the city, including a mural of George Floyd.

According to the New York Post, the Taliban have painted over the face of George Floyd with an Islamic slogan, and are replacing other such murals, including one commemorating the 2020 peace agreement between the Taliban and the United States with a Taliban victory message.

“The Taliban are whitewashing murals in Kabul, Afghanistan, depicting historic US social and political moments — including one commemorating their peace agreement with the US,” the Post reported Thursday.

“The streets of Kabul, which were once home to brightly colored murals honoring a murdered Japanese aid worker, the drowning of Afghan refugees in Iran, the peace agreement, the death of George Floyd, and others honoring social or political issues, are being replaced by paintings of Taliban flags and Islamic slogans,” the Post continued.

The murals are apparently the product of a group of Afghan artist collective known as the “Artlords,” who painted numerous contemporary illustrations on walls and blast barriers. The Guardian reports that the group painted over much of the city of Kabul for a period of eight years, until the Taliban marched in and commenced whitewashing their work.

The mural of George Floyd depicts the man who became a martyr of the racial justice movement in the United States after he died while in police custody in Minneapolis. The mural depicts the silhouette of a man holding a picture of Floyd, which is captioned “I can’t breathe,” and a silhouette of a woman holding a picture of drowning Afghans. It is intended to draw a connection between Floyd’s death and the death of Afghan migrants who drowned while trying to enter Iran. The previous Afghan government claimed that Iran threw a group of migrants into the river after torturing them. The mural of Floyd has not been painted over yet, but may be soon.

Omar Sharifi, a member of the Artlords, told the Guardian that the Taliban did not understand the concept of the artwork and was trying to sanitize the city to comply with their interpretation of sharia law, which prohibits the creation and enjoyment of art, music, and dance.

“Our aim was to promote critical thinking and put pressure on the government to accept people’s demands,” Sharifi said, according to the Guardian. “Taliban was and is an armed movement that only understands guns, violence, beating, beheading, suicide vests and bombs. There is no vocabulary about art in the Taliban’s dictionary. They even cannot imagine art. I think they don’t understand it, that’s why they are destroying it.”

“These murals not only belong to me or the Artlords, they belong to the people of Afghanistan because for each of them we invited 50 to 200 people to paint them,” he said, adding, “These are about the wishes, demands and the asks of Afghan people. It was their voice on these walls. These murals were against corruption and were pushing for transparency.”

And it begun. The Taliban have started painting over our murals. They started with the historic one that marked the signing of #DohaDeal. #BaradarKhalilzadMural is no more. Instead, the black and white message says don’t trust the enemy’s propaganda, quoting Mullah Haibatullah. pic.twitter.com/Pls4McUQkj