"Segregation is wrong, and we want our freedoms back in Canada" 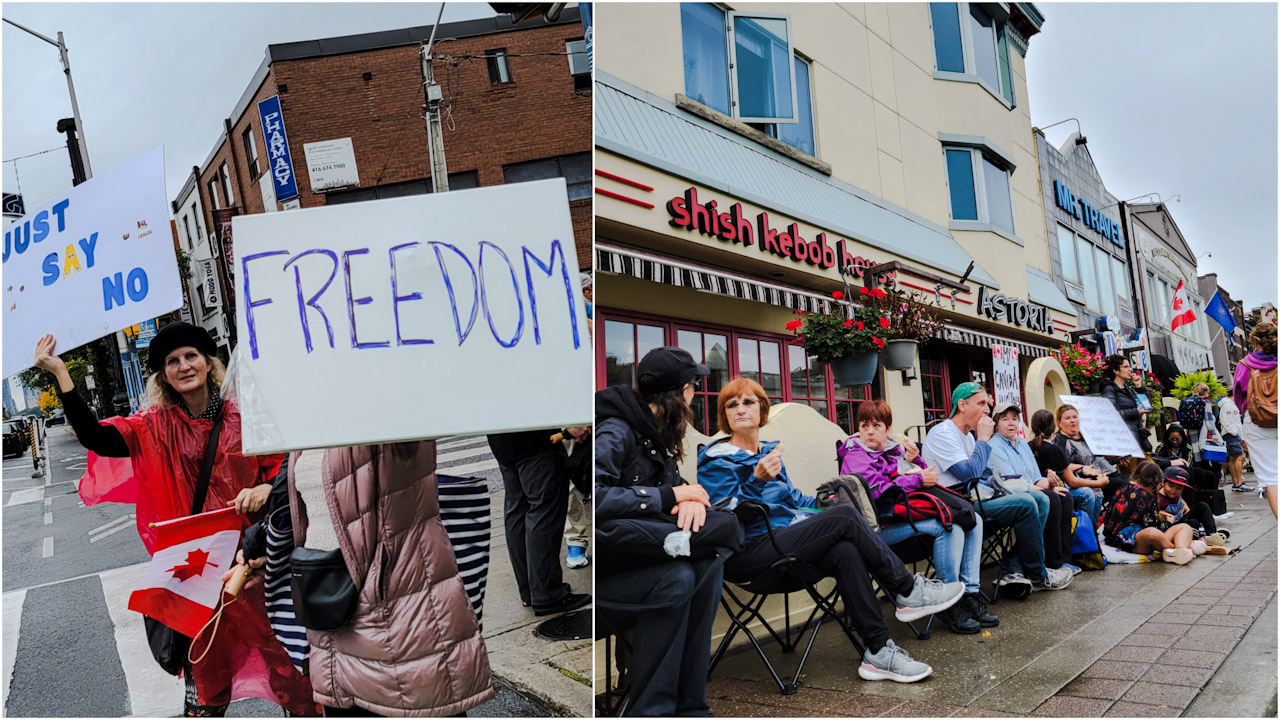 Danforth Avenue, also known as Toronto's Greektown, is where protesters chose to demonstrate Saturday against provincial and federal vaccine mandates by picnicking in front of local restaurants.

Here is the scene at the picnic protest against vaccine mandates here in Toronto's Greektown.

Protestors in France, in defiance of their own vaccine passport, started the phenomenon of picnicking in front of restaurants that choose to enforce it. In the last two weeks, hundreds of Albertans in Calgary did the same, for which Rebel reporter Adam Soos was on the scene.

Over a hundred Torontonians showed up on the streets of Danforth to demonstrate. Cars and people walking by showed their support. The crowd chanted: "Freedom!"

The lead organizer of the protest, Rose, said the point of the peaceful picnic is to raise awareness and educate Canadians on their rights.

Here at The Danforth in Toronto where a “picnic protest” is taking place against Vaccine Passport mandates. https://t.co/bW2pfgj06F @RebelNewsOnline pic.twitter.com/0uffd3lJzY

"Segregation is wrong, and we want our freedoms back in Canada," said Rose. "Businesses should not be discriminating, it's illegal to ask for your personal medical information."

"The point of the protest is to raise awareness and to educate people. Vaccine mandates are against our Charter of Rights and Freedoms. Canada is becoming an open prison because you need a passport to travel domestically and now internationally to leave the country."

If you are a business owner that wants to show that you won't be discriminating against patrons based on their medical status, head over to WeWontAsk.com for a free sticker to put up at your business.

Here at Rebel News we are opposed to Canada's vaccine mandates — and we have a campaign for top notch lawyers across the country to fight back. If you'd like to support our legal fund, please head over to FightVaccinePassports.com. We are working in partnership with a registered charity, The Democracy fund, and your donation will be tax deductible. At that same site, you can tell us your story — and if it has merit, we will report on it, and potentially provide you with legal assistance free of charge.