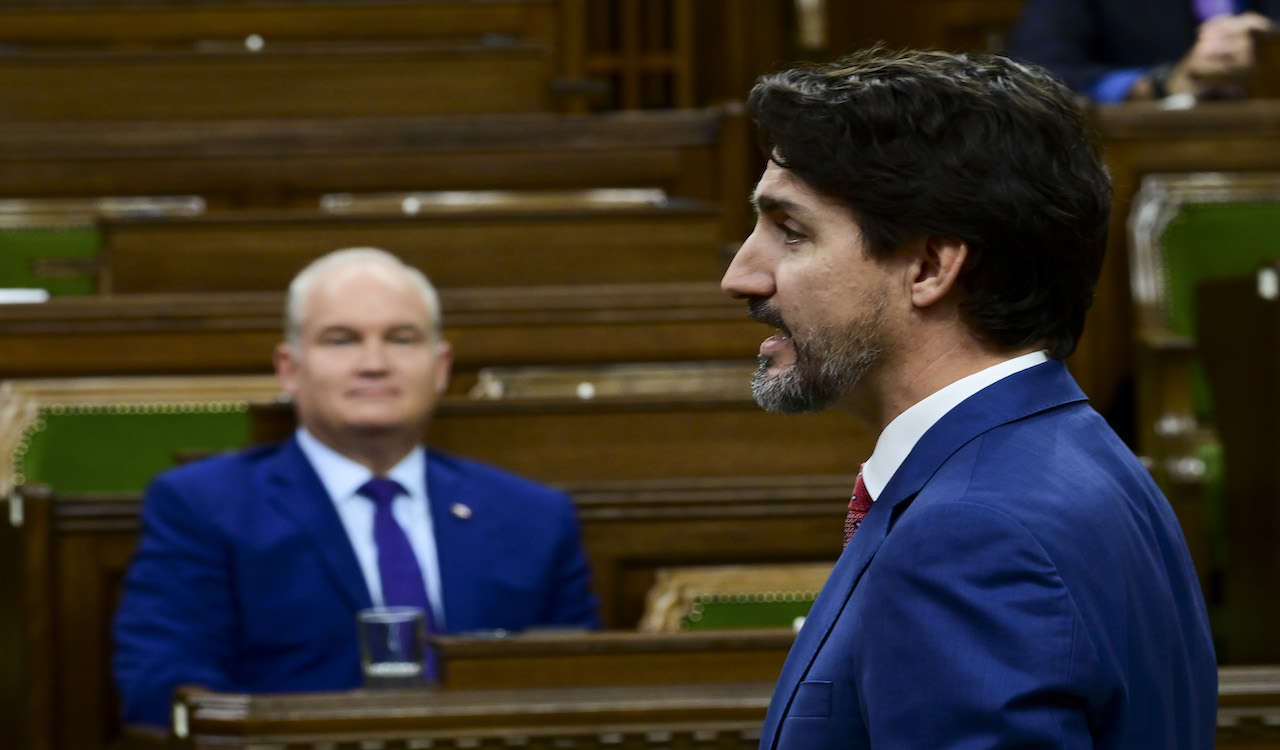 Prime Minister Justin Trudeau has claimed that there are politicians in Alberta who are helping fan the flames of political division in the country.

Trudeau's comments were made during an appearance on 630 CHED, an Edmonton-area talk radio station.

While appearing on 630 CHED Mornings with @chelseabird3 and @ShayeGanam, Trudeau said the political division is the reason Alberta isn't using the federal COVID-19 alert app yet. https://t.co/MnMzNhjZgx

“There is a bit of a political division that unfortunately sometimes takes the place of everything else,” Trudeau told the station.

The prime minister's comments came in response to criticism from politicians like Alberta Energy Minister Sonya Savage. Following the Trudeau government's announcement of a ban on single use plastics, Savage told Trudeau to “Stay in your own lane, stay within your own constitutional bounds.”

“Those plastics are going to be manufactured somewhere, and if it’s not here in Alberta, it’s going to increase manufacturing in other places. We need it in Alberta to diversify the economy and create jobs.”

If this is true, its one of the best accomplishments of the UCP to date. https://t.co/FIyhdyU9cX

The Albertan government felt the new plastics ban would be infringing on the plan it already had in place, which would see any plastics manufactured in the province use natural gas, while also enhancing recycling techniques to make sure to include more recycled plastic in the manufacturing process.

Trudeau however, suggested that his government's plan to ban specific, single-use plastics would also feature a "significant" recycling program so that the country would still see economic benefits, while reducing the amount of plastic piling up in landfills, telling 630 CHED that “a lot of the things that we’re doing actually do align with what a lot of really thoughtful people and businesses in Alberta are already going towards.”

As Pierre Trudeau's National Energy Program turns 40, Albertans are reminded of the devastating consequences of this ill-advised policy.

As history has taught us, hurting Alberta’s energy undermines national unity & the economic future of all Canadians.https://t.co/0XWN1ugS32

He further defended his government's efforts in Alberta, a province where his Liberal Party didn't win a single seat in the 2019 federal election, by citing his response to COVID-19 supports like the emergency wage subsidy and CERB and investments made in orphaned wells and emissions reductions funding.

Getting Alberta's oil to new markets was another point of emphasis for the prime minister, saying “we’ve bought a pipeline in Trans Mountain, which is being built right now because we understand how important it is to get oil to new markets.”

He defended his government’s actions by pointing to COVID-19 supports like the emergency wage subsidy and CERB, as well as saying his government has “consistently” been there to support Alberta, “whether it’s a billion dollars for orphaned wells, whether it’s hundreds of millions of dollars for emissions reductions funds.”

“We’ve bought a pipeline in Trans Mountain, which is being built right now because we understand how important it is to get oil to new markets.

Trudeau said that it’s important to get oil to those markets while working to transform the economy to emit less carbon and said that “Alberta ingenuity” will be needed to get that done.

“As others play politics and focus on me, I’m going to stay focused on Canadians.”