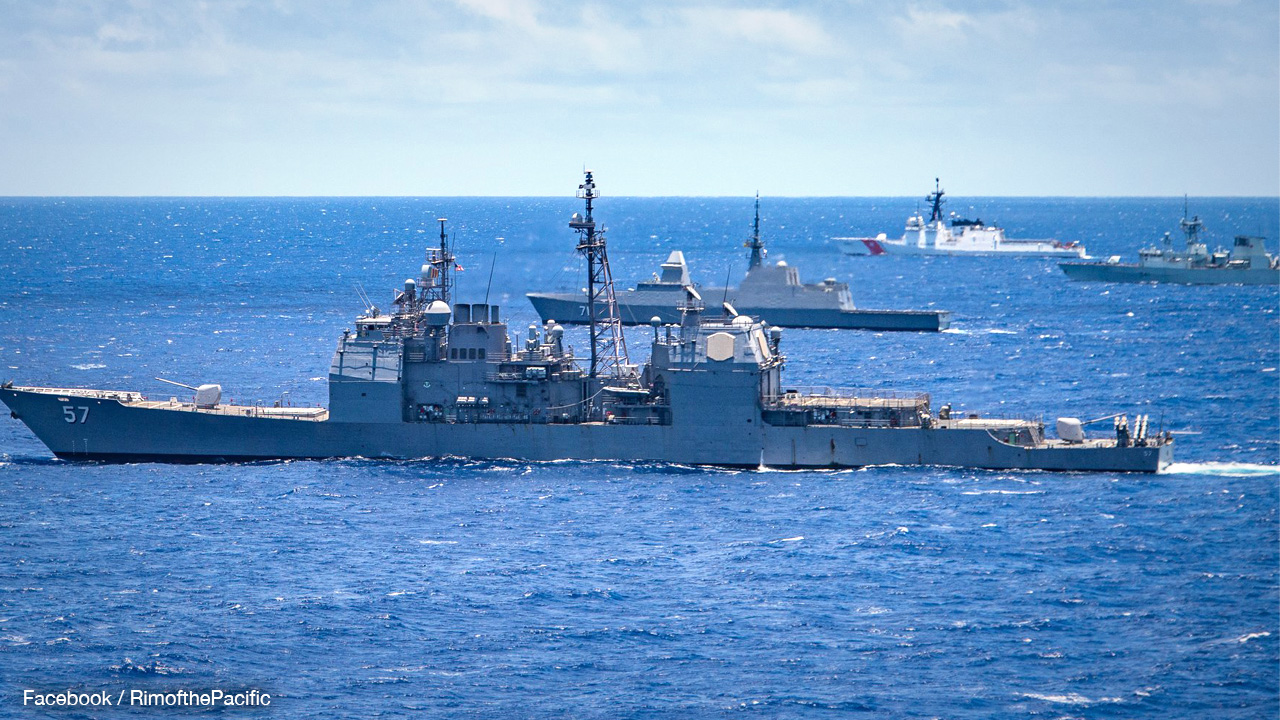 The United States may be replacing China’s presence at the world’s largest multinational naval war games with the country’s neighboring rival, Taiwan.

China’s relationship with the United States has severely deteriorated following its attempts to cover up the initial outbreak of the coronavirus, and the US has responded by cracking down on China’s espionage attempts. On June 16, Rebel News reported that the FBI is investigating 175 National Institute of Health scientists for failing to disclose their financial ties to China.

China’s increased efforts to expand its naval presence in South East Asia has also led to an escalation in tensions between the two countries.

China last participated in the US-led exercise in 2018, but was disinvited from this year’s event over its deployment of military assets in the South China Sea, over which China unlawfully claims sovereignty, to the objection of its neighbors in the region.

On Friday, the Taiwanese Foreign Ministry thanked US lawmakers for calling for their inclusion in the upcoming war games, called the Rim of the Pacific (RIMPAC) Exercise. US lawmakers in the Senate Armed Services Committee made the proposal in a draft of the 2021 National Defense Authorization Act, which passed on Thursday.

The full Senate is expected to vote on the package very soon.

Taiwanese defense minister Yen De-fa expressed his hopes in May for the nation’s inclusion in RIMPAC. Taiwan News reports that in the upcoming RIMPAC, which is scheduled for August, 20 countries will be expected to participate, excluding China. Taiwan’s invitation to the international naval exercise would be the first time it has ever been allowed to partake.

Per Newsweek, the bill calls for strengthening military ties between Taiwan and the United States, which includes "conducting practical training and military exercises with Taiwan, including, as appropriate, the Rim of the Pacific exercise, combined training at the National Training Center at Fort Erwin, and bilateral naval exercises and training."

The move is no doubt controversial given former Vice President Biden’s efforts to court China, to the neglect of Taiwan. Ties between Taiwan and the United States have been tepid since China established formal ties with the US in 1979.

China maintains that it owns Taiwan and does not recognize the legitimacy of the island nation’s democratic government. It has gone so far as to exclude Taiwan from membership in the World Health Organization. In May, the WHO banned Taiwan from participating at its yearly World Health Assembly meeting to appease its benefactors in the Chinese Communist Party.