'He got so angry with me and he blew up and refused to give me the money and then just wouldn’t answer the calls anymore,' veteran Rich Osthoff told CNN. 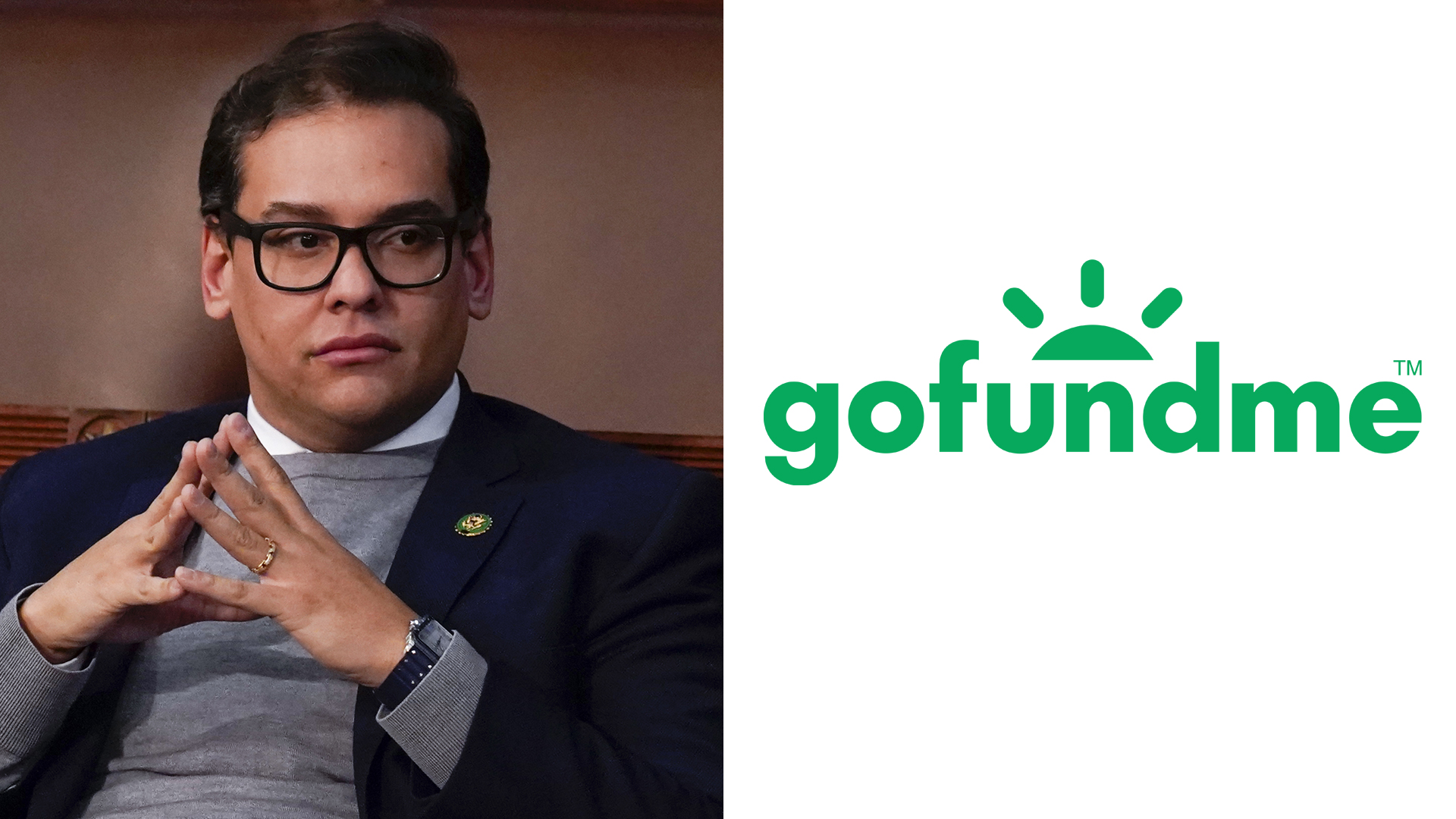 In 2016, U.S veteran from New Jersey, Rich Osthoff was homeless after having lost his job and house. He had a service pit bull named Sapphire who unfortunately developed a tumor back in 2015.

Founder of New Jersey Veterans Network, and mentor and friend of Osthoff, Michael Boll told CNN he “took Osthoff under his wing as part of the charity’s mentorship program and tried to get help for his dog.”

Boll said a mutual friend connected the two veterans with Santos, who told them Santos was frequently involved with helping and rescuing animals.

Boll and Osthoff both knew Santos by the name Anthony Devolder, they said.

A post from the Facebook profile of George Devolder links to a GoFundMe raising surgery funds for the dog.

According to Patch, the pet charity was called ‘Friends of Pets United.’

Anthony Devolder is one of the names that Long Island Rep. George Santos used for years before entering politics in 2020.

Santos faces multiple criminal investigations after reports surfaced that he fabricated much of his resume during his congressional campaign.

Many Democratic and Republican lawmakers on Long Island are calling for him to resign.

According to Boll, The fundraiser eventually raised around $3,000, but then it was inaccessible.

After Osthoff tried accessing the GoFundMe money, “Santos became uncooperative,” he told CNN.  “At first saying Osthoff needed to take his dog to a veterinary clinic of Santos’ choice, then claiming another clinic wouldn’t accept Santos’ form of payment.”

I had to jump through hoops and do everything his way.

He was just totally ,totally difficult. One obstacle after another.

"At one point, Santos told Osthoff directly that he wouldn’t be getting the money," reported CNN. "Osthoff said he accused Santos of running a bogus charity, and Santos became confrontational."

"He got so angry with me and he blew up and refused to give me the money and then just wouldn’t answer the calls anymore," Osthoff said.

Santos texted Semafor saying, "Fake. No clue who this is," in denying his knowledge about any schemes or scamming involving a pet charity.

Santos was reluctant to speak with both veterans back then, and Sapphire ended up dying on Jan. 15, 2017.

Osthoff came out recently and discovered that Anthony Devolder and George Santos were the same person.

Osthoff told CNN that Sapphire was his savior, and she is what kept him on this planet. He also had to panhandle for payment to afford her euthanization.

A video has surfaced on Twitter by the user Patriot Takes, and Santos was there addressing himself as Anthony Devolder at an event in New York.

"My name is Anthony Devolder. I'm a New York City resident. I've recently founded a group called United for Trump, so if you guys want to follow, that would be awesome," Santos said.

In 2019, George Santos introduced himself as Anthony Devolder, the founder of “United for Trump,” during a Q & A session at a “Walk Away LGBT” event in NYC.

In an interview with CNN's Anderson Cooper, former friend and roommate of George Santos, Gregory Morey-Parker spoke out confirming that Santos used to go by different aliases.

He would say, 'Oh well, the Jews will give more if you're a Jew.' And so that's the name he used for his GoFundMe.

"In December I started seeing him [George Santos] on TV," Rich Osthoff told CNN. "I recognized his face, and it just turned my stomach when I saw him."

Rich Osthoff was scammed out of the $3,000 that was meant to help save his dying dog, and sadly Sapphire did die. The veterans claim someone scammed them, and fingers are pointing towards George Santos.