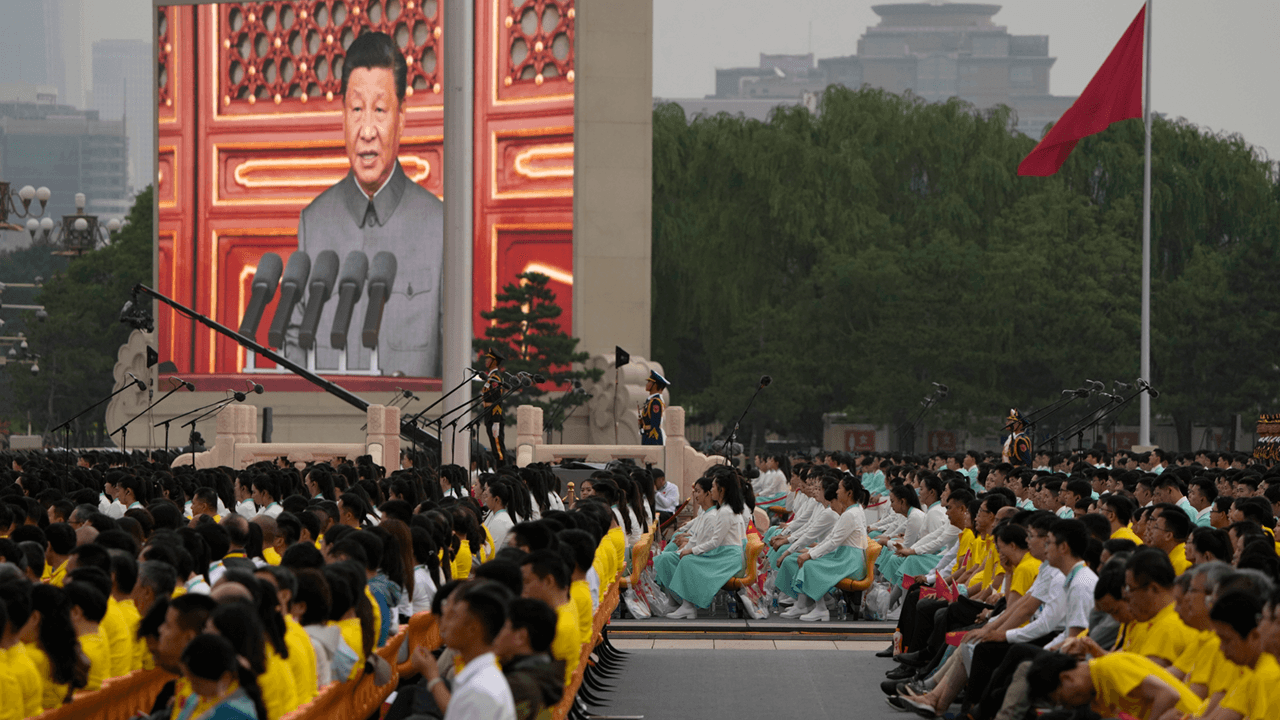 Chinese communist leader Xi Jinping celebrated the Chinese Communist Party’s 100th anniversary this week with a promise to take over Taiwan. He did so through rhetoric about “unification” with the sovereign island nation that has come under increasing encroachment by the Chinese military.

His announcement coincided with intelligence showing that China is ramping up its nuclear arsenal through the construction of significant numbers of ICBM launch sites intended to bring China’s capabilities up to par with its nuclear rivals.

Xi proclaimed in his speech that the country is working toward a “peaceful national reunification” with Taiwan, but military experts dispute his claims of peaceful intent, citing China’s acceleration of its modernization programs to develop the military capabilities enabling a hostile takeover of Taiwan. The advances in military technology would advance the schedule by almost a decade from 2035 to 2027.

During the speech, Xi championed the development of the Chinese military to safeguard the country against hostile foreign threats as Europe, Australia and the United States try to hold China accountable for unleashing the coronavirus pandemic that originated from China.

“We must accelerate the modernization of national defense and the armed forces. A strong country must have a strong military, as only then can it guarantee the security of the nation. At the point that it was engaged in violent struggle, the Party came to recognize the irrefutable truth that it must command the gun and build a people’s military of its own.

“The people’s military has made indelible achievements on behalf of the Party and the people. It is a strong pillar for safeguarding our socialist country and preserving national dignity, and a powerful force for protecting peace in our region and beyond. On the journey ahead, we must fully implement the Party’s thinking on strengthening the military in the new era as well as our military strategy for the new era, maintain the Party’s absolute leadership over the people’s armed forces, and follow a Chinese path to military development.

“ We will take comprehensive measures to enhance the political loyalty of the armed forces, to strengthen them through reform and technology and the training of competent personnel, and to run them in accordance with the law. We will elevate our people’s armed forces to world-class standards so that we are equipped with greater capacity and more reliable means for safeguarding our national sovereignty, security, and development interests.”

“Resolving the Taiwan question and realizing China’s complete reunification is a historic mission and an unshakable commitment of the Communist Party of China,” Xi said. “We must take resolute action to utterly defeat any attempt toward ‘Taiwan independence,’ and work together to create a bright future for national rejuvenation. No one should underestimate the resolve, the will, and the ability of the Chinese people to defend their national sovereignty and territorial integrity.”