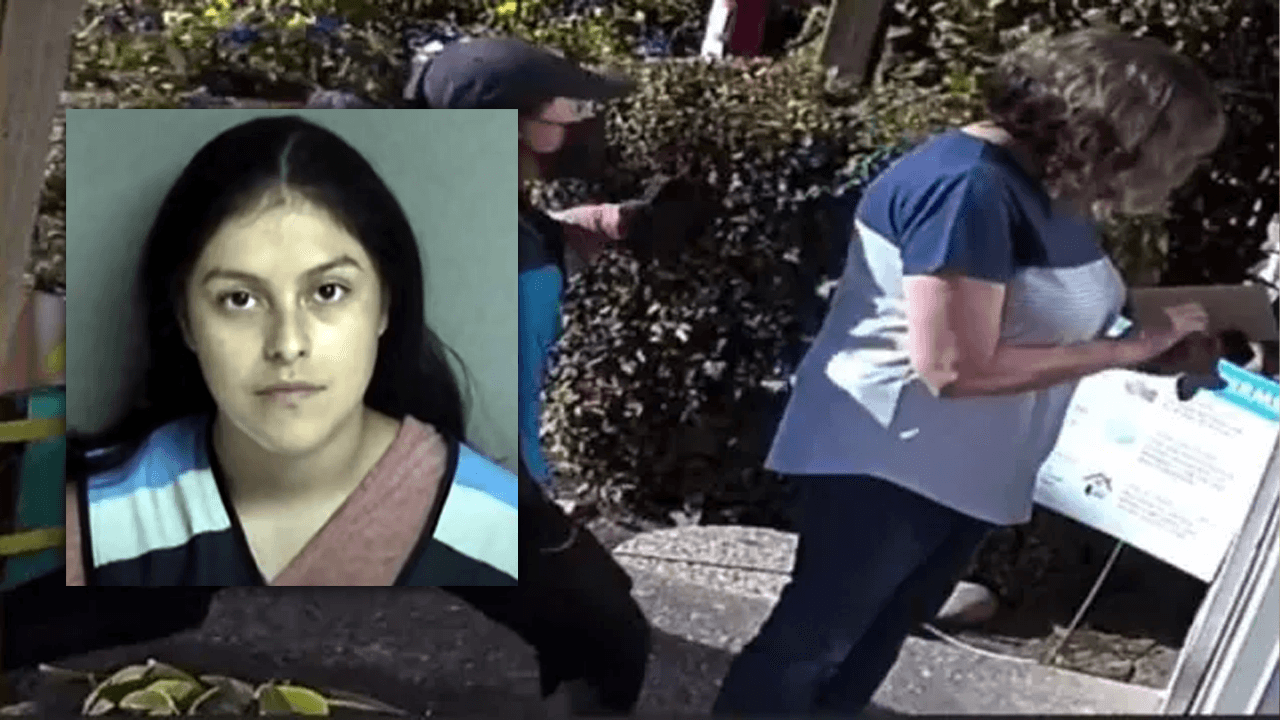 An Amazon delivery driver in California allegedly told an elderly woman to check her “white privilege” before assaulting her.

Deputies from the Alameda County Sheriff’s Office arrested 21-year-old Itzel Ramirez over the alleged assault of a 67-year-old woman over a package dispute, shortly after receiving a 911 call from the victim. KVTU reports that the victim told police that Ramirez punched her at least 10 times around the face and head.

Shocking footage of the assault was captured on surveillance video, which was shared on social media by KRON4 reporter Maureen Kelly.

Ramirez was arrested on suspicion of battery causing serious bodily injury and elder abuse, both of which are felonies. In contradiction to what is seen in the video, Ramirez told police that she was acting in self-defence. Her bail has been set at $100,000. It is unknown if she will be charged with a hate crime.

According to the owner of Vista Creek Apartments, where the victim lives, the incident began when the victim received an alert that her package had been delivered but could not find the package in the lobby, where it was supposed to be.

The victim then asked Ramirez about the package, when she was reportedly told that she would be receiving the package soon. The victim waited around 15 minutes in the lobby before going back outside to confront the delivery driver.

"I believe the Amazon driver said something about ‘your white privilege,’ and my tenant said, ‘You don’t need to be a bitch about it,' turned around and walked away," the apartment owner told KVTU.

A spokesperson for Amazon told Fox News that Ramirez has since been terminated and that the incident “does not reflect the high standards we have for drivers who deliver our packages.”