Marking the 105th anniversary of the Armenian genocide 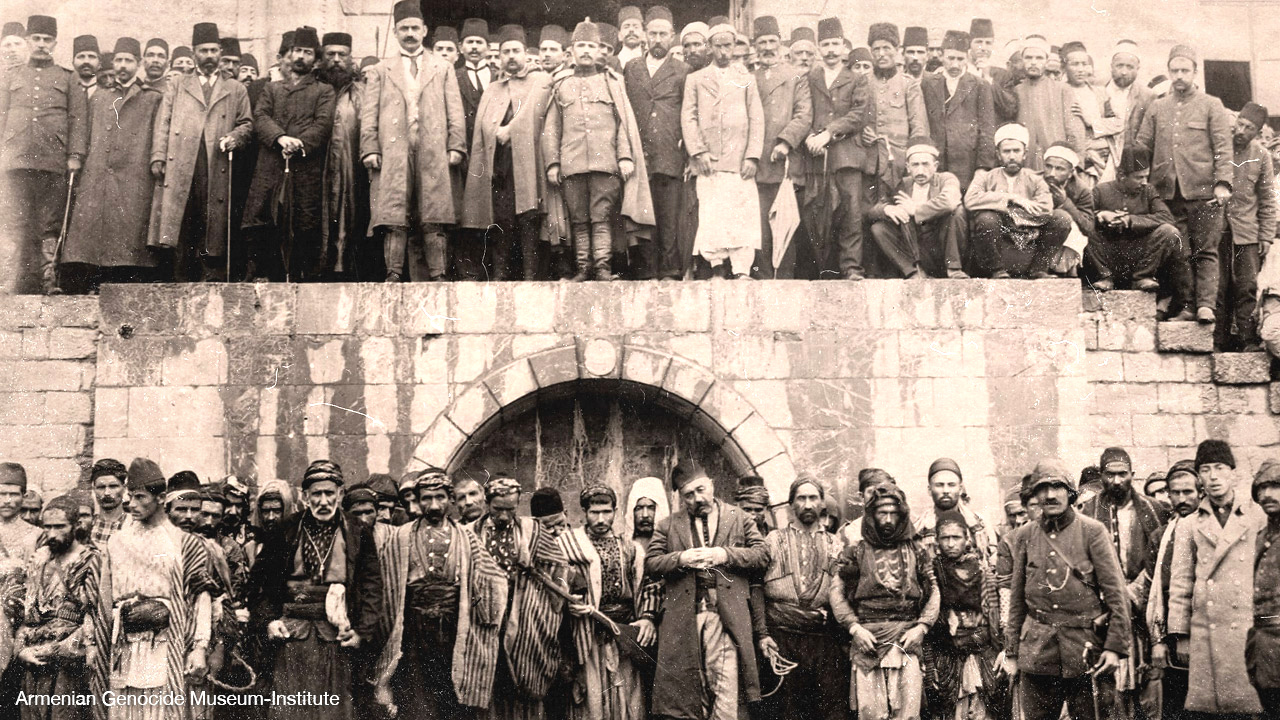 Today marks 105 years since the Ottoman Government began the systemic enthic cleansing of of Christian Armenians known as the Armenian Genocide. Between 1915 and 1923, 1.5 million ethnic Armenians were purged, either though deportations or murder from Turkey, and adjoining regions of the Ottoman Empire.

In 1908, a group of “Young Turks” overthrew Sultan Abdul Hamid and established a more modern constitutional government. Young Turks wanted to “Turkify” the empire. Non-Turks – and especially Christian non-Turks – were a grave threat to the new state.

In 1914, the Turks entered World War I on the side of Germany and the Austro-Hungarian Empire. At the same time, Ottoman religious authorities declared a holy war against all Christians except their allies.

On April 24, 1915, the Armenian genocide began. That day, the Turkish government arrested and executed several hundred Armenian intellectuals. After that, ordinary Armenians were turned out of their homes and sent on death marches through the Mesopotamian desert without food or water. Frequently, the marchers were stripped naked and forced to walk under the scorching sun until they dropped dead. People who stopped to rest were shot.

At the same time, the Young Turks created a “Special Organization,” which in turn organized “killing squads” or “butcher battalions” to carry out, as one officer put it, “the liquidation of the Christian elements.”

These killing squads were often made up of murderers and other ex-convicts. They drowned people in rivers, threw them off cliffs, crucified them and burned them alive. In short order, the Turkish countryside was littered with Armenian corpses.

Records show that during this “Turkification” campaign, government squads also kidnapped children, converted them to Islam and gave them to Turkish families. In some places, they raped women and forced them to join Turkish “harems” or serve as slaves. Muslim families moved into the homes of deported Armenians and seized their property.

In a statement to commemorate the day, Alberta Premier Jason Kenney said:

“Genocide has deeply scarred the Armenian people. It is imperative that we, and all free peoples, preserve the memory of the atrocities inflicted on them.”

To this day, the Turkish Government continues to reject calls to recognize the mass murder of Christians committed by the Ottomans. In 2015, President Erdogan described the systemic rapes, mass executions and forced marches as “reasonable”:

“The relocation of the Armenian gangs and their supporters who massacred the Muslim people, including women and children, in eastern Anatolia, was the most reasonable action that could be taken in such a period”