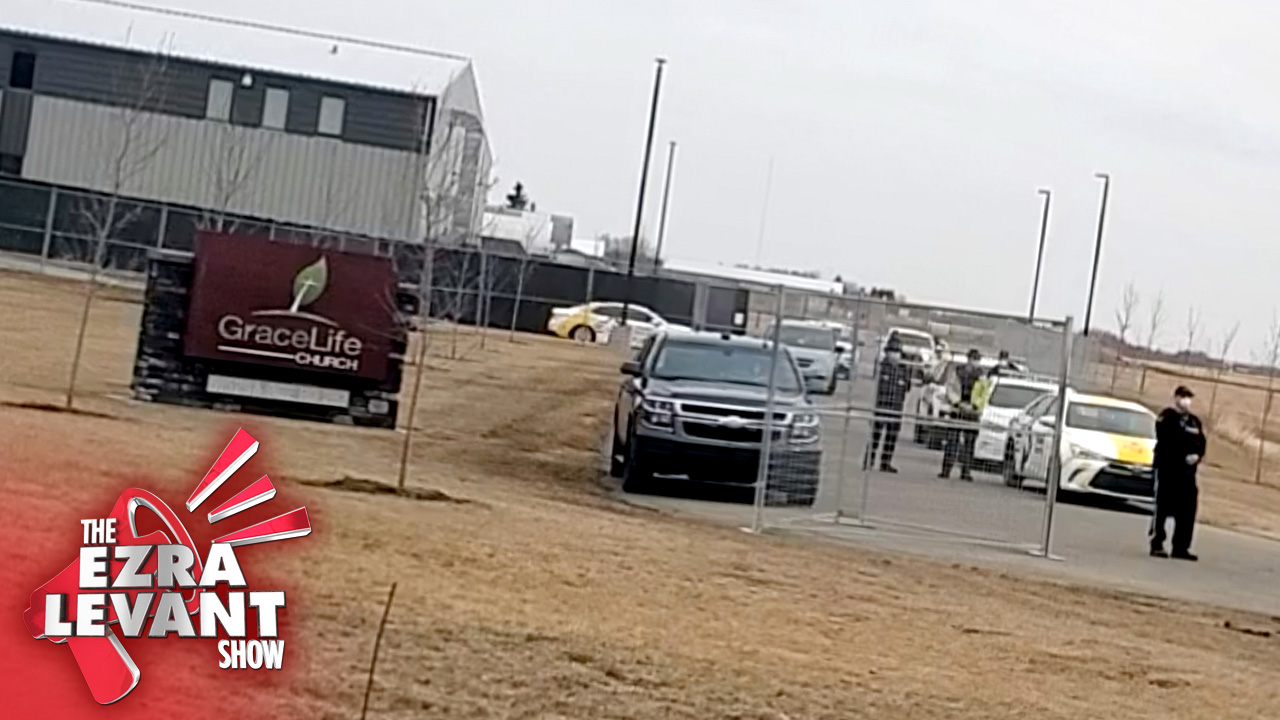 It’s been a day now. And the Alberta government has solidified its physical occupation of the GraceLife Church outside Edmonton.

They’ve built a fence around it; they’ve put a tarp around it to block people from seeing what they’re doing to it. They’ve hired rent-a-cop mall cops to patrol it. They’ve brought portable toilets on site.

Just stop for a second.

The government has physically taken over a church, evicted its pastor and all of its congregants, has occupied it with guns, and just to show what they think of any sacredness of the place, they’ve brought toilets.

They’ve moved in toilets to the church, as if their metaphor needed to be more obvious.

Of course, this is the same government that threw this same church’s pastor in prison for 35 days. Maximum security prison. No visits from his wife and kids.

Hey, can I ask you a question: can you name a single way in which the so-called Conservative Party’s treatment of this church is any different from how the NDP would have handled it, were they in office?

Seriously, other than dynamiting the church, as the Taliban would do, what more could the NDP do that the Tories aren’t?

In fact, it would probably be better if the NDP were in power now; they would do what the UCP is doing; but at least then you’d find a few more so-called Conservative MLAs speaking out against the lockdown and maybe even pretending to care.

They’re all awful, aren’t they? And they’re all the same.