The new high includes 11,960 families with children, which make up around 38,000 homeless people living in the shelter system, alongside 19,998 single adults who comprise mostly of men. 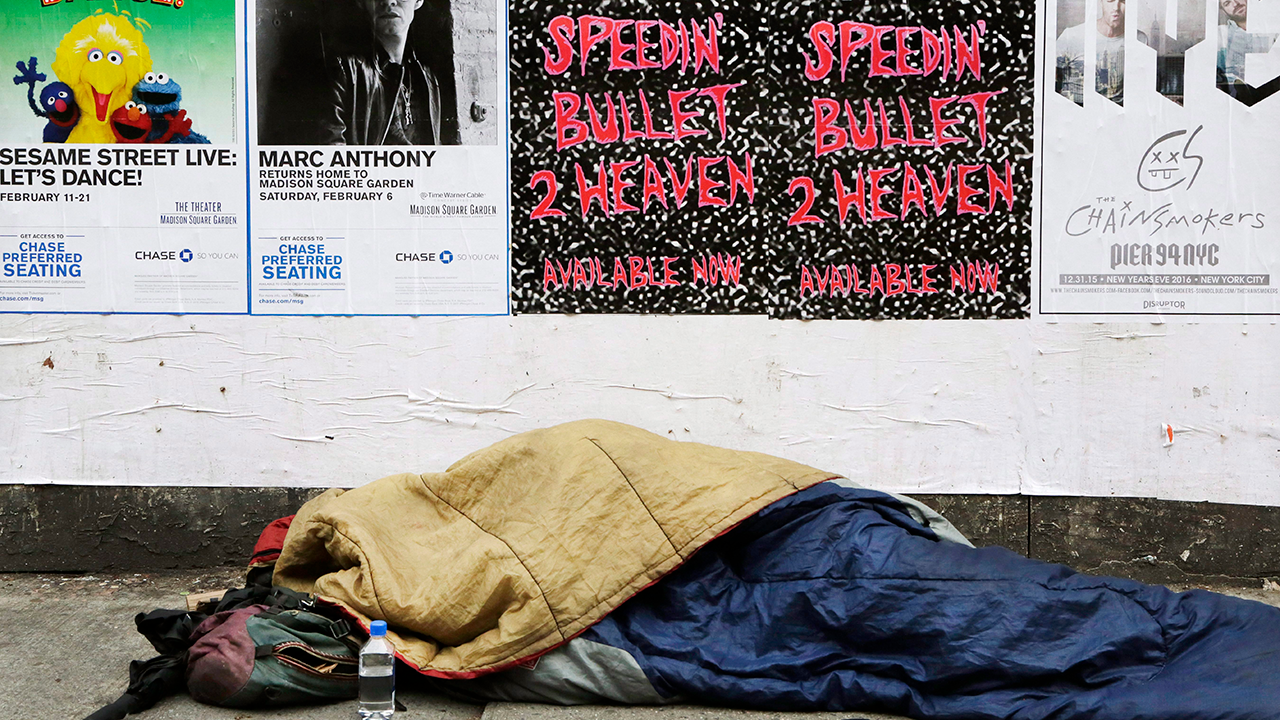 New York City’s homeless shelters are running out of space as the city’s homeless population has hit record highs following an influx of migrants who illegally crossed the U.S. southern border.

In the latest statistics released by the city’s Department of Homeless Services on Tuesday, 62,556 people are currently registered in the city’s shelter system, far surpassing the previous record set in 2019. The numbers do not include homeless people not registered with the shelter system.

The new high includes 11,960 families with children, which make up around 38,000 homeless people living in the shelter system, alongside 19,998 single adults who comprise mostly of men.

“As the numbers of asylum seekers entering New York City continues to increase without an end in sight, the city’s family-focused Humanitarian Emergency Response and Relief Center will soon open to serve families with children and provide them with the care and compassion they deserve. Our team will continue to work with these families and assess if they want to actually stay in New York City and, if not, help them get to their desired destinations,” said NYC Mayor Eric Adams earlier this week.

“This is not an everyday homelessness crisis, but a humanitarian crisis that requires a different approach, and these humanitarian emergency response centers will take on a multitude of looks with the similarities that they will all help triage and provide immediate support to arriving asylum seekers. We will continue to respond with care and compassion as we deal with this humanitarian crisis made by human hands,” he added.

Adams has sought to alleviate the burden on the city’s shelter system by negotiating a deal with cruise ship companies to shelter migrants — a move that has drawn significant criticism from homeless advocacy groups like the NYC Coalition for the Homeless and the Legal Aid Society.

“Given the limited number of spaces in New York City where a cruise ship could dock, we’re especially concerned with individuals’ and families’ ability to access jobs, health care, schools, childcare, legal assistance, community-based services, and other critical resources,” said a joint statement by the two advocacy groups, SILive reported.

The groups called on the mayor to move the long-term homeless who’ve lived in the city’s shelter system into permanent housing by reducing bureaucracy and increasing access to local housing vouchers.