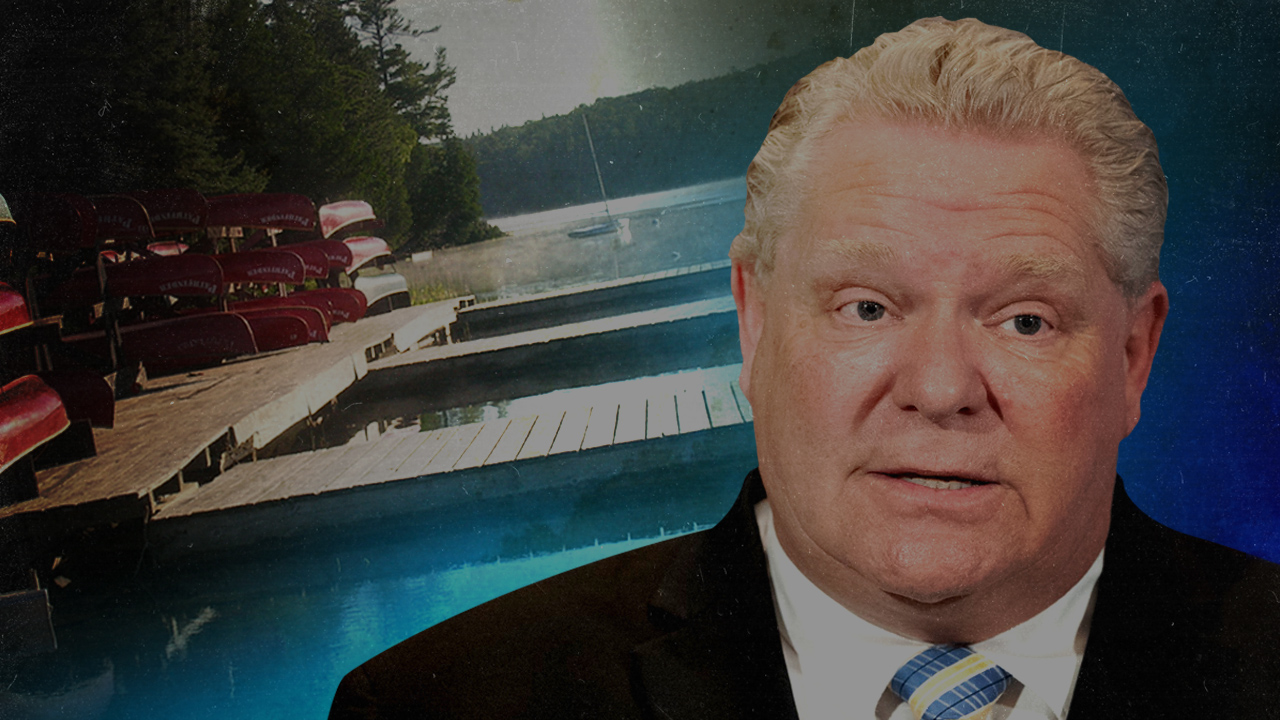 This just in! Rebel News has obtained video evidence that hundreds of space-alien flying saucers recently touched down upon Trinity Bellwoods Park in Toronto!

This was made clear (somewhat) by the urban crop circles left behind on the park grass by the spacecraft – some 400 circles, in fact. Granted, there is no actual evidence of bona fide flying saucers, but then again, these clever aliens might be employing cloaking devices.

Oops. Scratch that. Turns out we jumped the gun. Alas, those circles have nothing to do with an alien invasion of Hogtown, but rather, it is all part of a scheme by Mayor John Tory to ensure that there shall be no enormous congregation of young people (or, “white people”, if you subscribe to the Toronto Star) at Trinity Bellwoods in the days ahead.

Alas, Toronto’s Wuhan virus day of infamy occurred last Saturday when thousands of people crammed into Trinity Bellwoods to chill out and soak up the sun. Given the violation of social distancing rules, this made Mayor Tory blow a gasket. And he made sure to say so by stomping into the park to rant… and (again) break social-distancing rules himself in the process. But the mayor is a lucky duck – yet again he did not receive one of those $880 tickets from the Pandemic Police.

Moving forward, thanks to these new whiz-bang circles (cost per circle: $12), Torontonians can now converge at the park and make sure they comply with social-distancing etiquette by staying in their own little circles, each circle being at least two metres away from other circles.

Isn’t that great? Isn’t that special? It is an idea lifted from San Francisco, so you know it’s gotta be good – like that other idea lifted from ‘Frisco: sanctuary city (which has really caught on in Toronto given the number of filthy tent cities springing up these days.)

Oh, and if all you squares out there do not obey the boundaries of those circles, Mayor Tory vows bylaw and law enforcement will be keeping a sharp eye on the city’s children – er, I man the citizens – and violators will indeed be fined $880.

So, have a nice day at the park, residents of Toronto! But don’t you dare violate those Wuhan virus boundaries – or else!