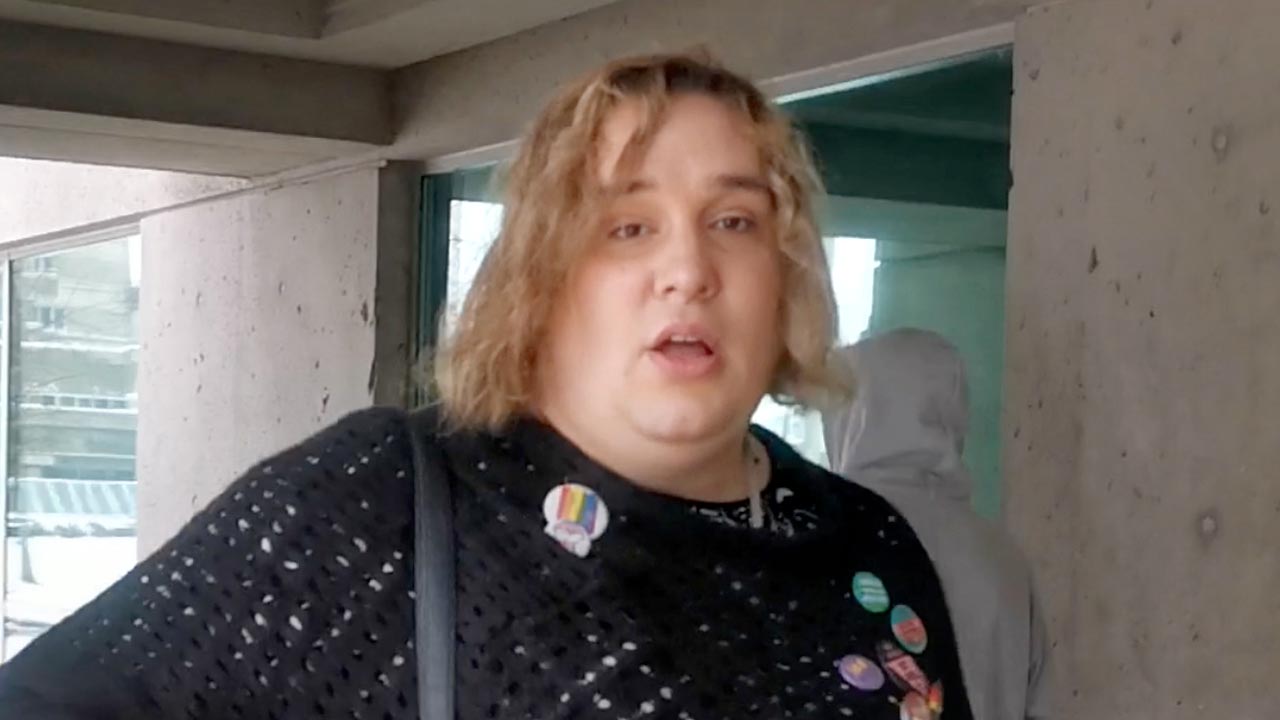 This article will be routinely updated with news pertaining to the several court cases which known predator Jonathan Yaniv is involved in.

Rebel News sent our Alberta Bureau Chief, Sheila Gunn Reid to Surrey Provincial court on Wednesday to investigate a tip which suggested Jonathan Yaniv had a private audience with court officials. The public court registry identified Yaniv as having several “restricted access” files, and it still remains unclear what those are.

The tip, however, was accurate, and as Gunn Reid waited outside the courthouse with two security guards in tow, Yaniv arrived on scene.

“Will you be pleading guilty” to the assault on Keean Bexte, Gunn Reid asked, however no answer was to be had as Jonathans deranged mother, Miriam Yaniv, charged the female reporter. Thanks to the two guards, Rebel News’ Alberta Chief was unscathed.

Jonathan Yaniv entered the courthouse and was attended by the court in a closed courtroom. How and why this was allowed has not been revealed to the media.

Yaniv is due to appear in court for several other charges in mid-February.

Follow along with the story and help chip in to cover the cost of charging Jonathan at YanivTrial.com.