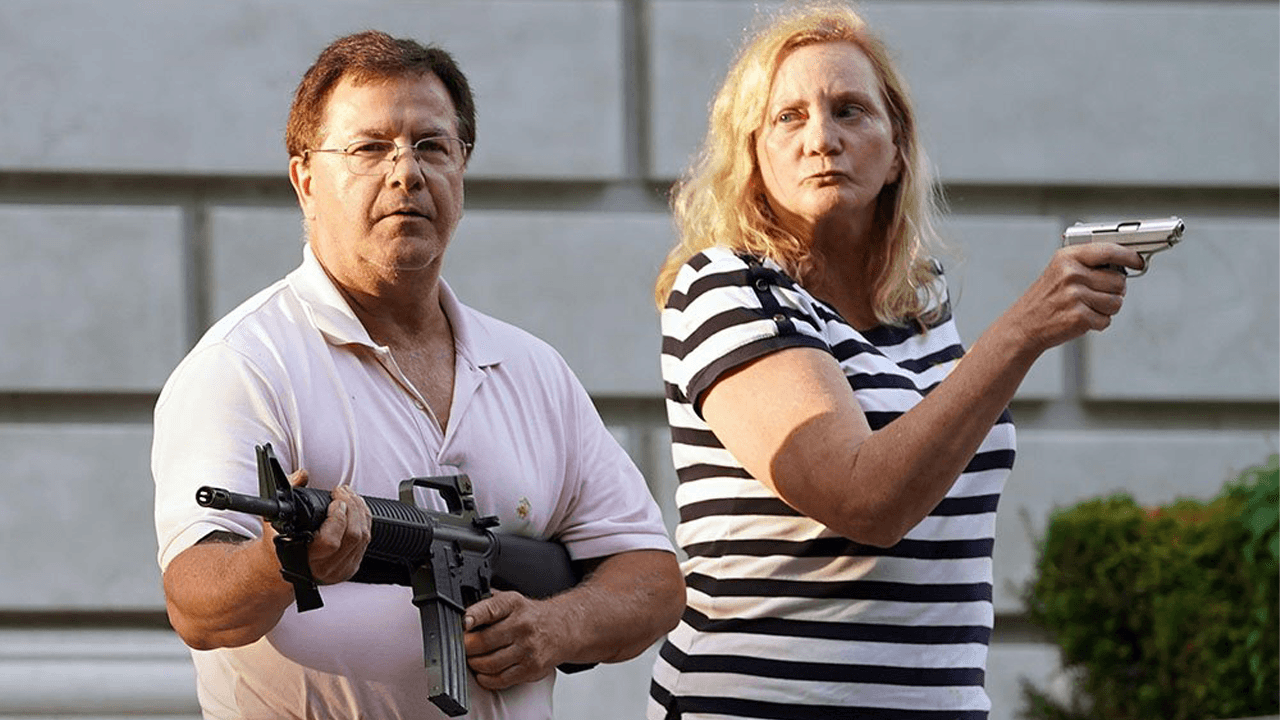 Democratic circuit attorney Kimberly M. Gardner, who was prosecuting the gun case against Mark McCloskey this summer, has had her case disqualified.

Clark’s order against Gardner and her office cited, “two fundraising emails that Gardner’s reelection campaign sent in response to political attacks before and after she charged Mark and Patricia McCloskey with felony gun crimes in July,” reported St. Louis Post-Dispatch. “The judge’s order deals a political blow to Gardner, whose office has waged numerous legal challenges to defend her practices and reform-minded agenda during her first term.”

The Post-Dispatch stated that Clark’s order only applied to Mark McCloskey and bars her office from prosecuting the case. The order does not apply to Patricia McCloskey, whose case is assigned to Circuit Judge Michael Stelzer. The order states that a new prosecutor must be appointed to the case.

“This court does not seek to ‘interfere with the democratic process’ but strongly believes the present ‘circumstances’ justify disqualification,” Clark wrote. “Deference to precedent, acknowledging the will of the voters, and respecting separation of powers are all vital to a representative government, an equitable criminal justice system and the rule of law. Likewise, campaigning without tainting the right to a fair trial is equally compelling and constitutionally sacred.”

“After considering the arguments of counsel, the pleadings coupled with the attachments, the applicable case law and the relevant statute, the court finds the emails raise an appearance of impropriety and warrant disqualification,” Clark added. “In short, the Circuit Attorney’s conduct raises the appearance that she initiated a criminal prosecution for political purposes. Immediately before and after charging Defendant, she solicited campaign donations to advance her personal interests.”

The Post-Dispatch reported that defense attorney Joel Schwartz noted that he will be filing a motion to request that Stelzer adopt Clark’s ruling in Patricia McCloskey’s case.

“This is what we wanted,” Schwartz stated. “We would like a fair-minded prosecutor to take a look at the alleged crimes and reassess the evidence and see what they come up with because we don’t believe any of the evidence supports any of the charges. … As long as that happens, then I think we’ll have the right outcome and that would hopefully be no charges.”

When Gardner first announced that she would be prosecuting the McCloskey’s, she said, “It is illegal to wave weapons in a threatening manner at those participating in nonviolent protest, and while we are fortunate this situation did not escalate into deadly force, this type of conduct is unacceptable in St. Louis.”

McCloskey has defended his actions as self-defense and lawful protection of private property numerous times, stating, “I went inside; I got a rifle … because as soon as I said ‘this is private property,’ those words enraged the crowd,” he said in an interview. “Horde, an absolute horde came through the smashed-down gates, coming right at the house. And then I stood out there, the only thing we said is, ‘This is private property, go back, private property, leave now.’ At that point, everybody got enraged, there were people wearing body armor.”

“One person pulled out [some] loaded pistol magazines and he clicked them together and he said, ‘You’re next,’” McCloskey continued. “We were threatened with our lives, threatened with the house being burned down, my office building being burned down, even our dog’s life being threatened. It was about as bad as it can get. You know, I really thought it was the storming of Bastille, that we would be dead and the house would be burned and there was nothing we could do about it. It was a huge and frightening crowd and they broke in the gate and they were coming at us.”

Republicans have stood up for the McCloskeys as Sen. Josh Hawley (R-MO) sent a letter to United States Attorney General William Barr urging him to action against Gardner. Twelve Republican members of the House of Representatives sent a letter to Barr, in which they specifically named the McCloskeys, demanding that he take “decisive action” to protect Americans from “mob rule.” Missouri Republican Governor Mike Parsons signaled last week that he would likely pardon the McCloskeys if they were charged.

Sen. Tom Cotton (R-AR) responded to the charges by writing on Twitter, “St. Louis’s Soros-funded prosecutor let dozens of violent rioters go free, she sued her own police department, and murder has skyrocketed under her watch. Yet despite refusing to arrest violent criminals, she targets a family with a felony for guarding their home.”