An Eastern European woman calls the Prime Minister a “Communist Pig” and another protester calls for him to release Canada’s political prisoners. 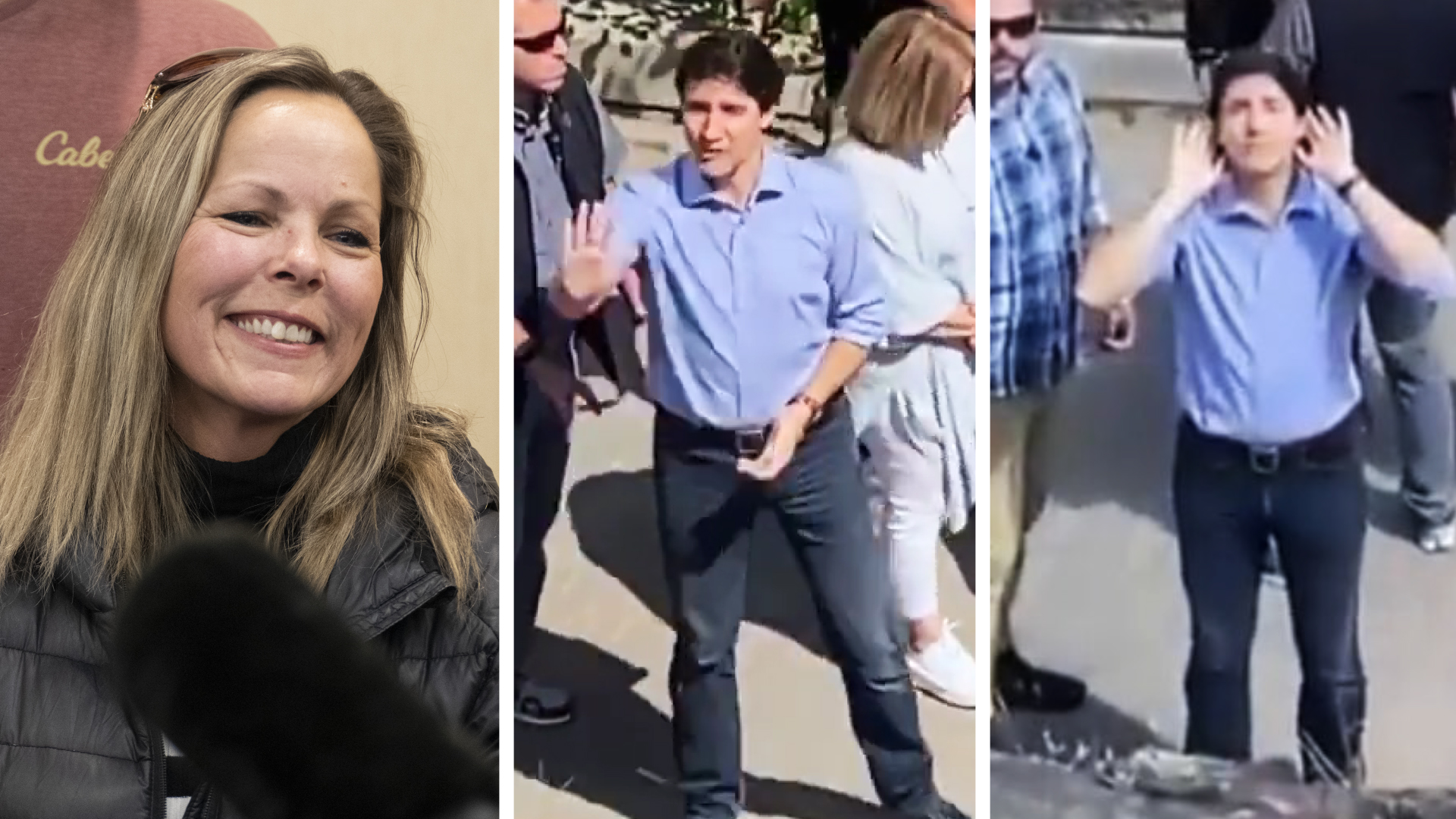 A video surfaced on social media from Justin Trudeau's trip to a tree-planting photo op in Sudbury, Ontario on July 7. Recorded on the phone of one of the protesters, they can be seen heckling Trudeau from a bridge above the PM’s entourage.

Day after convoy protest leader Tamara Lich continues to be jailed until July 14.

The video begins with one of the protesters speaking with Trudeau, “Will you shake my hand holding a freedom flag?”

Trudeau responds, "Thank you, you had your twenty seconds” as he gives a double thumbs up and continues to walk away.

Then an older woman with an eastern European accent confronts Trudeau, "only 20 seconds? Communist!“

“Go Trudeau, you’re nothing but a communist pig. That’s what you are. You’re disgusting, you should resign.”

Another demonstrator can be heard yelling out, “I would like to say: Free our political prisoners.”

"Political prisoners" references Tamara Lich, one of the lead organizers of the peaceful Truckers for Freedom convoy which converged on Ottawa in late January and remained in the city demanding an end to covid restrictions.

The Liberals invoked the never-before-used anti-terrorism law, the Emergencies Act, to use police force and property seizures to end the demonstrations in late February. Lich, first arrested in February as part of the police crackdown on the convoy, was recently re-arrested prior to Canada Day celebrations and sent to Ottawa from Medicine Hat, Alberta on an alleged breach of her bail conditions - a photograph with another organizer. On July 8, 2022, she was ordered to stay in jail until July 14 for another bail hearing,

The video continues with the eastern European protester continually calling him a “communist” as he walks away. A man with the group yells “You like China? Go back to China.”

In 2013, prior to leading the Liberal Party, Justin Trudeau was asked which nation he admired most, at a special "ladies' night" fundraiser. He said “There’s a level of admiration I actually have for China. Their basic dictatorship is actually allowing them to turn their economy around on a dime.”

Follow all of Rebel’s coverage of the ongoing court proceedings at FreeTamara.ca, you can also sign our petition calling on the government to stop persecuting peaceful protesters like Tamara and others.