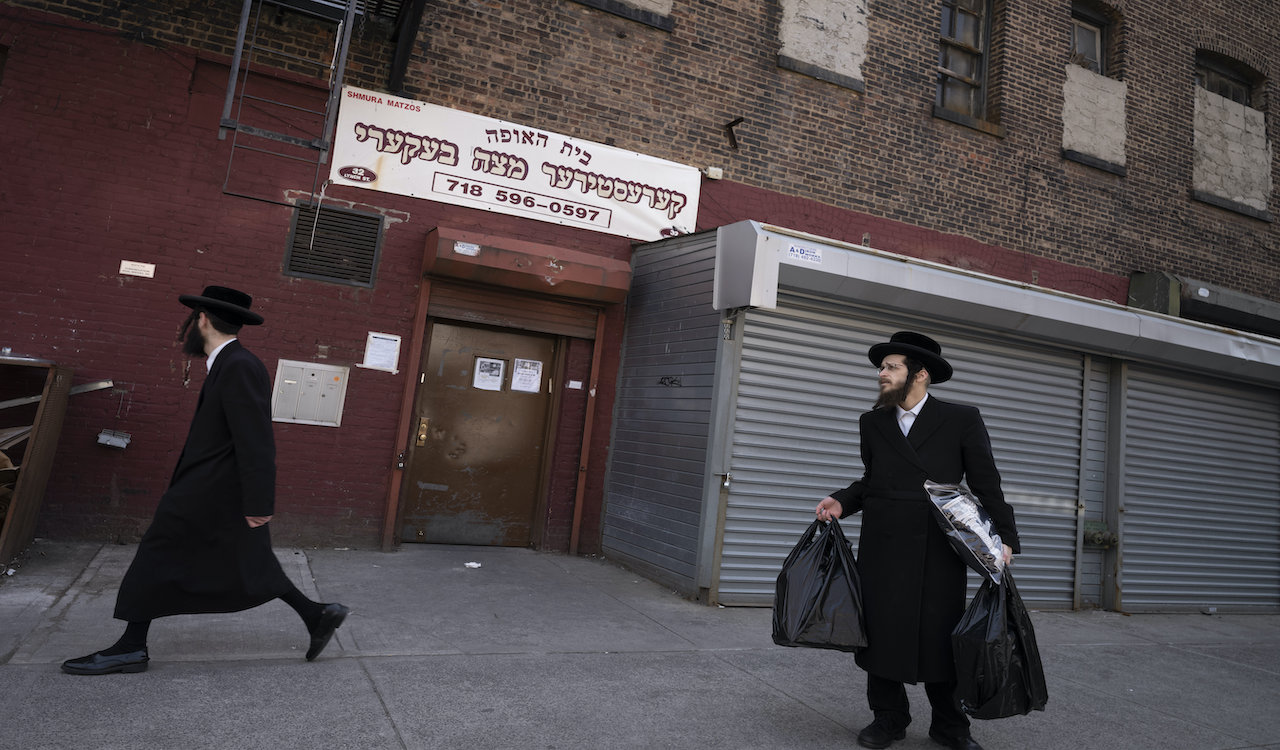 At around 9 p.m. a large gathering huddled together at the 50th Street and 15th Avenue as community activist Heshy Tischler condemned Gov. Cuomo and Mayor de Blasio over the constraints to limit houses of worship to 10 people in hot spots and to shut down schools completely. The level of restrictions are color-graded into three different categories, and guided by COVID-19 data. “It’s called civil disobedience, we can fight back,” Tischler announced to the crowd after tearing up his face mask. “Do not allow them to torture you or scare you.”

.@HeshyTischlerNY giving a speech at the protest in Brooklyn, NY. pic.twitter.com/mJtPNKUVoh

Councilman Kalman Yeger arrived at the protest on 13th Avenue. He addressed the crowd: “We are not going to be deprived of the right that we have in America, like everybody else in America, the right to observe our religion.”

The crowd also gathered to burn masks in protest of the continued restrictions in the city, setting ablaze the PPE in the middle of the street.

The gathering grew in size as the night continued, with demonstrators shutting down vehicle access to 13th Avenue.

The uprising has begun. pic.twitter.com/BhPjSOLvG9

Some demonstrators drove away a photojournalist who had been allegedly stalking the community, as the crowd grew restless.

Some slob photog who failed in his life landed up having a job to take photos of Orthodox Jews 10:30 PM to see if they follow rules. He won’t chase BLM or white hipsters. He is picking on Hasidim because they are now a target by @NYGovCuomo. The slob was rushed from the scene!

Yeger was among four local Jewish lawmakers who released a joined statement earlier in the night, condemning Gov. Cuomo over the edict. “We are appalled by Governor Cuomo’s words and actions today. He has chosen to pursue a scientifically and constitutionally questionable shutdown of our communities,” read the statement from Yeger, State Sen. Simcha Felder, Assemblyman Simcha Eichenstein and Councilman Chaim Deutsch.

“His administration’s utter lack of coordination and communication with local officials has been an ongoing issue since the start of the pandemic, and particularly recently as we face this uptick.” he continued.