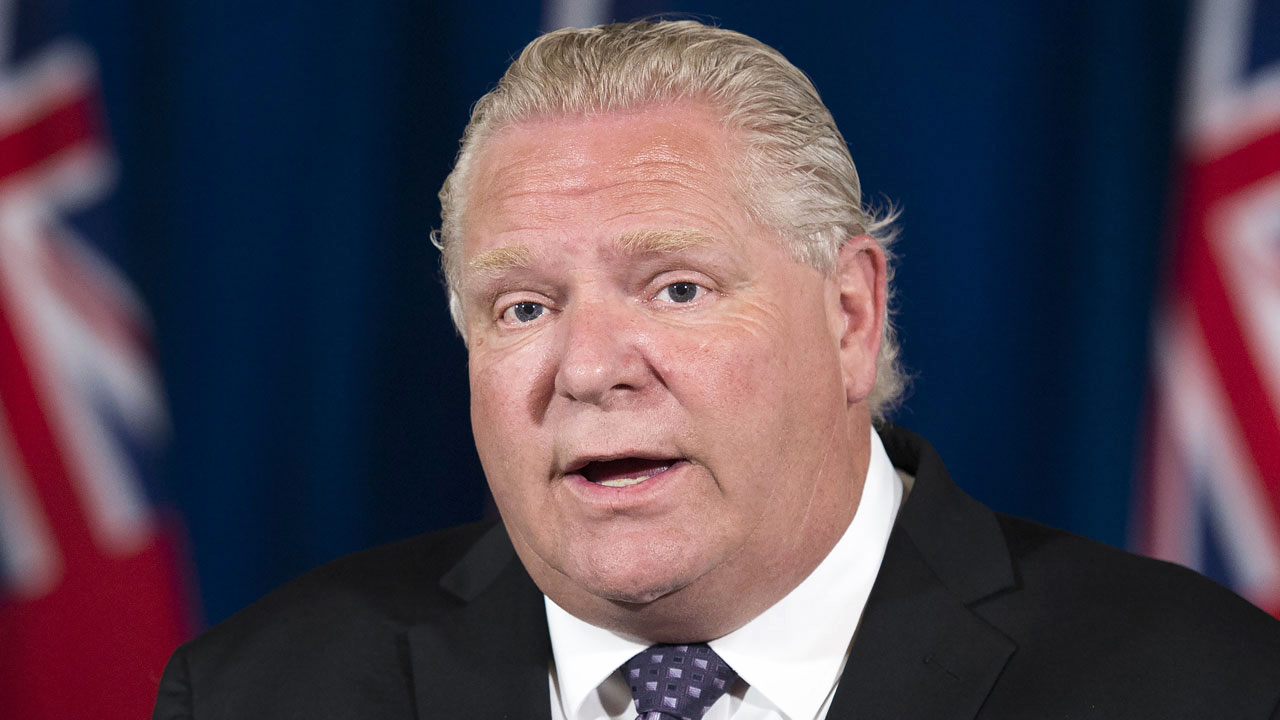 Premier Doug Ford declared a second state of emergency in the province of Ontario, days after telling the media that updated modelling projections would cause people to “fall off their chair.”

In response to a “doubling of COVID-19 cases over the past two weeks” and the “looming threat of the collapse of the province's hospital system” the premier once again shifted Canada's largest province into a state of emergency.

“The latest modelling data shows that Ontario is in a crisis and, with the current trends, our hospital ICUs will be overwhelmed in a few short weeks with unthinkable consequences,” said Premier Ford in a statement.

“That's why we are taking urgent and decisive action, which includes declaring a provincial emergency and imposing a stay-at-home-order. We need people to only go out only for essential trips to pick up groceries or go to medical appointments. By doing the right thing and staying home, you can stay safe and save lives.”

There are currently 1,701 people hospitalized for COVID-related reasons in Ontario, with 385 of those individuals in Intensive Care Units, and 262 requiring ventilators. The number of people in the ICU has decreased by two since the day before Premier Ford's announcement, while the use of ventilators has decreased by six.

Starting on January 14, the province will require residents to stay at home with exception of essential purposes, “such as going to the grocery store or pharmacy, accessing health care services, for exercise or for essential work.” All businesses would be required to make sure that any employee who can work from home, does so.

The province's modelling shows that the government is expecting ICU bed requirements for COVID-19 patients to be up to 1,000 by early February, while deaths are predicted to double from 50 to 100 deaths per day between now and the end of February. The government cited concerns that as a result of a new strain of COVID-19 spreading rapidly among the population, the province “could experience much higher case counts, ICU occupancy and mortality.”

Restrictions to gatherings, hours of operation for business

New restrictions being put in place by Premier Ford were outlined as follows:

Ontario will be providing authority to “all enforcement and provincial offences officers, including the Ontario Provincial Police, local police forces, bylaw officers, and provincial workplace inspectors to issue tickets individuals who do not comply with he stay-at-home order, or those not wearing a mask or face covering indoors as well as retail operators and companies who do not enforce” these requirements.

The government stated it would be issuing fines and/or prosecution under the Reopening Ontario Act, as well as the Emergency Management and Civil Protection Act.

Enforcers would have the authority to “temporarily close a premise and disperse individuals who are in contravention of an order and will be able to disperse people who are gathering, regardless whether a premise has been closed or remains open such as a park or house.”

Based on advice from Chief Medical Officer of Health Dr. David Williams, schools in Windsor-Essex, Peel Region, Toronto, York Region and Hamilton will not return to in-class sessions until at least Feb. 10.

In addition, new health and safety measures will be put in place for in-person learning. This includes masking for students in Grade 1-3, requiring masks be worn outdoors, enhanced screening protocols and expanded targeted testing.

Ontario first declared a provincial emergency in March, which stayed in place until July 24, when it effectively replaced the emergency act with the Reopening Ontario Act, despite criticisms that have been levied against the act.

The full statement from the Government of Ontario is can be read here.