The newly-invoked Emergencies Act gives authorities extraordinary powers to seize the assets and bank accounts of protesters, as well as new powers of arrest and detention to deal with those participating in now 'unlawful' protests. 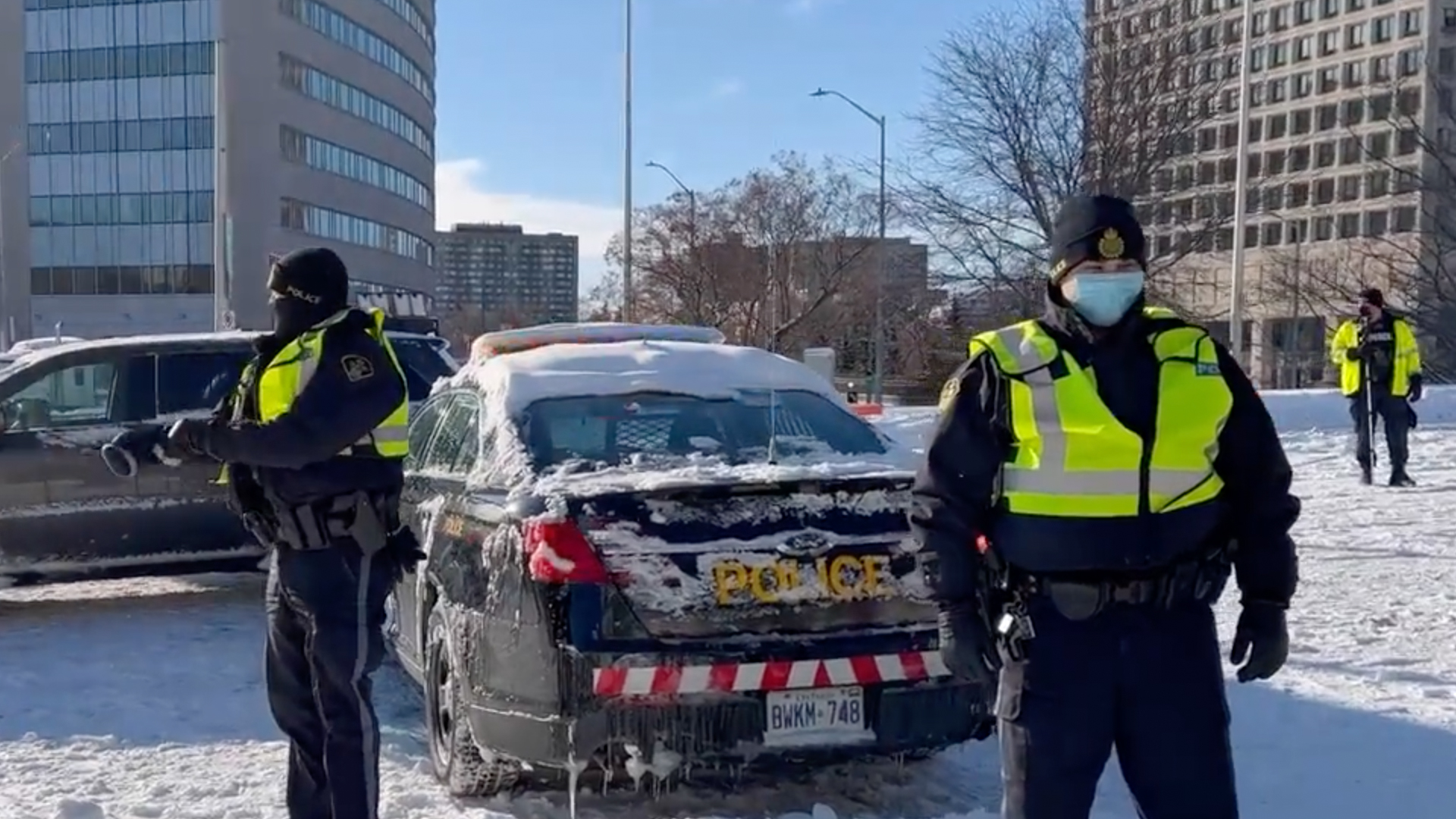 Instead of allowing media to capture the detentions of the Convoy for Freedom to Ottawa demonstrators and the seizure of their properties, the Ottawa Police service has offered to also detain members of the media for doing their jobs:

All media who are attending the area, please keep a distance and stay out of police operations for your safety. Anyone found within areas undergoing enforcement may be subject to arrest. There will be a media availability later today at 474 Elgin Street. #ottnews

Friday morning police issued a warning to protesters to disperse from the "unlawful" protest zones.

The Convoy for Freedom to Ottawa has been in the nation's capital for over three weeks. It began as in opposition to the federal government's cross-border vaccine mandate for truck drivers, but eventually morphed into a Canada-wide convoy movement against remaining COVID-19 restrictions.

On Monday morning Prime Minister Justin Trudeau invoked the Emergencies Act in an effort to clear the city of the convoy. The act gives authorities extraordinary powers to seize the assets and bank accounts of protesters, as well as new powers of arrest and detention to deal with those participating in now "unlawful" protests.

Earlier tonight, convoy protesters protected a lone Trucker from arrest as he made his way to park on Parliament. https://t.co/VfgKKYKzKr#convoynz2022 pic.twitter.com/MxxkZUW5wr

Rebel News reporter Alexa Lavoie was on the streets of Ottawa early Friday morning and was able to document the escalation of police activity.

6:30am: No new development here on the ground. Trucks are remaining on scene.https://t.co/VfgKKYKzKr#FreedomConvoy2022 pic.twitter.com/KbqtJJkxBs

Alexa and the Rebel News team have been on the ground inside the convoy protest since it arrived in Ottawa. To see their coverage of this historic human rights movement and to support our independent journalism, please visit ConvoyReports.com.