Find out what you missed in Parliament. Yesterday, leaders of all parties worked together to try and help families in Atlantic Canada recover from devastating Hurricane Fiona, all while Liberals announced the suspension of all border restrictions. 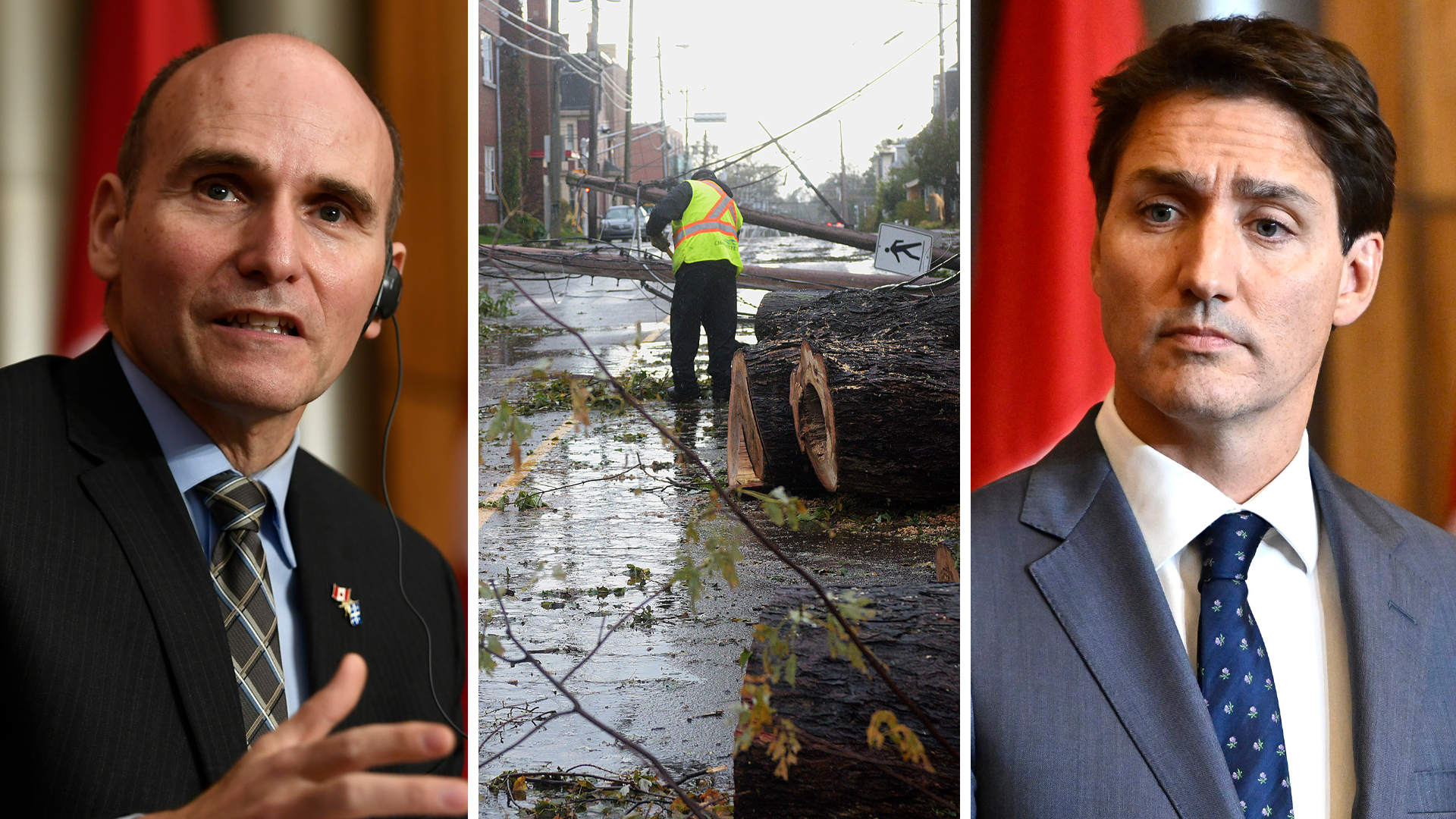 After enormous public pressure, and after it was announced by Nova Scotia Premier Tim Houston that AriveCAN delayed crucial support at the border to help families affected by Hurricane Fiona, the Liberals finally ended the mandatory use of the ArriveCAN app.

But the government didn’t stop with ArriveCAN. Health Minister Jean-Yves Duclos declared that all COVID-19 border restrictions will be lifted. This means passengers travelling aboard a plane or train are no longer required to wear a mask.

JUST IN: Health Minister Jean-Yves Duclos announces that as of October 1, 2022, travellers will no longer be required to wear masks on federally-regulated planes and trains, or enter their information in ArriveCAN.

“Canada will not renew the order in council and will therefore remove all COVID-19 border requirements,” stated Duclos during a September 26 morning press conference.

“We are in a much better position today than we were in 2020,” Duclos began his statement. As of October 1, 2022, travellers will no longer be required to wear masks on federally-regulated planes and trains.

“Canada will not renew the order in council and will therefore remove all COVID-19 border requirements,” Duclos continued. This development means that ArriveCAN will no longer be required for travellers entering the country.

“The government will maintain the ability to re-establish certain border measures should they be required in the future,” Duclos added.

The week prior, Conservative MP Arnold Viersen presented a petition in Parliament calling for the government to end the ArriveCAN mandatory use.

“Petitioners are calling on the government and the minister of transport to end all federally-regulated COVID-19 vaccine mandates and restrictions,” Viersen stated.

“Currently the government has only suspended some of the mandates but thanks to the Opposition pressure, they will be getting rid of the ArriveCAN app and the border mandates,” he had also added.

While ArriveCAN was the primary talking point in the morning, question period had another thing coming for the MPs.

Members of Parliament from all parties decided to work together to find out the best ways to provide support to families, farmers and Canadians affected by Hurricane Fiona.

According to the BBC, “hundreds of thousands of people have been left without power, after Storm Fiona hit Canada's coastline.”

Pierre Poilievre pledged that the Conservative Party will be cooperative in finding ways the Liberal government can help everyone affected by this disastrous incident.

Liberal ministers and members of Parliament seemingly saw this as a way to avoid discussing ArriveCAN and other important issues.

In fact, when Conservative MPs adopted a challenging tone in the House when discussing Hurricane Fiona, the Liberals would accuse them of not working to help Canadians.

Conservatives questioned Liberals in regards to comments made by Nova Scotia Premier Tim Houston, where Hosuton claimed ArriveCAN delayed crucial help at the border when it was needed to assist Canadians.

"Originally, the public safety minister denied that that had happened, only to be contradicted by the emergency preparedness minister, who said in fact, there was an issue at the border," Poilievre firmly stated. "Mr. Speaker, will the prime minister suspend the ArriveCAN app today, not Saturday, so that no more hold ups happen at the border for those who are trying to help those in desperate need?"

In response, the Liberal Party entered a state of denial. Justin Trudeau, backed by self-contradictory Marco Mendicino, affirmed that no delays were experienced at the border due to ArriveCAN.

To the contrary, Nova Scotia Power had told Global News that there was “an issue related to ArriveCAN,” raising concerns among a U.S. crew that they “may not be able to cross the border” to assist with helping victims of Hurricane Fiona.

"And I can confirm, Mr. Speaker, that there were no delays at any border because of ArriveCAN or otherwise."

During the day, MPs also discussed Bill C-31, the Cost of Living Relief Act. While this was taking place, both Liberal and NDP MPs were offended by Conservative MP Garnett Genuis’ use of the term “JustinFlation.”

They told the speaker to ask the MP to change his use of the expression, which was initially introduced by Pierre Poilievre.

"This is now the third time" Lamoreux complains. "It is a little lame," Angus adds.

New Democrat Charlie Angus, who had previously stated his belief that the WEF’s operations, exposed by Rebel News, were all conspiracy theories, now says that Stephen Harper worked alongside the WEF to “rip off seniors.”

NDP MP Charlie Angus accuses former Conservative PM Stephen Harper of working alongside the WEF in the past to "rip seniors off."

But Charlie, you told us WEF's ties to Canada's government was disinformation.

And finally, a Bloc Québécois MP lashed out at the Liberal government, calling their operations a “political facade,” and called out the fact they called a useless election in the middle of the pandemic.

Bloc Québécois MP lashes out at the Liberal government for their decisions the past few years, including calling an election during a pandemic.