Last week, the premiers demanded a meeting with the prime minister early next year to finalize an agreement. But the federal government said they need specific commitments from the provinces before the feds can increase its share of costs from 22% to 35%. 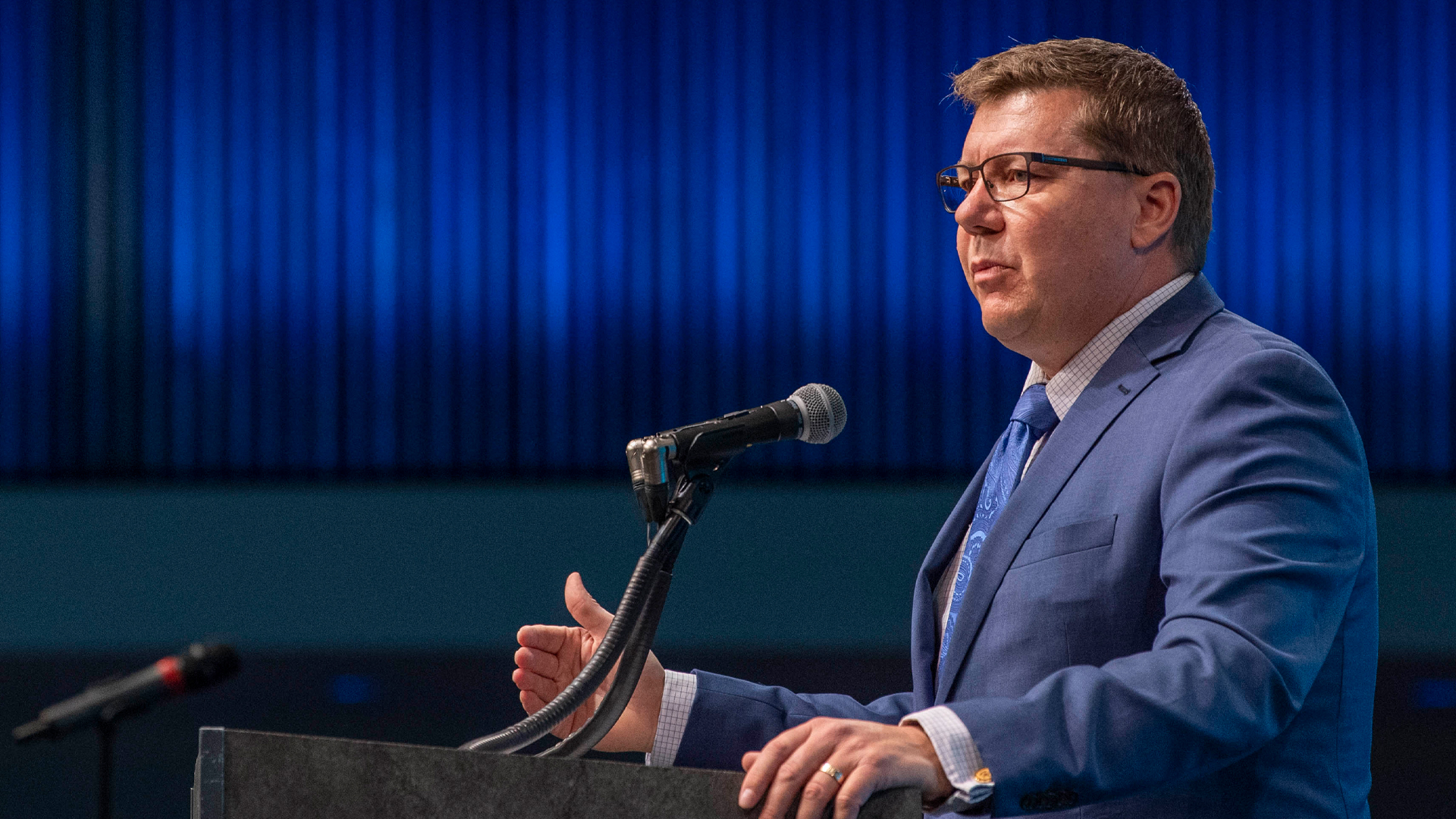 Discussions between Canada's premiers and the Trudeau Liberals ended in a stalemate, with the federal government noncommittal increasing its healthcare funding share from 22% to 35%.

"At 22% federal funding, 78% provincial funding, I'd just put forward that's not sustainable moving forward, and the healthcare cost-sharing, an investment-sharing arrangement that was brought forward several decades ago, was never anticipated to be with this small of the federal share," said Moe.

Saskatchewan's Provincial Auditor Tara Clemett authored a report about the critical need for maintenance at healthcare facilities in Saskatoon. One of the more urgent topics was the ongoing shortage of healthcare professionals.

The Saskatchewan Health Authority (SHA) anticipates a shortage of over 2,000 workers in hard-to-recruit positions over the next five years. "These positions include key frontline staff like continuing care assistants, medical lab technicians, and registered nurses. As well as in-depth, in-demand positions like cooks in rural and remote areas," she said.

Moe added his province needs to receive more from the Canada Health Transfer (CHT) to meet its healthcare demand. Since 2012/13, Saskatchewan has gradually increased CHT payments from $906 million in 2012-2013 to $1.33 billion in 2021/22. All other provinces and territories also experienced gradual increases in transfer payments from previous federal governments.

The Government of Canada website says that the CHT is the largest transfer to provinces and territories, and that "it provides long-term, predictable funding for health care and supports the principles of the Canada Health Act, which are: universality; comprehensiveness; portability; accessibility; and public administration."

In 2014/15, provincial and territorial CHT were allocated per capita cash. As announced in December 2011, total CHT cash levels are set in legislation to grow by 6% until 2016/17. Total CHT cash grew in line with a three-year moving average of nominal GDP in 2017/18, with funding guaranteed to increase by at least 3% annually.

Moe said additional compensation is needed to maintain the current human resources across Canada. However, that's only a part of how they'll increase the number of people offering healthcare services.

"You're not going to find that staff doing what we've been doing in terms of post-secondary," said Clemett. "Overall, we have a national, Canada-wide shortage. What we would like to see them do is better identify the root causes … 'What do you need to do to make people want to work in rural Saskatchewan?'"

Moe noted that healthcare training seats had been expanded in Saskatchewan and touched on Health Minister Paul Merriman's trip to the Philippines to recruit nurses. Last month, the federal government withdrew from a joint communique on health funding with provincial and territorial health ministers at a meeting in Vancouver.

Federal Health Minister Jean-Yves Duclos said that despite attending the meetings "in good faith," he blamed his provincial counterparts for the breakdown in communication. Duclos said the "marching orders" given to health ministers forced the stalemate.

However, Moe said the federal health minister never offered the provinces a deal to walk away from despite misleading reports suggesting otherwise. He noted that Prime Minister Justin Trudeau made the last offer to amend the current healthcare cost-sharing arrangement over two-and-a-half years ago.

"We can't negotiate with ourselves as 13 premiers as to what the federal share should be," added Moe. "We need the federal government at that table."

Last week, the premiers demanded a meeting with the prime minister early next year to finalize an agreement. But the federal government said they need specific commitments from the provinces before the feds can increase its share of costs from 22% to 35%.

Duclos said that everyone agrees behind closed doors on how to repair the system. He also admitted that provinces have "made very good progress" on several issues, such as recognizing the foreign credentials of internationally educated healthcare workers.

However, the federal health minister said more work remains to recruit workers and get buy-in on a national data strategy to permit providers to share medical information across multiple systems.

"Although we don't have a final … agreement publicly yet, I am very confident that this will come in 2023 because everything is ready," said Duclos. The minister said forging "tailor-made agreements" with individual provinces and territories isn't out of the question, although some premiers preferred a united front.

A reporter questioned the Trudeau Liberals in August 2021 on if they would claw back provincial health transfers to Saskatchewan if the private MRI services continued.

"Why would you do that?" asked the reporter. "And would that apply to provinces like Quebec where there is also private healthcare?"

Prime Minister Justin Trudeau responded: "Over the past years, every time we make a Canada Health Transfer to the provinces, we make adjustments, and we have. There are penalties for private delivery of services that we have brought in … several different cases."

He affirmed his commitment to maintaining and protecting universal public healthcare and admitted the federal government doesn't want to write provinces a blank cheque. The prime minister said transfer money must be targeted to particular outcomes.