Camrose RCMP and the Hay Lakes Fire Department responded to a call about a structure fire on New Year's Eve. 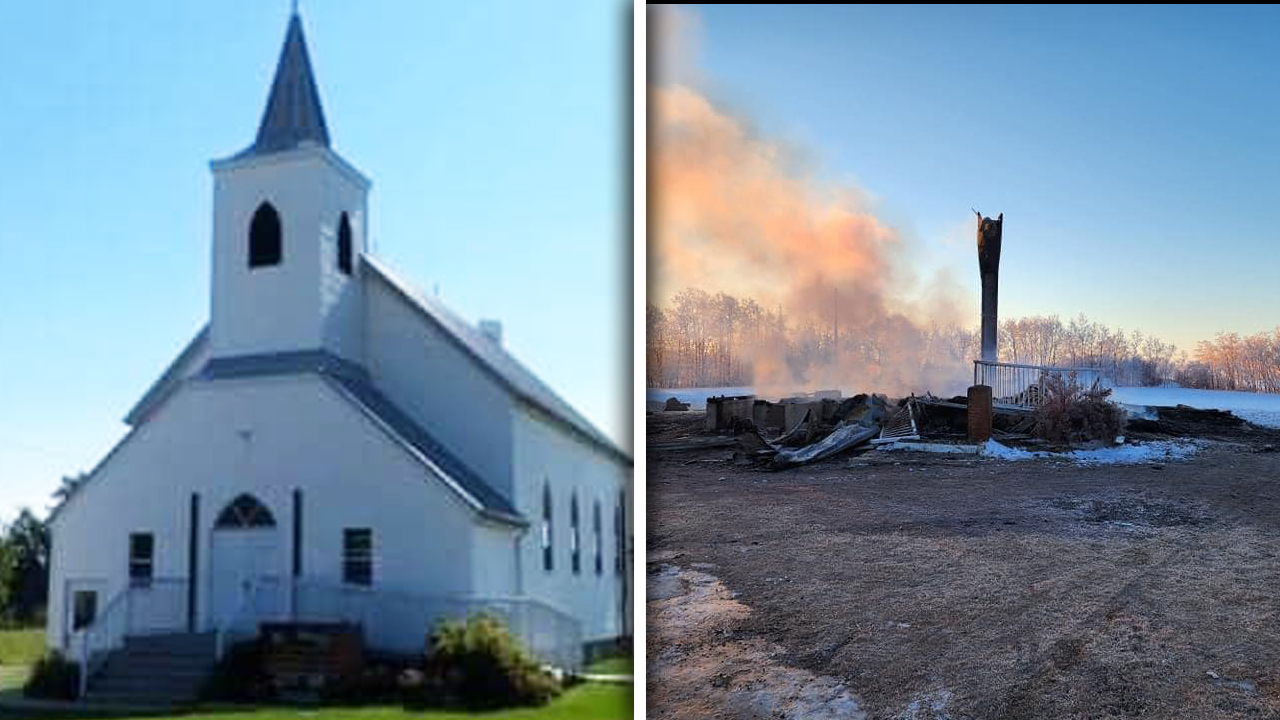 The fire, which claimed St. Joseph Lutheran Church in Hay Lakes, Alberta, was found to be intentionally started, according to local police.

Camrose RCMP and the Hay Lakes Fire Department responded to a call about a structure fire on Highway 623 at approximately 11:30 p.m. on New Year's Eve.

During the summer of 2021, an alleged discovery of so-called unmarked graves of what were first reported as children at a residential school in British Columbia set off a spate of church burnings and vandalism across Canada.

To date, no bodies have been unearthed at the Kamloops Indian Residential School. To learn more, please visit www.KamloopsDocumentary.com.

A new Rebel News documentary exposing the truth about the discovery of unmarked graves in Kamloops, British Columbia in 2021.https://t.co/2bJhl81sCq. pic.twitter.com/3vaDVMHcSa

Anyone with information related to the Hay Lakes fire is asked to contact Wetaskiwin RCMP at 780-312-7200 or their local police. Anonymous tips can be submitted on Crime Stoppers.