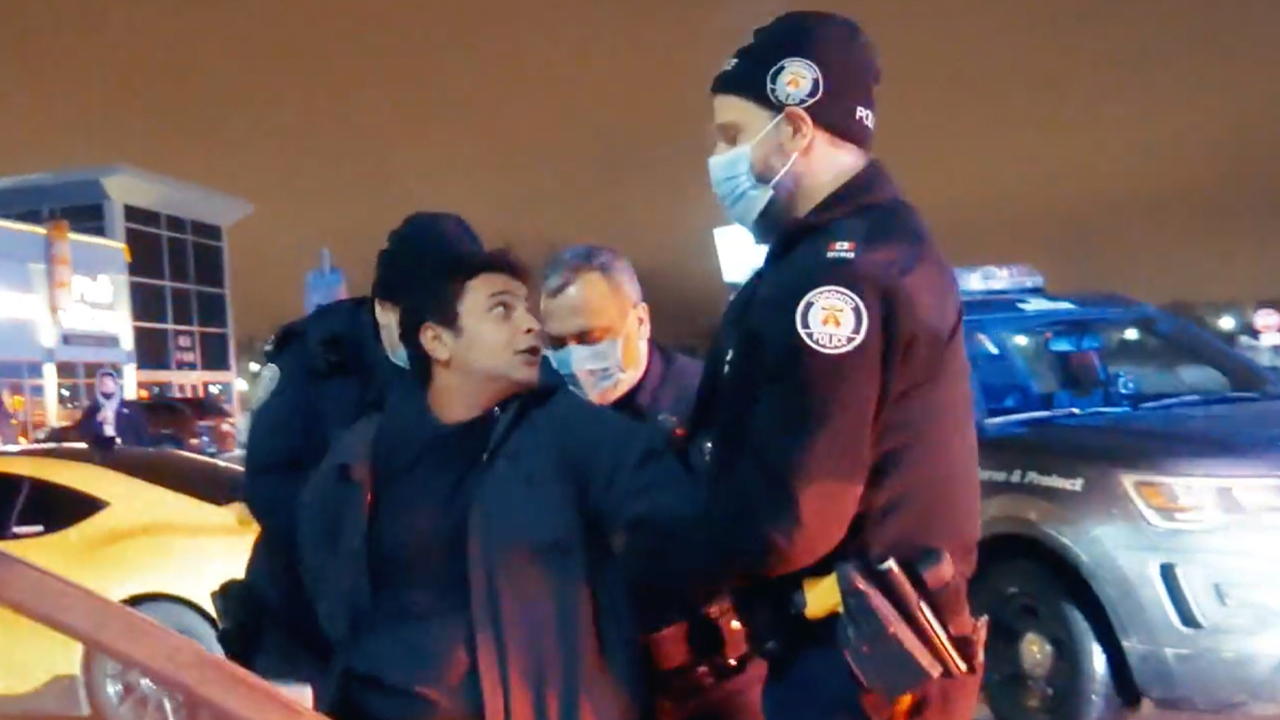 A man seen in a viral video from a Scarborough parking lot who was handcuffed for allegedly swearing at police officers has reportedly taken his own life, according to sources close to the situation.

Now identified as 24-year-old Moses Demian, a GoFundMe has been established in his name, with the intent to pay for any costs related to his memorial:

"The Demian’s have not requested any financial help but as those who love them, we want to ensure that they do not have to face any additional burden as a result of the costs associated with a memorial or funeral," the fundraiser states.

The viral video, posted Monday night, appears to show Demian being handcuffed by police outside of the tea shop Bontea in Scarborough, Ontario. One officer can be heard saying "you're under arrest for obstructing a police officer... I asked for your ID and you told me to go f*** myself."

Another man was also questioned by police in the video. When asked for his identification the man says, "Why do you need my ID?" to which the officer replies, "The Ontario Reopening Act, sir."

A Scarborough, Ontario man was placed in handcuffs after allegedly swearing at Police who asked for his ID.

Police later questioned another individual as to why they were out at night, in relation to the Reopening Ontario Act. pic.twitter.com/gHBeuAXIWq

The source of the video has stated that according to Demian's friends, the death was an act of self harm:

"AntiHoonHoonClub is a group of car enthusiasts. We meet bi-weekly to support BONTEA, because we want to help out their small business during the lockdown. I didn't know Moses very well, just through friends and the meetups. I'm not sure exactly what happened with him, but it's a tragedy that it seems he took his own life," says Dev, the man who filmed the incident.

In the full video, a witness says "He hurt their feelings... all he said is 'you guys are pigs,'" regarding the reason for the arrest.