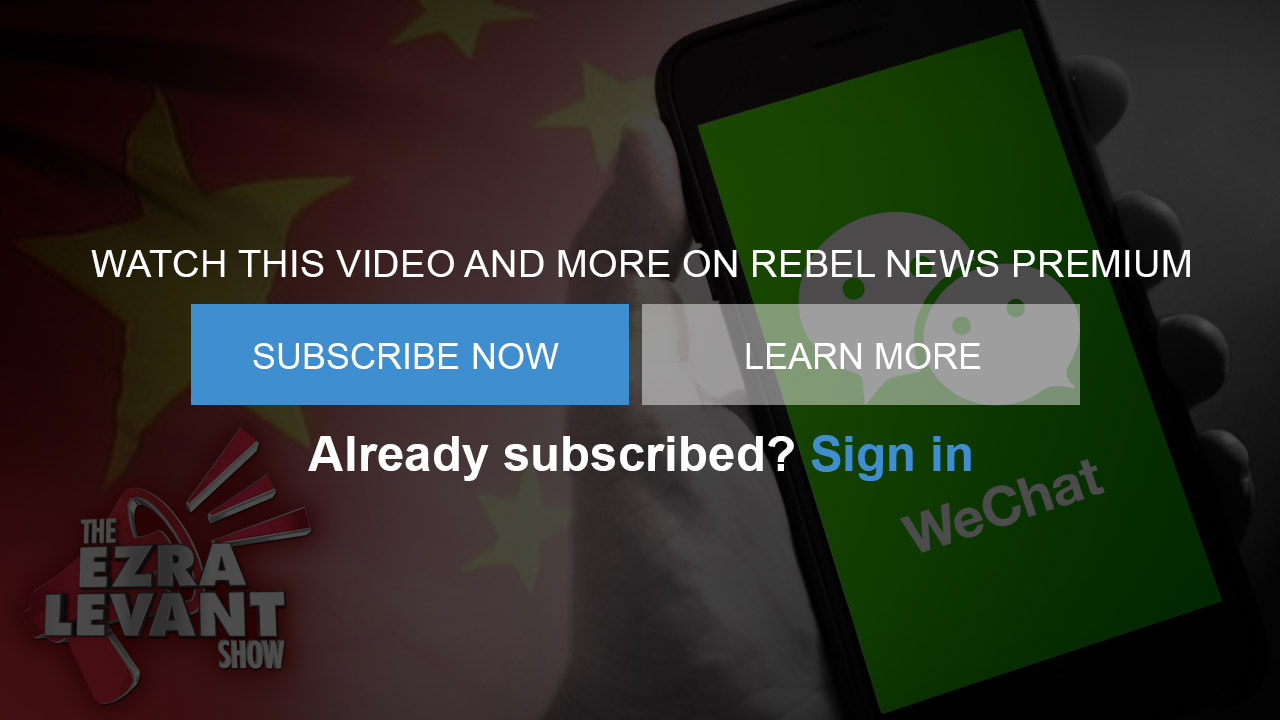 On yesterday's show, we talked about the risks of letting the Chinese tech company Huawei get its tentacles into Canada's telecommunications infrastructure. There's no good place for Huawei in our country, so why is Trudeau allowing them to build our North's telephone and Internet network?

So we launched our BanHuawei.com campaign yesterday — lots of signatures so far!

Trump is taking on China in a big way, and the least we can do is to provide moral and verbal support, given that China is holding the “two Michaels”, two Canadians named Michael Kovrig and Michael Spavor hostage.

We can't do much overseas, but what about showing ourselves some self-respect here at home? That's what banning Huawei means.

Last month, publisher Jack Jia found himself restricted from using WeChat, the extremely popular Chinese app which functions as a social network, payment processor and more. Jia publishes one of the few Chinese-language newspapers in Canada which critically covers the actions of the communists in Beijing, and now his messages have been reported for “multiple instances of non-compliance.”

For the past six months, messages Jia posted in group chats have been invisible to users in China, and other posts have been made inaccessible even to users in Canada and the United States.

We need to stop China from bringing in their technology to control Canadian telecoms infrastructure, and we need to realize who our true geo-political enemies and friends really are.

NEXT: Manny Montenegrino joins me to talk about Trudeau's caught-on-camera gossip and Trump's response that Justin is “two faced.”