'Since April 2021 the department has received approximately 69,000 correspondence items about banned cosmetic animal testing in Canada,’ said the Department of Health in a briefing note. 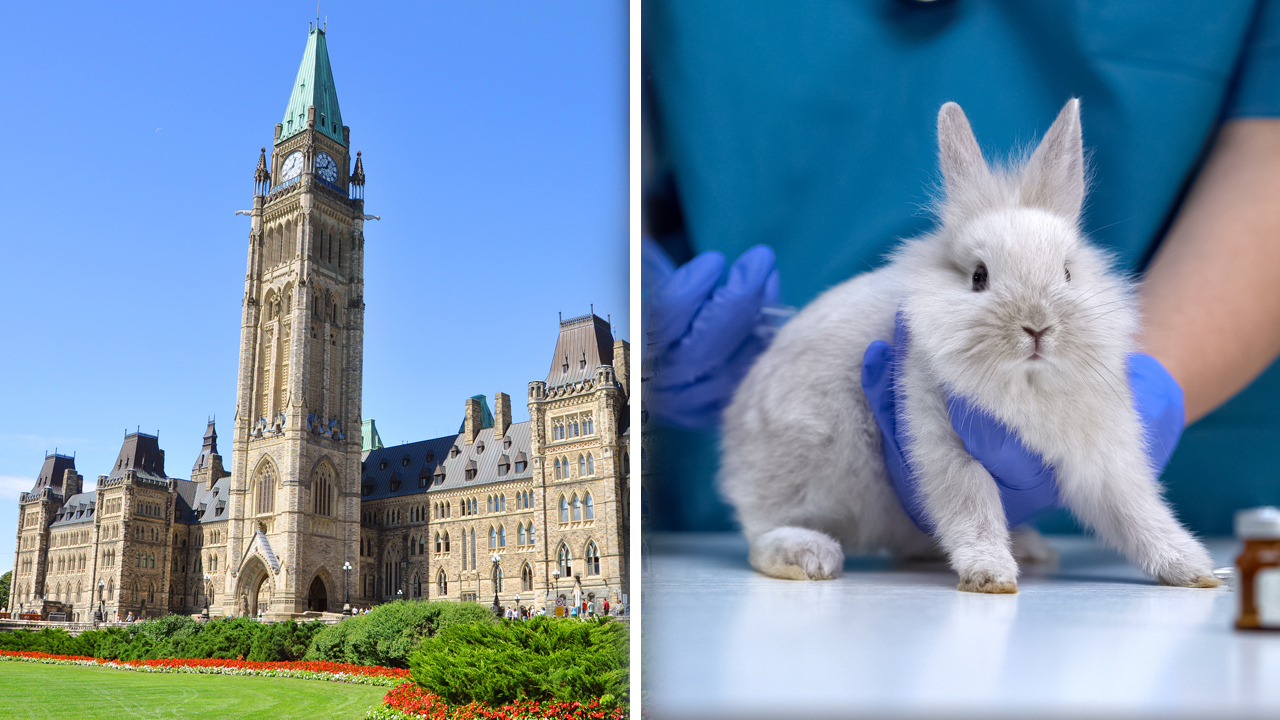 The health department says it has received 69,000 emails and letters from Canadians petitioning to ban animal testing in the cosmetics industry.

As reported by Blacklock’s Reporter, “Health Minister Jean-Yves Duclos in a Mandate Letter last December 16 promised to ‘introduce legislation to end testing on animals.’ No bill has been introduced to date. The briefing note said a universal ban was now considered impractical.”

Blacklock’s continued by quoting the Department of Health message which stated that “Health Canada is considering how legislative requirements for cosmetics could be amended to end cosmetic testing on animals.”

The note went on to say:

As further reported by Blacklock’s, “The health department said it did not itself permit animal testing at any of its facilities. However, in a 2016 Toy Regulations notice the department wrote it permitted animal testing of chemicals and stuffing.”

“Test methods include applying chemical drops to the eyes of albino rabbits. ‘The purpose is to help protect children less than three years of age from exposure to harmful substances contained in plastic materials of toys,’ said the notice.”

Blacklock’s also noted that “Methods for Testing Skin-Irritant Properties recommended researchers clip a patch of rabbit fur, apply a solution to the bare skin and wrap the entire trunk of the rabbit with an impervious material such as rubberized cloth for a 24-hour period of exposure.” A positive test will show the undoing damage in tissue.

According to PETA, more than 161,000 rabbits of are abused in U.S. laboratories every year. Those adorable furry creatures are given no pain relief during painful tests, and once the experiment is over, they are killed.

In late November of last year, a letter was addressed to Minister Duclos from six companies.

Animal Alliance of Canada, Humane Society International, Cosmetics Alliance Canada, Lush, Cruelty Free International, and The Body Shop all voiced their appreciation that the government would end "cosmetic testing on animals by 2023."

In a detailed attempt to speak in person with Minister Duclos, they also mentioned plans for 2023:

The Government’s objective of implementing a ban on cosmetic animal testing by 2023 is well placed as Canada - through the Canadian Centre for Alternatives to Animal Methods (CCAAM) at the University of Windsor – will be hosting the Animal Alternatives World Congress on August 23 – 27, 2023, in Niagara Falls, Ontario.

Several of our organizations will be participating in this important international event and we believe there is no better opportunity to showcase Canada as a leader in the development of animal testing alternatives and the banning of unnecessary animal testing on cosmetic products. We would anticipate that senior members of your government will be invited to attend, and this will be an ideal opportunity to highlight Canada’s efforts in this area.

Unfortunately, bills to abolish testing on animals have so far failed. Bill S-214 Act to Amend the Food and Drugs Act (cruelty-free cosmetics) fell through in the last legislative session.