Dr. Jack Mintz and Joe Oliver at the Value of Alberta Conference on equalization, Wexit and the rest of Canada 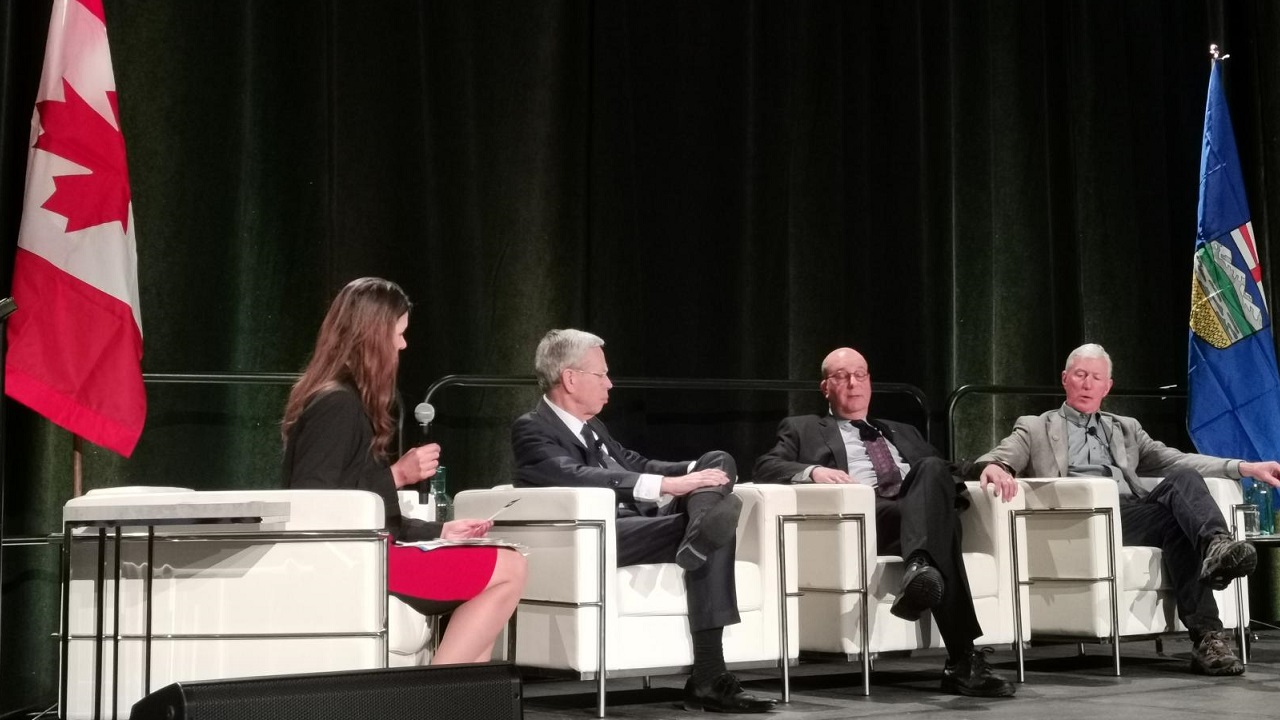 The mid-morning sessions from the Value of Alberta Conference in Calgary heard from an academic and a former Harper cabinet minister.

Dr. Jack Mintz, from the University of Calgary School of Public Policy, spoke of the inequity of the current federal equalization program and said the redistribution scheme needs a heavy revamp as it doesn’t respond to changing economic conditions in net contributing provinces.

Mintz offered solutions to the imbalance by arguing that Alberta should follow the way of Quebec, creating its own pension plan and collecting its own personal income tax.

Former Natural Resources Minister Joe Oliver said his Canada includes Alberta and Western Separation would cause existential pain to the rest of the country. However, Oliver conceded that Alberta has been “exploited as a cash cow”, that Albertans have been “disrespected” and their “enormous contribution has been.. belittled by eastern progressives.”

In a refreshing take from someone within the Official Conservative establishment, Oliver took on some sacred cows of the mainstream media in his speech, calling doomsday environmentalism “quasi-religious orthodoxy”, rejecting the idea that carbon dioxide is a pollutant, noted that polar ice is stable, and denied that extreme weather is increasing.

Oliver closed by calling out the private sector for falling into groupthink as their own industries are under attack.

A panel discussion of the morning’s speakers moderated by Calgary broadcaster Danielle Smith wrapped up the morning.