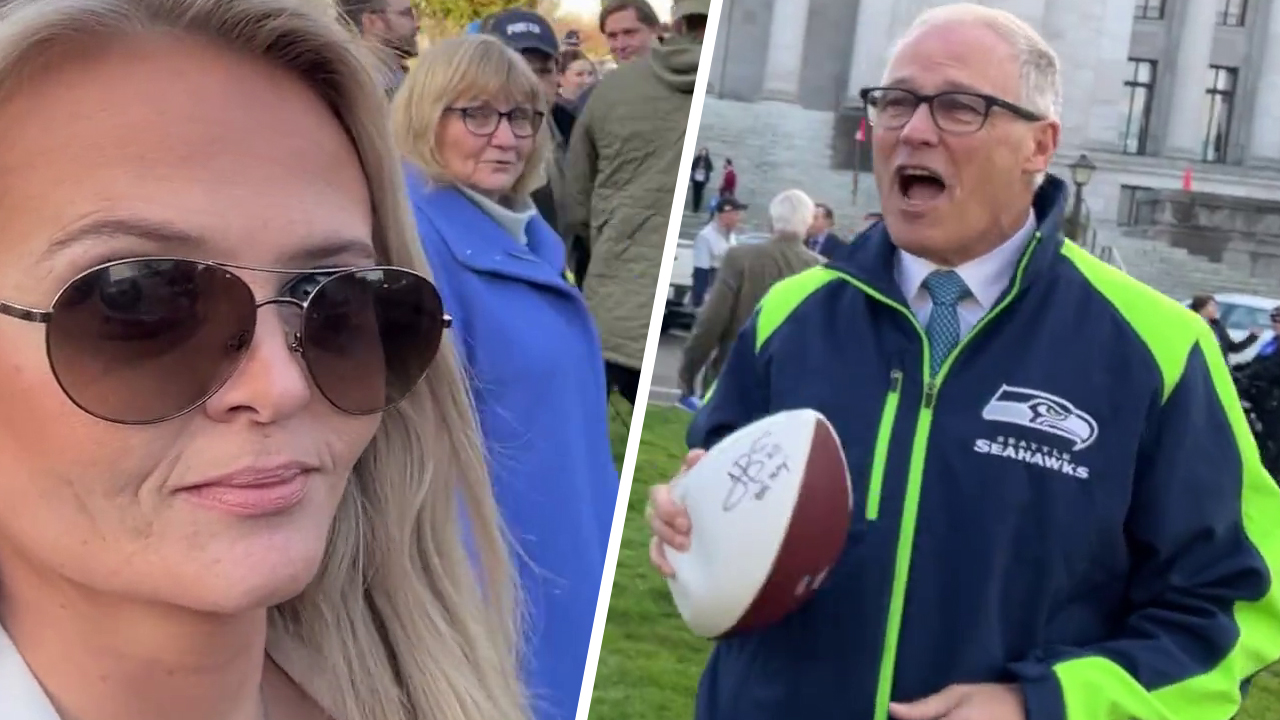 Rebels News' reporter Katie Daviscourt asked the Governor of Washington a question about rehiring workers who were fired because of the vaccine mandate.

WATCH: I asked @GovInslee if he is going to rehire the thousands of state workers he fired over the vaccine mandate.

Inslee refused to answer my question but his wife Trudi said, “No. We’re pro-vaccine.” pic.twitter.com/hdsr61zsDZ

"Governor Inslee, are you going to rehire the state workers that you fired over the vaccine mandate?" Daviscourt asked as Governor Jay Inslee as he tossed a football around on the lawn of the state capitol.

While @GovInslee delivers the state-of-state address, I thought I would share an accurate depiction of the current state of Washington under his leadership.https://t.co/2z81hbdOUq

NOW: This is what it currently looks like in the backyard of @GovInslee’s mansion and the Washington State Capitol.https://t.co/2z81hbdOUq pic.twitter.com/Zk1z4Ahye7

The state legislature reconvened in Olympia this week in the face of anti-mandate protests.

While @GovInslee delivers the state-of-state address, I thought I would share an accurate depiction of the current state of Washington under his leadership.https://t.co/2z81hbdOUq

Washington State's COVID-19 mandate for state workers came into effect on August 5, 2022 and remains in place despite the state of emergency being removed on October 31, 2022.

Republican lawmakers have proposed a law to require the state to rehire workers fired because of vaccine mandates.

WA state legislators are introducing House Bill 1029 this legislative session which would rehire the state workers fired over the mandates.

In November, Washington State Ferries declined to rehire hundreds of staff in an attempt to make the ferries run on schedule after staffing shortages caused delays in sailings.