The recent violent assault on two gay men in Calgary has left many wondering why people in powerful positions were so quick to ignore it, be it the mainstream media or the police service (who have yet to arrest the two individuals who were caught on camera lashing the two gay men in the broad daylight).

In fact, rather than just ignore the whole ordeal like the CBC, Global News gave a primetime slot, not to the victims, but to one alleged assailant, Ahmed Borhot. Giving folks the ability to tell their side of the story is good journalism, but fact checking them is required, too. Global allowed Borhot to shift blame to the two gay men who were left injured from the altercation, and didn't critique a blatant lie that he made in the interview. Twice.

Borhot told Global that, “one of them reached out and grabbed the belt.” The belt which Borhot was wielding as a weapon, as seen in the photos. He added that that was the moment “when [his] brother picked up the blue recycling bin to scare them away. Sort of as a shield.” 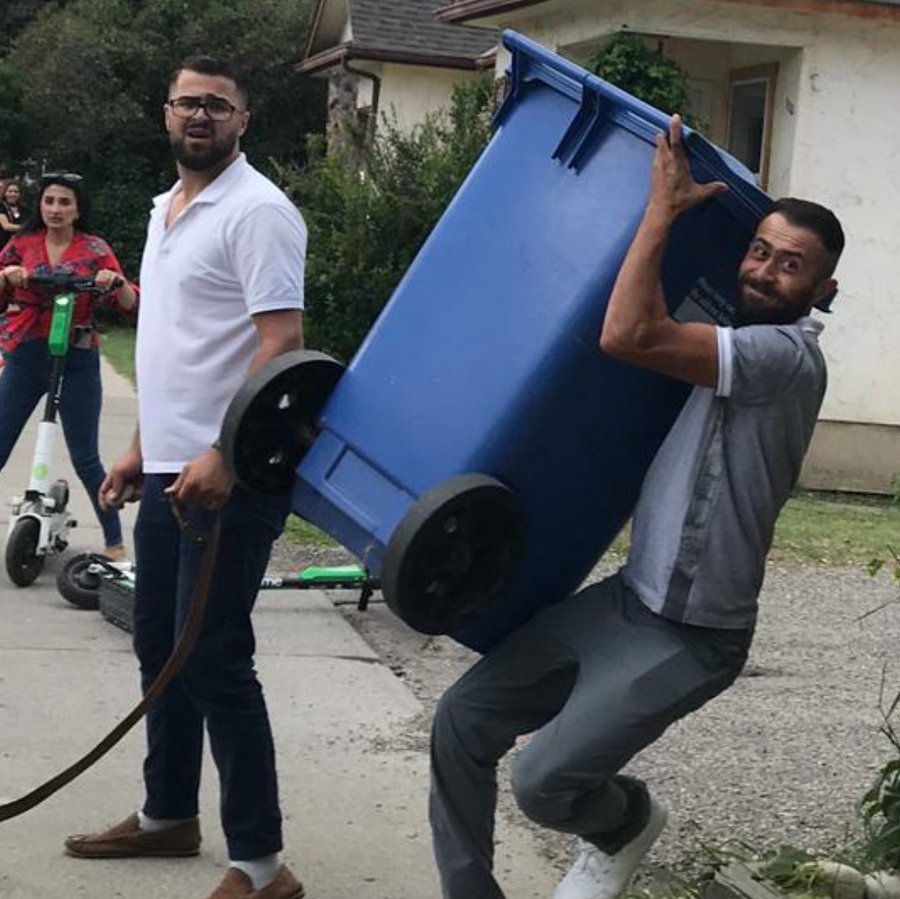 This single photo exposes both lies.

For one, the blue bin was quite obviously not being used as a shield. While the brother was preparing to throw the bin, Ahmed Borhot was still in possession of his belt. Global News either doesn’t care to fact check their journalism, or are actively running defence for their star barber.

(Borhot had previously been the subject of a glowing, “feel good” Global story about a barber giving free haircuts to front line workers during COVID-19.)

According to allegations made by the wife of Borhot, this whole ordeal began after she collided with a pedestrian while riding a Lime scooter.

In Calgary, much like when a car hits a pedestrian, the scooter operator is typically at fault.

Regardless, the standard reaction to a collision involving a pedestrian is not to dismount and start lashing and concussing them, or picking up stones. Something else needs to be involved to escalate it in that manner, to the point where the two victims were treated in hospital.

Perhaps the victims being gay was all that was needed to trigger the violence.