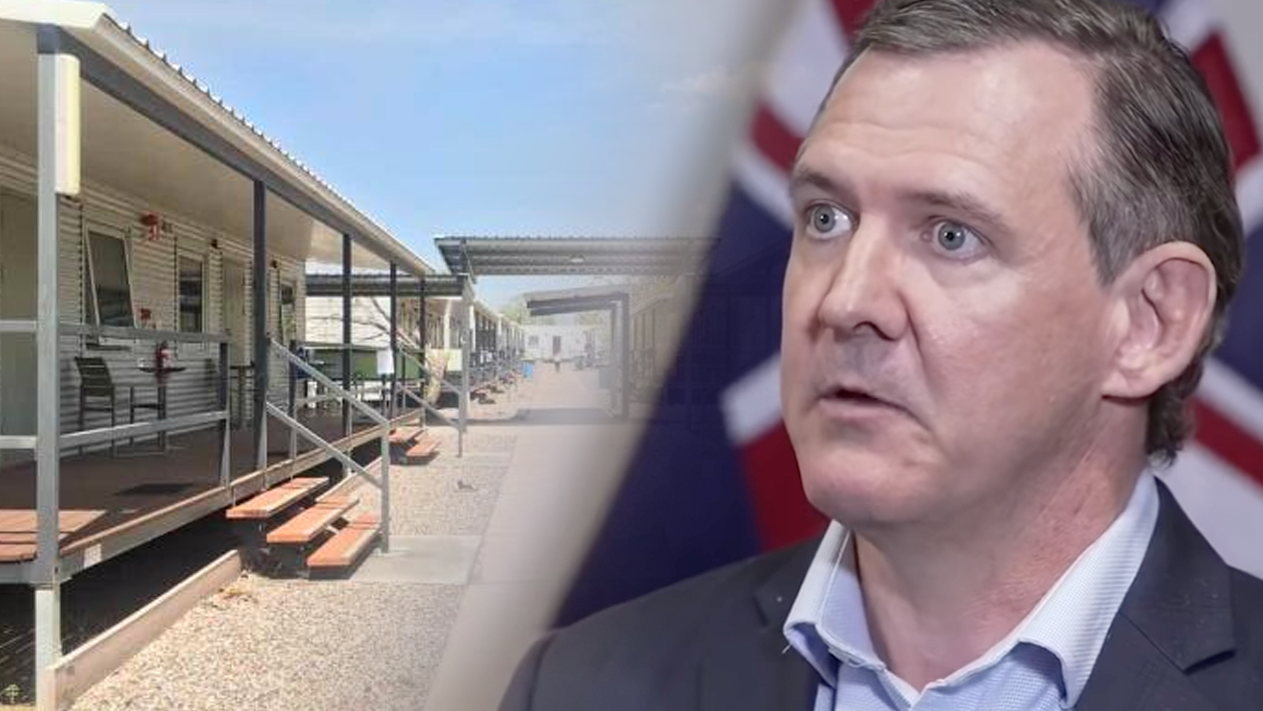 Disturbing news has surfaced from the Northern Territory where the army has been brought in to round up 38 indigenous Covid contacts and escort them to compulsory quarantine camps.

“It’s highly likely that more residents will be transferred to Howard Springs today, either as positive cases or close contacts,” said Michael Gunner, Chief Minister of the Northern Territory. “We have already identified 38 close contacts, but that number will go up. Those 38 are being transferred now.”

The Howard Springs quarantine facility in Darwin was set up to process travellers coming into the state domestically and internationally. Expensive quarantine periods are enforced on those attempting to enter the Northern Territory which must be paid for by the traveller.

However, removing Indigenous people from their homes into an government-operated facility has been branded as both disturbing and a violation of human rights.

The army is on loan from the Prime Minister.

This comes after the Northern Territory issued a hard lockdown on remote communities, preventing residents from leaving their homes to buy food or supplies, exercise, give care, work, or access education.

“Residents of Binjari and Rockhole no longer have the five reasons to leave their homes,” announced Michael Gunner.

People inside the lockdown area can only leave their homes for medical treatment, an emergency situation, or if the law requires it.

LET US KNOW: Are you on the ground in the NT and have additional information to share? Click here to send us a news tip

Although Michael Gunner continues to enforce some of the strictest Covid health orders in Australia, vaccination rates for the Indigenous community lags behind. This is partly due to vaccine hesitancy in remote communities where many have said that they do not want to partake in Covid vaccines.

The government and Indigenous health groups have been setting up information campaigns inside these communities.

“It [the ‘Spread the Freedom’ campaign] is designed to really highlight the close links between vaccination and either regaining those freedoms that we all want to enjoy, or protecting those freedoms in the states where we haven't yet seen outbreaks,” said Lieutenant General Frewen.

A second campaign ‘For All Of Us’ is also attempting to reach these populations.

Aboriginal & Torres Strait Islander people have over 60,000 years of history. 60,000 years of culture, art, song, dance & language. But let’s not forget where we’re going—with vaccination, the future is bright☀️

The general message of both government-operated advertising initiatives is that if you want to have your freedom back, get vaccinated.

“I've always said that I wanted 100% vaccination of our people before the country opened up. Well, obviously that hasn't happened,” said Pat Turner, CEO of the National Aboriginal Community Controlled Health Organisation. “The Northern Territory have now got their wake-up call and we should not have to wait until these infections get in before the health authorities get in and start the vaccinations. They've got to do it now.”

While the messaging from the government may be about 'All Of Us', it's clear that some in the political class are privileged not to have to play by the same rules.

In Australia, government officials and politicians are exclude from vaxx mandates and public health orders that apply to everyone else for “constitutional reasons”. pic.twitter.com/ufxmWrGUn4

There does not appear to be any serious discussion, either from Indigenous advisory groups or the Northern Territory government, about valid informed consent or the ability for Indigenous people to say ‘no’.

The Federal government, under the direction of Greg Hunt the Minister for Health and Aged Care, has extended Covid measures introduced to protect remote communities in the Northern Territories.

Communities surrounding the Robinson River will be sealed off under section 477 of the Commonwealth Biosecurity Act 2015 until 6pm, 1 December 2021 as requested by the Northern Territory government.

Despite building and operating quarantine facilities, the Northern Territory has not significantly expanded its critical care or intensive bed capacity in the two years since Covid first appeared.

“The Doherty Institute modelling shows that we can have between 30 and 100 cases a day at an 80% vaccination rate across the Northern Territory, and our health system can manage,” said Northern Territory Health Minister Natasha Fyles. “But it means we've had to make changes, so in the Top End we've gone to tier 3 and deferred elective surgery.”

Meanwhile, mental health patients were forced to wait for beds at the Royal Darwin Hospital in June, despite there being no active cases in the Northern Territory for over a month.

There has been a surge in mental health emergencies blamed on Covid which has pushed hospitals in the region beyond capacity.