Rebel News Australia's security guard Daniel Jones has successfully fended off attempts from online trolls to have his security and firearms licences revoked.

Daniel, who has had our back at some of the biggest news events, caught the attention of vicious trolls after he defended me in an intense exchange where a violent assailant had overstepped the mark.

"After that incident, there was a lot of online chatter going on, a certain prolific troll who had been encouraging followers with my name, my security number and number of LRD to give them a call, make mass complaints, frivolous, vexatious complaints," he said.

"From there I was called by police, I was told that they weren't really pressing charges, asked me to come in for an interview and I declined the interview and I thought that was the end of everything."

The troll then began to boast online that Daniel's house had been raided and had his guns confiscated before police had even reached out.

"Not long after that, I did receive the letter from police, notifying (him) of a suspension of my firearms licence," he said.

"I spoke to police because I was a bit bemused by it, I didn't know why it was happening and that's where I was told by police I had to have the papers served in person. When I went to the police station they were saying my firearms were an exhibit and I had to relinquish them to the police station I couldn't get them stored at a registered firearms dealer.

"So I asked the police if I was being charged, they said no, so I willfully disobeyed that request and took everything to a registered firearms dealer anyway." 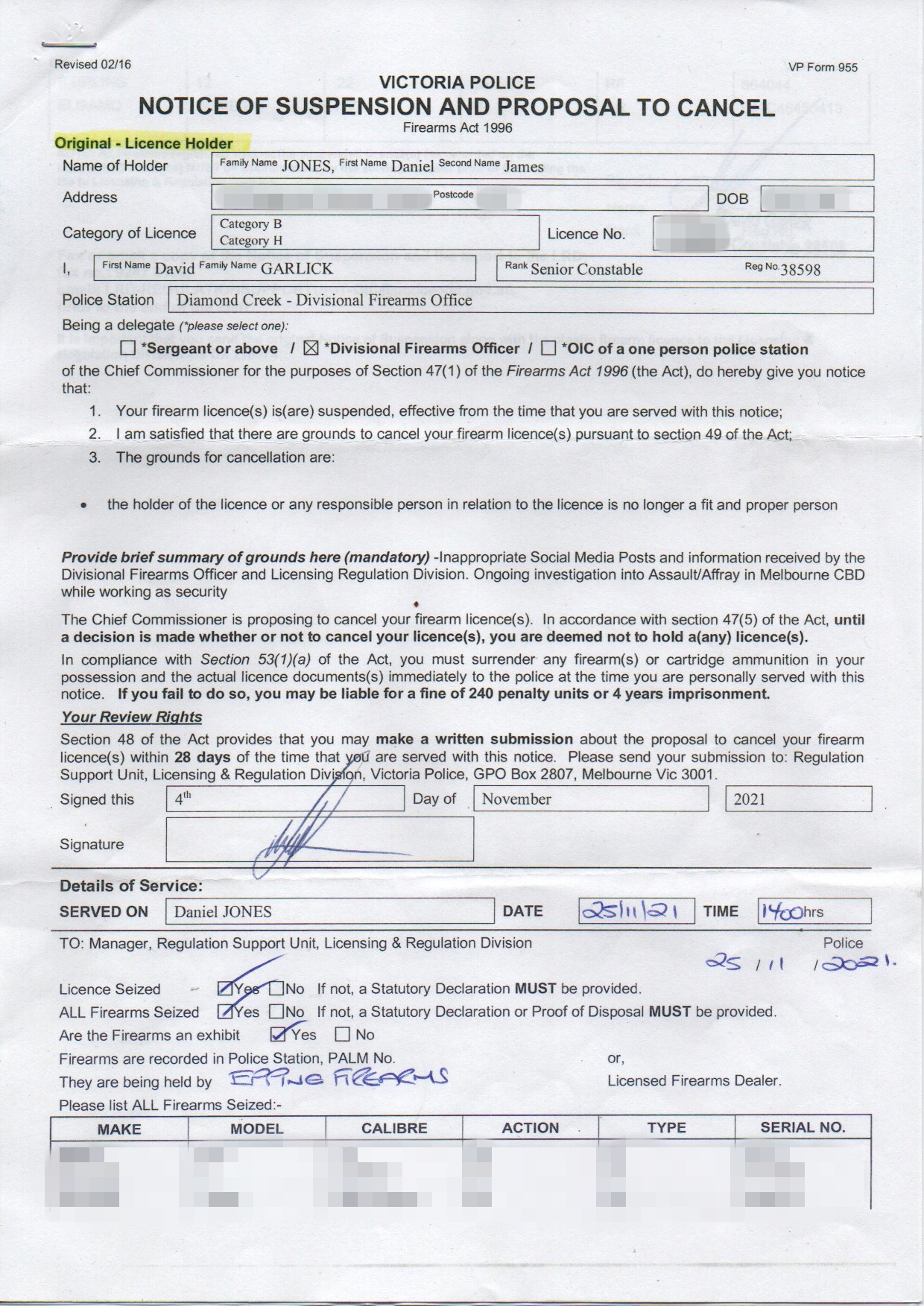 After having his firearms taken away, Daniel said he received the notice that his security licence was also under review.

"I got a 'please explain' from LRD in response to the incident ... out the front of Parliament House by the cafe there," he said.

"After months of communicating with LRD, they produced no evidence for their claims and eventually a letter was sent just saying that all charges, all investigation had been dropped and the licence was clear." 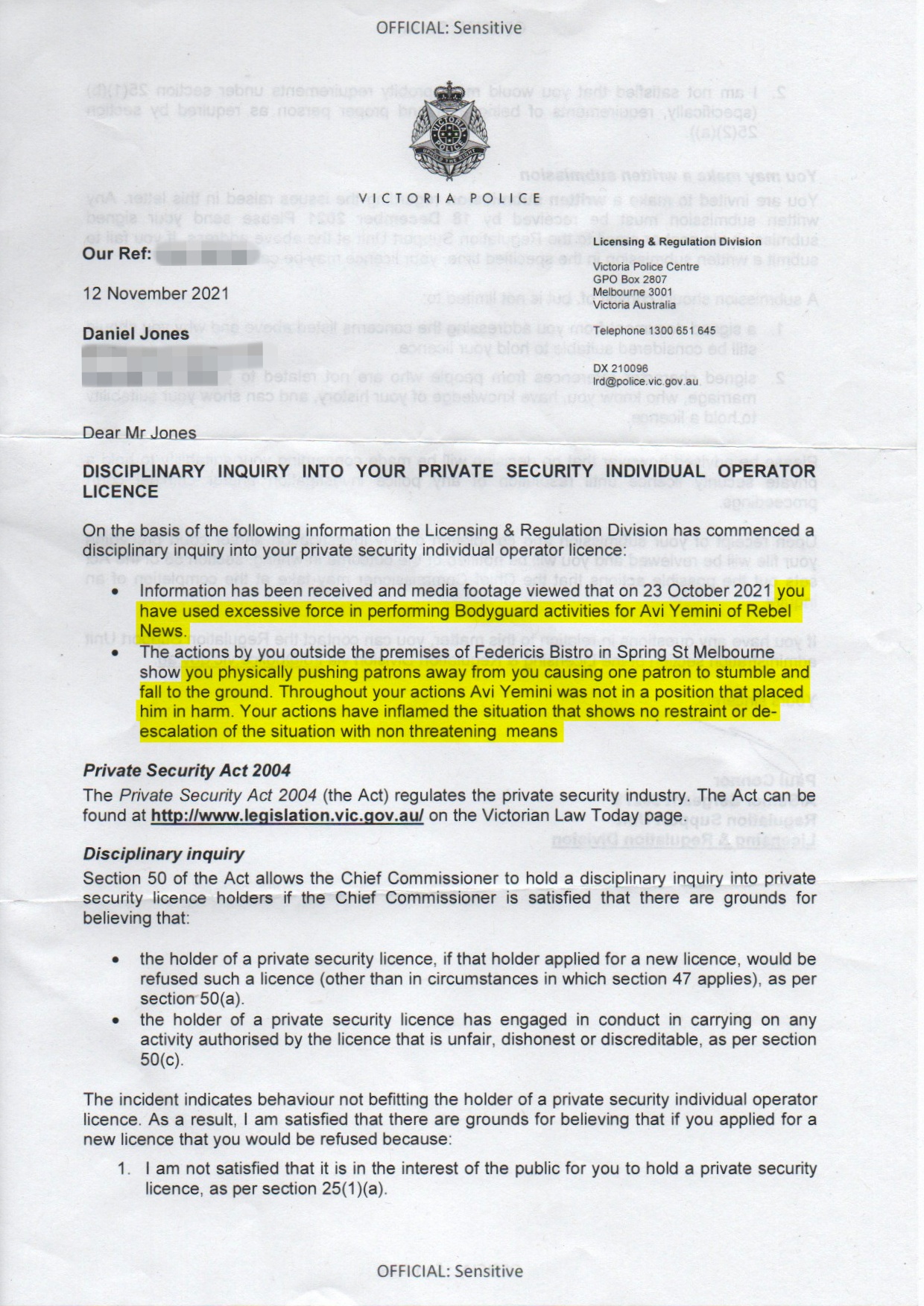 Daniel's lawyer also had his firearms licence reinstated after a massive show of support from the Rebel News audience.

"I'm just very humbled by it, I'd like to thank everyone from the bottom of my heart, because it's humbling and amazing that people would support me in what's happened," he said. 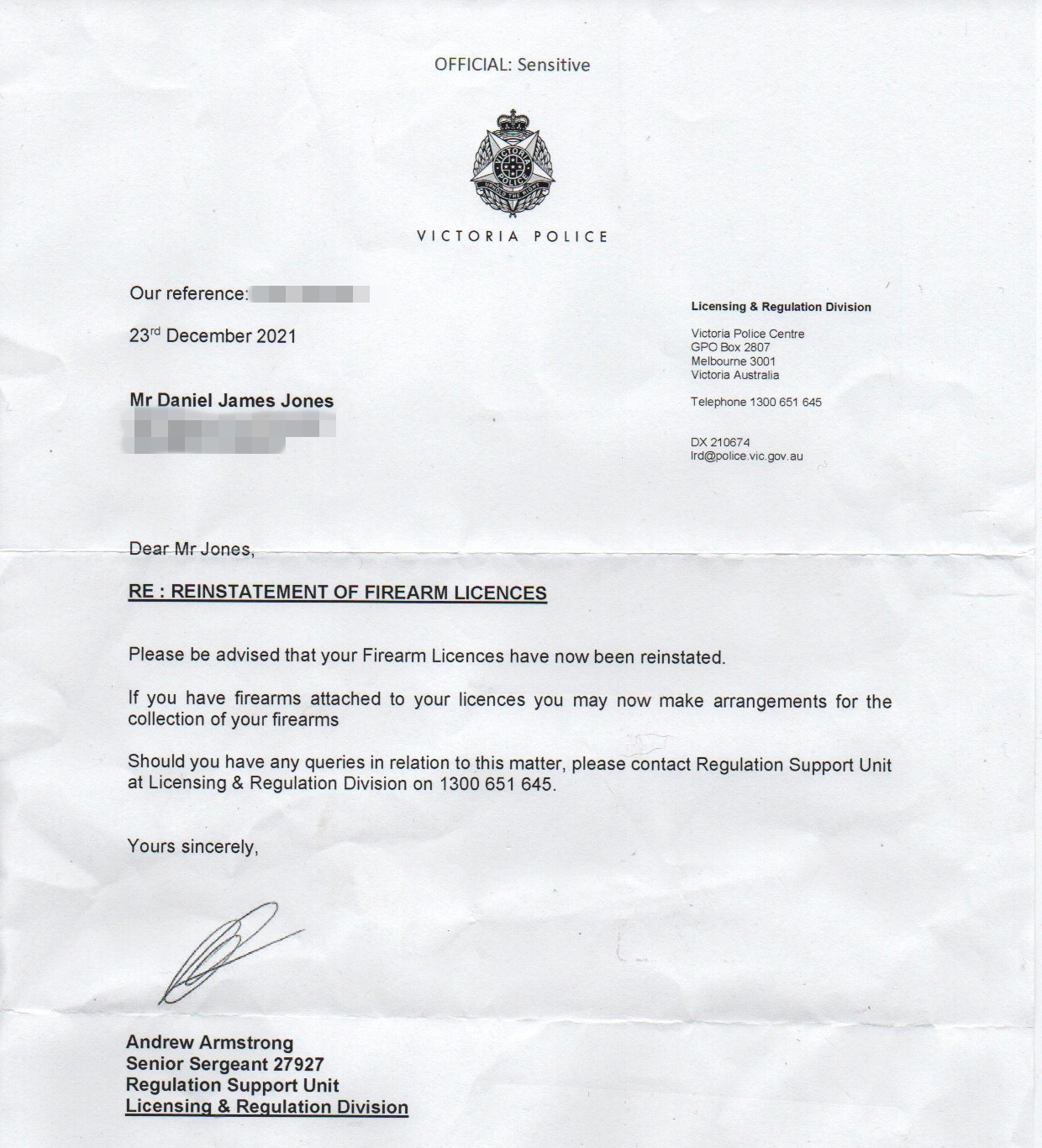 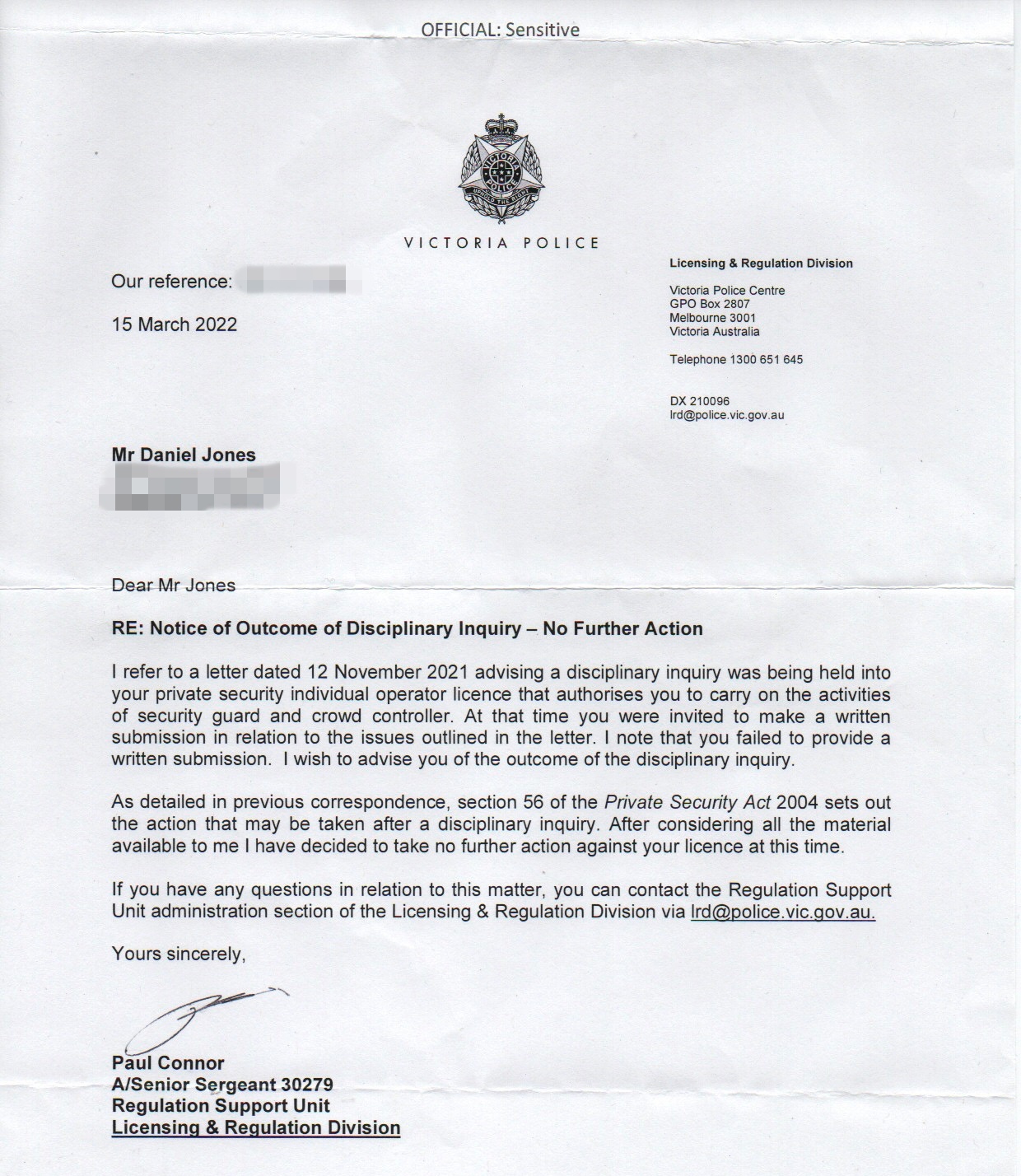 Daniel still had a matter before the Supreme Court from another incident where he was violently arrested and hauled off to jail while doing his job to keep Avi safe while reporting. We will stand by him as he stands by us, if you can show your support at using the donation form on this page.