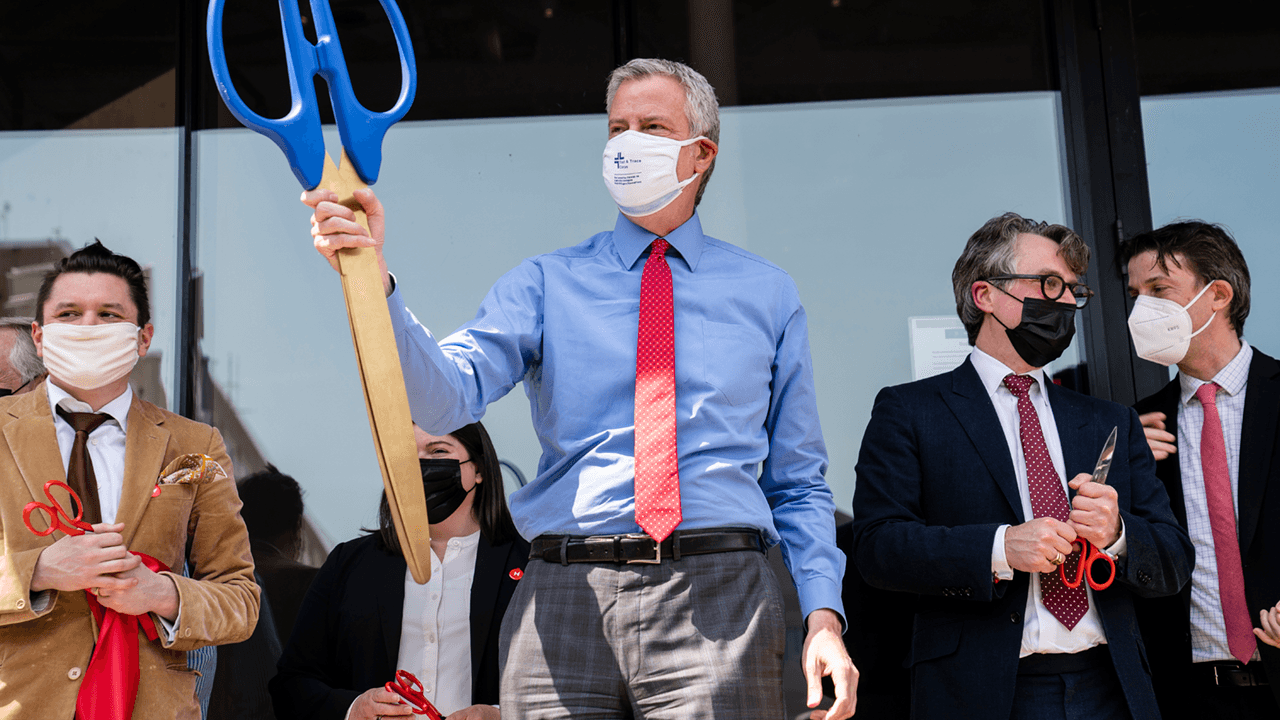 “It’s a slap in the face,” Jamie Gonzalez, 57, a Marine infantryman who saw combat during Operation Desert Storm, said in an interview with the New York Post.

“For many of us, a parade is a form of closure,” he added. “We gather together and support each other.”

Gulf War veterans such as Gonzalez were to receive special recognition during this year’s parade, commemorating the 30th anniversary of the conflict, but the permit was denied to the United Staten Island Veterans Organization, comprised of 16 local veterans’ groups that have sponsored the annual march for decades. The New York Police Department informed the organizers that de Blasio restricted the event under his emergency executive order on public events.

Other outdoor marches have been allowed to take place in New York City since the pandemic began, such as for St. Patrick’s Day and Black Lives Matter protests, both of which de Blasio himself took part in.

Following the death of George Floyd in May 2020, de Blasio also participated in the “East Harlem Pray and Protest.” Even after beginning to feel sick, de Blasio refused to take a COVID-19 test, prompting Councilman Robert Holden to tell the New York Daily News, “He wrote the book on hypocrisy. During his six years as mayor, he’s been nothing but a hypocrite on most things and this is a great example.”

“Look, have any parade you want, I have no problem with that,” said Volker Heyde, 78, who is the commandant of Staten Island’s Marine Corps League. “But for the city to put dopeheads over vets is just dishonoring us.”

An unnamed official told the New York Post, “People are just marching. That’s the new normal. The Staten Island people had the decorum and respect to go the proper way [and] they are suffering for their civic-mindedness. No one else is even asking permission.”

In a letter sent to the NYPD on Friday, attorney Brendan Lantry demanded a parade permit by Monday, pointing out the Cannabis Parade as precedent.

“Under the equal protection clause, it’s unconstitutional for the city to pick and choose between groups like this,” Lantry wrote, “There’s a clear double standard going on here.”