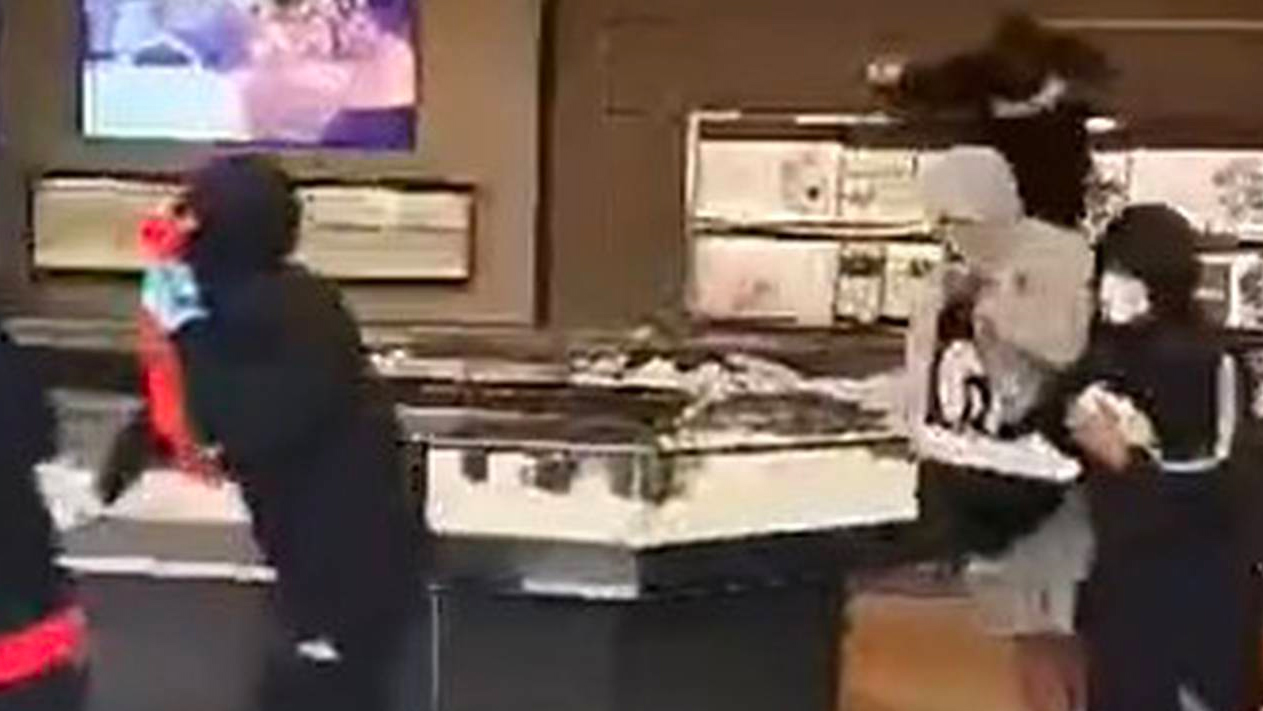 Shoppers in regional New Zealand have been left shaken after two brazen smash and grab robberies on Sunday.

A group of between seven and 10 masked robbers - some thought to be aged 13 years old - walked into Michael Hill Jewellers at The Base, Te Rapa Hamilton just before lunchtime and began smashing glass cabinets.

The group escaped with jewellery and hit an elderly man in the head with a hammer as they made their getaway.

This happens almost daily in New Zealand now. Big groups of 8-10 gangsters robbing jewelry stores in bright daylight inside of crowded malls. They raided my home with 72 armed cops and wasted $30 million on a copyright case but they can’t stop this? #nzpol pic.twitter.com/1DyAh79SfX

The jeweller’s store is located next to the food court, which was busy with diners at the time.

Roeland Koridon, who was with his children, said families in the food court heard “this almighty bang, it was almost like something exploding”.

"It was so scary because there were little kids all around,” he said. Another witness told journalists: "I saw guys dressed in fully black just smashing everything, yelling at the girls that were working.”

She said Michael Hill staff were left shaking and crying after the incident.

Some retailers said they locked their doors when they realised what was happening and stayed in place until police told them it was safe to come out.

"It's just girl workers, myself and my sales assistant today so I am not feeling too comfortable now. We might shut up a bit earlier just for our own relief,” a retailer adjacent to the jewellery store said.

Police have appealed for people with video footage of the incident to come forward.

Earlier in the day a security guard was injured after being attacked by a group of thieves who robbed a separate Hamilton shopping centre.

Police said a group smashed their way into shops on Hukanui Rd at about 5.45am.

The security guard was taken to hospital for assessment of facial injuries.

“This is a really nasty, gratuitous violence directed at the security guard who had not approached or challenged the offenders," Clarke said.

Hamilton mayor Paula Southgate told the New Zealand Herald that “smash and grabs are getting out of control”.

"It's got to the point where the government has got to step up and tell us exactly what they are going to do to help Hamilton,” she said.