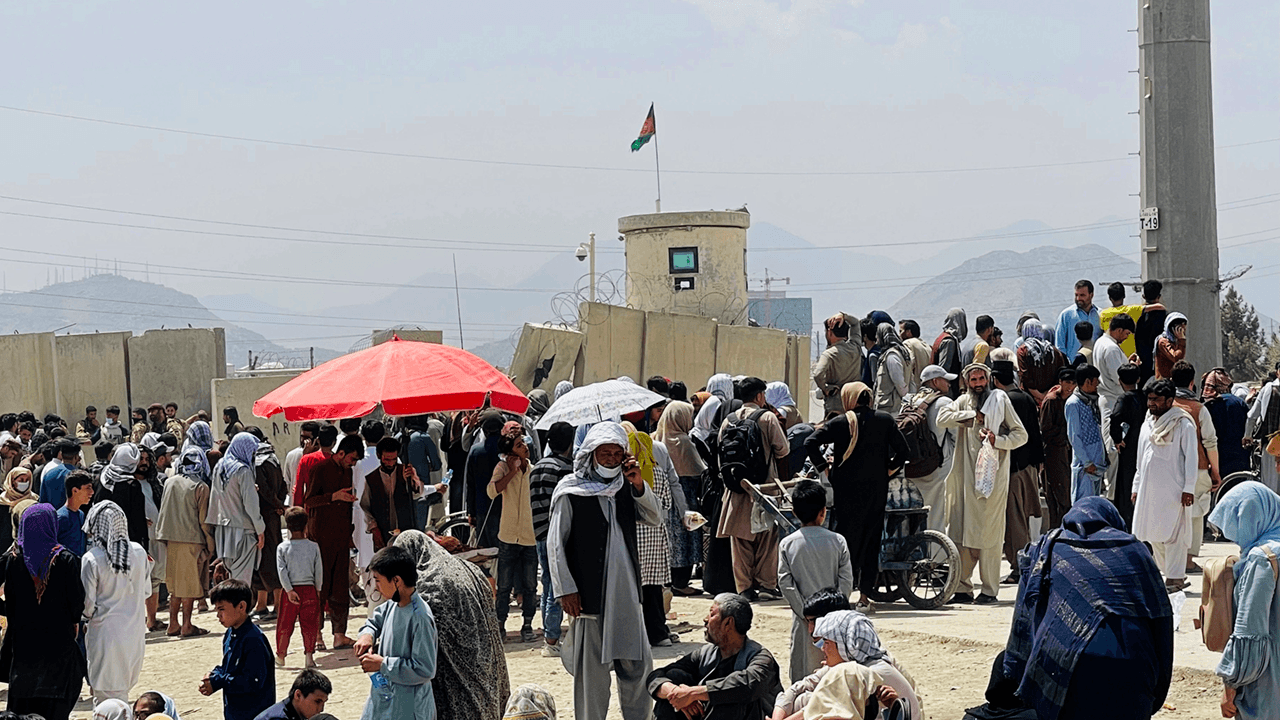 The Taliban are now screening paperwork at checkpoints outside of the Kabul airport, looking for American allies and others who aided the U.S. following President Biden’s disastrous withdrawal from Afghanistan, which has left thousands stranded behind enemy lines.

The situation outside the airport has turned into a “disaster,” as the Biden administration insists that Americans find their own way to the airport for evacuation.

A video posted on social media shows the “disaster” outside of Kabul airport, with the Taliban tormenting a crowd at a “checkpoint” and Taliban soldiers beating and whipping those in line, including a woman with her baby.

The situation at Kabul airport is a disaster. pic.twitter.com/aZHkUqJZA6

Another video shows people being attacked by Taliban guards as they wait to exit the country with their families.

Now I’m hearing from another Marine veteran trying to aid his former interpreter in escaping. The biggest hurdle remains getting them safely to the airport. There are Taliban checkpoints end huge crowds. One interpreter sent him this video from one gate pic.twitter.com/Ibc0xdlGuh

NBC News said that the Taliban checkpoints are designed to screen for Americans and coalition allies who the Taliban are, reportedly, arresting.

“The Taliban are going door-to-door and screening names at Kabul checkpoints as they hunt for people who worked with U.S.-led forces or the previous Afghan government, according to an intelligence report submitted to the United Nations,” the outlet noted. “The report — compiled by a Norwegian intelligence group and sent to NBC News — casts further doubt on the militant group’s claims of a “general amnesty” in the wake of their takeover.”

“Striking images earlier this week also showed a bloodied woman and child apparently beaten by Taliban fighters outside the capital’s airport, despite the group’s earlier assurances of ‘safe passage’ for those wishing and able to flee,” NBC said.

The BBC reported that the United Nations is concerned that the Taliban is preparing for a “mass execution,” following the news that they murdered members of a Deutsche Welles journalist’s family while hunting for the reporter.

Newsy national security reporter Sasha Ingber, who reported on Friday that Americans were “beaten throughout the night” by the Taliban as they attempted to get through the gates at Kabul airport, said that the Biden administration continues to claim that “Americans are not being impeded as they travel to the Kabul airport,” and no Americans have been harmed.

“What I am hearing suggests otherwise. Americans have been injured and stopped from boarding planes,” Ingber noted.