Tiff Macklem, Trudeau’s man at the Bank of Canada, raises interest rates by 1%, and tells Canadians to lower their expectations 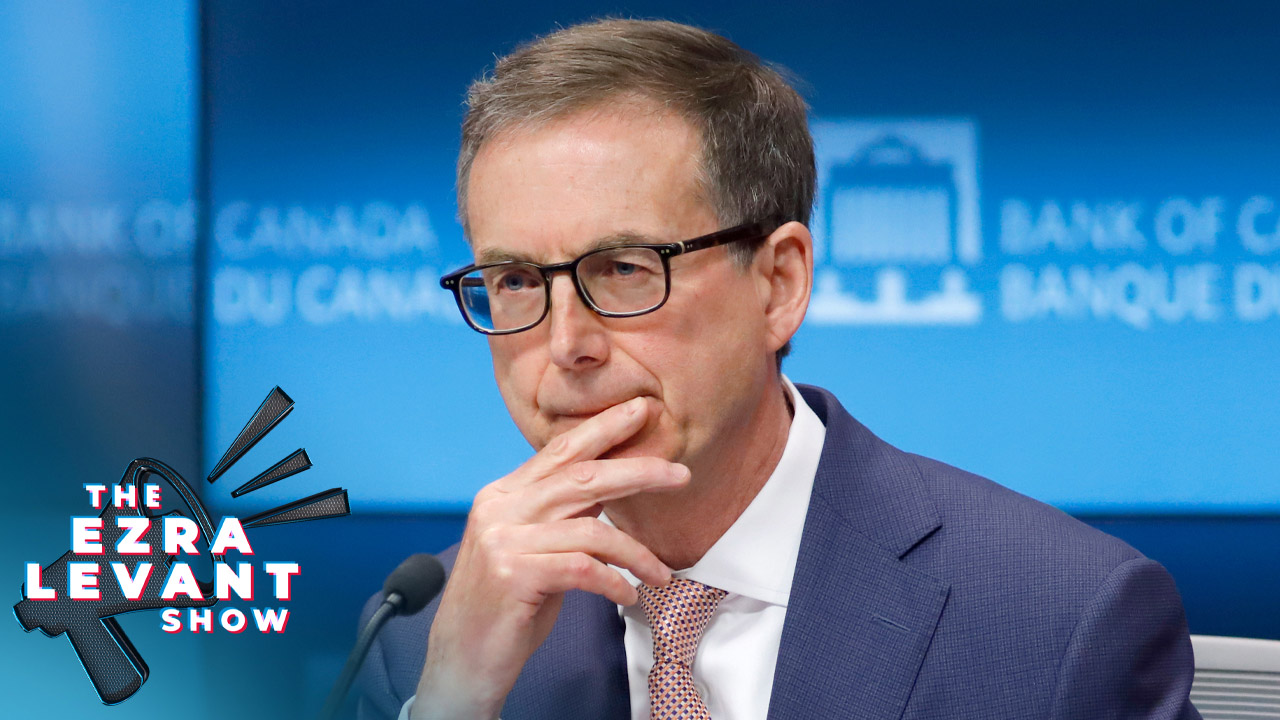 You’ll own nothing and you’ll be happy — that’s what Trudeau’s World Economic Forum says. Trudeau’s a WEF man; he loves going over there to feel important. He does that by hanging out with famous globalist celebrities.

Trudeau's deputy prime minister is Chrystia Freeland — whose job before becoming an MP was as Soros’s official biographer — Freeland is the only cabinet minister in the world that is on the board of the WEF. There are other politicians who are obedient to Klaus Schwab, but none of them are so brazen as to advertise that fact in public. Schwab brags about it.

So are you surprised that the man Trudeau and Freeland trust to make decisions about inflation and interests rates, is “Tiff Macklem”?

Who’s he? Exactly. No-one elected him. He’s like Theresa Tam — you didn’t vote him in and you can’t vote him out.

He’s the head of the Bank of Canada. You can see his signature, including his ridiculous nickname, on your dollar bills. What’s the job of the BoC governor? Well, they can control interest rates by determining how much they charge the banks to borrow from the BoC. So the banks then in turn adjust everything from the interest they pay you on your savings to the mortgage they charge you on your house. There really isn’t a more important lever on the economy than the interest rate.

The reason why “Tiff” would do that is because, he says, the economy is too wild; there’s too much inflation; the price of everything is too high. But that happened because of Tiff Macklem.

Besides setting interest rates, the other chief duty of the BoC governor is printing money. Which Macklem has done more than any other BoC governor in history. Because Trudeau told him to.

He’s hiking interest rates now on you, telling you to spend less, own less, live less, because he wouldn’t tell Trudeau to spend less and borrow less.

Trudeau famously said he never thinks about monetary policy. There may be some truth to it — monetary policy is boring and involves math and reading and economics and history, and Trudeau prefer photo ops and calling people racist. I’m not sure if I actually believe that. I think he thinks about it, but only in one way: will Tiff Macklem continue to print money to let Trudeau do whatever he wants to do — Build Back Better, more climate B.S., buy 400 million doses of vaccine, whatever.

And Tiff Macklem, like Theresa Tam, like Brenda Lucki of the RCMP, does whatever Trudeau tells him to do.

You know, it was just a month or two ago that someone who really does understand monetary policy and inflation and central banking, Pierre Polievre, criticized Macklem for getting us into this mess. Frankly, it was probably a bit obscure for most people — we all know who Theresa Tam is, she’s the nutcase who told us to wear a mask while having sex.

Tiff Macklem is far from a household name; but Poilievre knew he was flooding the market with fake money. It really is like counterfeit money; you pour that much printed money into the system, everyone else’s money is devalued.

Poilievre criticized Macklem — someone should — and oh my God, did the fancy people have a freakout.

The funny thing is, when Poilievre first started criticizing Tiff a few months ago, even though the entire elite circles the wagons for him — Tiff himself admitted that, yeah, they screwed up, and he ought to be held responsible. Of course he didn’t mean it; he didn’t resign; he didn’t apologize to the Canadian people; he didn’t lay out in plain language what he did wrong and why — that would involve criticizing Trudeau’s profligacy; that would have amounted to a victory for the evil Pierre Poilievre.

So he just said he ought to be held accountable, but of course that mere utterance was the end of it.

Just like when Trudeau was convicted again and again of breaking the Conflict of Interest Act. Just… nothing.

So yeah. We’re in this mess — but you’d better get used to it.

Hey, look at this exchange two years ago:

If your job was based on competence Tiff Macklem would be dismissed with cause. But of course, it's not. #cdnpoli