How quarantines are supposed to work: The story of the plague in Marseilles, France 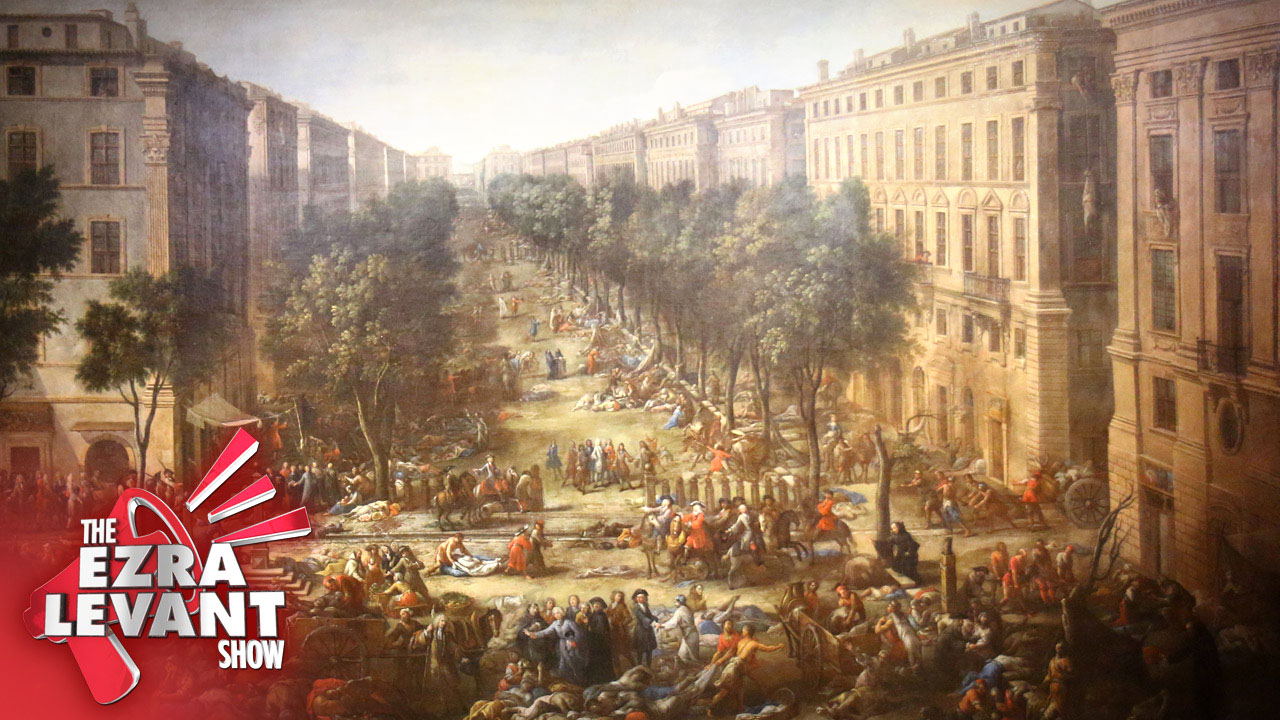 Yesterday I showed you some artefacts from the Spanish Flu of 1918. How everyone was wearing masks; how doctors found that sunlight was actually an important way to treat patients.

It was interesting to see the knowledge that was gathered in 1918 — as the era of modern medicine was getting underway; remember, penicillin wasn’t invented until a decade later. So it was the basics — wear a mask; get the patients sunlight; isolate them; quinine water — the medicine for malaria.

It’s like we un-learned those lessons and replaced them with… uh, telling people they’re racist or something.

My point was that I think there was a lot of commons sense back then; we’ve lost some of it; some of the know-it-alls today who are banning people from going to the beach or the park should read up about sunlight treatment. It’s interesting to learn from the past, or at least to know it, before discarding it.

And I want to follow up in that vein for one more day. I came across the story of the plague of Marseilles, France.

The plague had been to Marseilles before — the great Black Death of the 1340s and 50s that killed half of Europe, that took 200 years to repopulate the continent. And the plague came back again to Marseilles, finally ending in 1580.

So Marseilles was a port city. The plague travelled — on ships, from the east, because ships carry rats, and rats carry fleas, and that’s where the plague bacteria lives.

When a ship arrived, it would anchor offshore. For forty days — that’s where the word "quarantine" comes from, the Italian, “quaranta giorni,” or "forty days." Doctors from the city could see the health of the ship’s crew in forty days — that’s a long time to wait, with the city so, so close after journeys that likely took months, or even years. But the alternative was death.

That’s how Venice did it, when they invented the quarantine in the 1340s. And so after Marseilles last plague in 1580, they set up a whole system. They set up a city hospital; they set up a list of reputable doctors. They had a sanitation board. And they set up a lazaret, which in Italian is "lazaretto" — you can see it comes from "Lazarus." It was basically a quarantine hospital island where the ships would stay.

So they set up lazarets in Marseilles too.

A ship would come in and a delegation from the sanitation committee would go to meet it — and give it one of three different “bills of health.”

They’d check where the ship had been, and cross-reference that to what they had heard about those cities; they’d inspect the cargo, and the crew, and any passengers, looking for disease. And if they looked sick, it simply wouldn’t be allowed to dock in Marseilles itself.

But if the ship had been somewhere risky, even if no-one seemed sick, the ship was sent to those islands, the lazaret.

You could be quarantined for up to two months — and away from other ships and their crews. They’d really make you wait to make sure you weren’t sick.

But in 1719, something went wrong. TONIGHT I'll explain how the system broke down, and the terrible toll it caused.

There were about 90,000 people living in Marseilles then, and 50,000 died. Of course, even in those days, people travelled. Another 50,000 in the neighbouring areas perished. The plague raged on until January, 1723 — two and a half years. The authorities literally built a wall — a plague wall — to seal off Marseilles.

So what’s my point?

Number one: quarantines work. They’ve worked for early a millennium.

But the point is: you quarantine the sick people — not the healthy people.

Taiwan did this — you’ll recall my guest the other day saying they only quarantined 50,000 people in the whole country — not everyone. Just those coming in from China. Why treat everyone as if they’re a carrier — only people from China were. Marseilles didn’t make everyone live like a criminal. Just arriving ships.

One last thing — that plague wall. That’s a kind of border. Its’ a border within a country. But a border nonetheless. It’s what you do, no matter how painful it is, when the plague is mowing down half of your people. You enforce a border. A real one.

Walls work. Quarantines work — the Marseilles Plague of 1720 is the exception that proves the rule; it only didn't work because lying politicians foiled it.

Thank God the coronavirus isn’t as deadly as the plague, or Patty Hajdu would have got us all killed.

NEXT: Sheila Gunn Reid joins me to talk more about her special investigation into how much Dr. Theresa Tam knew about China and the coronavirus back in January.