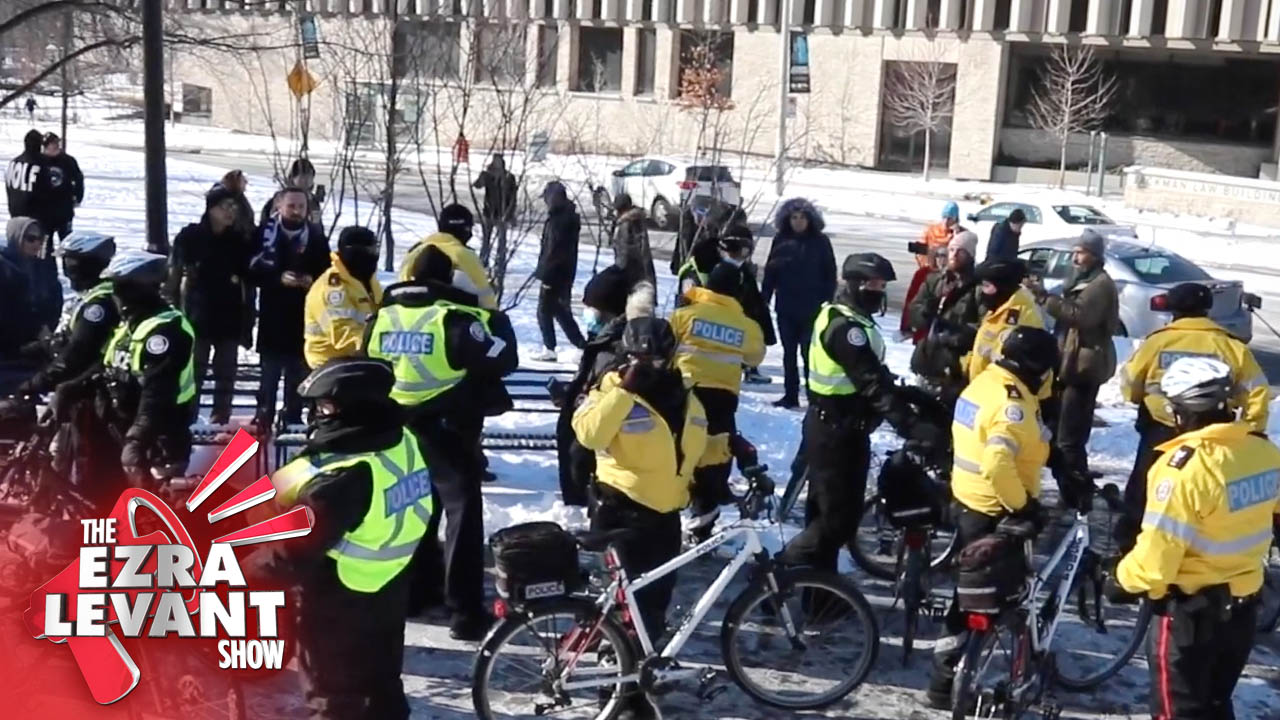 The Covid-19 virus has not destroyed our society.

It has been named as the cause of death for 21,000 Canadians, though there is reason to doubt that all of those people died from the virus, as opposed to dying from another cause, but also having the virus at the time of death. If you look at how the statistics are compiled, it raises questions about the accuracy of that number; and then there’s the unusual fact that the public health authorities are claiming that there simply are no “flu cases” this year, which would be an unusual miracle, wouldn’t it be? Except that it leads me to wonder if flu cases, which are another form of coronavirus, are being called Covid-19 cases.

But 21,000 deaths, over a year, in a country as large as ours, 37 million souls, and the average age of death is 82, and the average victim has three serious underlying conditions — that is not the destruction of our society.

It’s sad for those 21,000 people and their families; but it is also true that they were in the sunset of life and had other very serious illnesses. Again, I don’t for a moment downplay the loss of even a single life. But this pandemic has not destroyed us.

But the lockdown is. Two weeks to flatten the curve — that’s a bump in the road. But we’re coming up on a year now. The lockdown is there for its own sake now; it’s a worldview now; it’s a philosophy, I think it’s a superstition for a lot of people; and it’s an ideology.

The lockdown must become the purpose in itself; the news in itself. And violators are the new enemy. Not the virus.

Mainly the story here is: how we have been turned against each other. How politeness and courtesy and friendship and harmony and community and norms have been destroyed.

Not by the virus. But by the lockdowns.

The virus is gone — as good as gone. It will never be completely gone — the flu virus comes back every year, and kills thousands, but that’s life. But the tyranny for which the virus provided the excuse. I regret that will be with us for quite a while — and it will be quite a lot deadlier; and those who survive it, will be miserable still.

NEXT: Marc Morano (@ClimateDepot on Twitter) on Bill Gates.