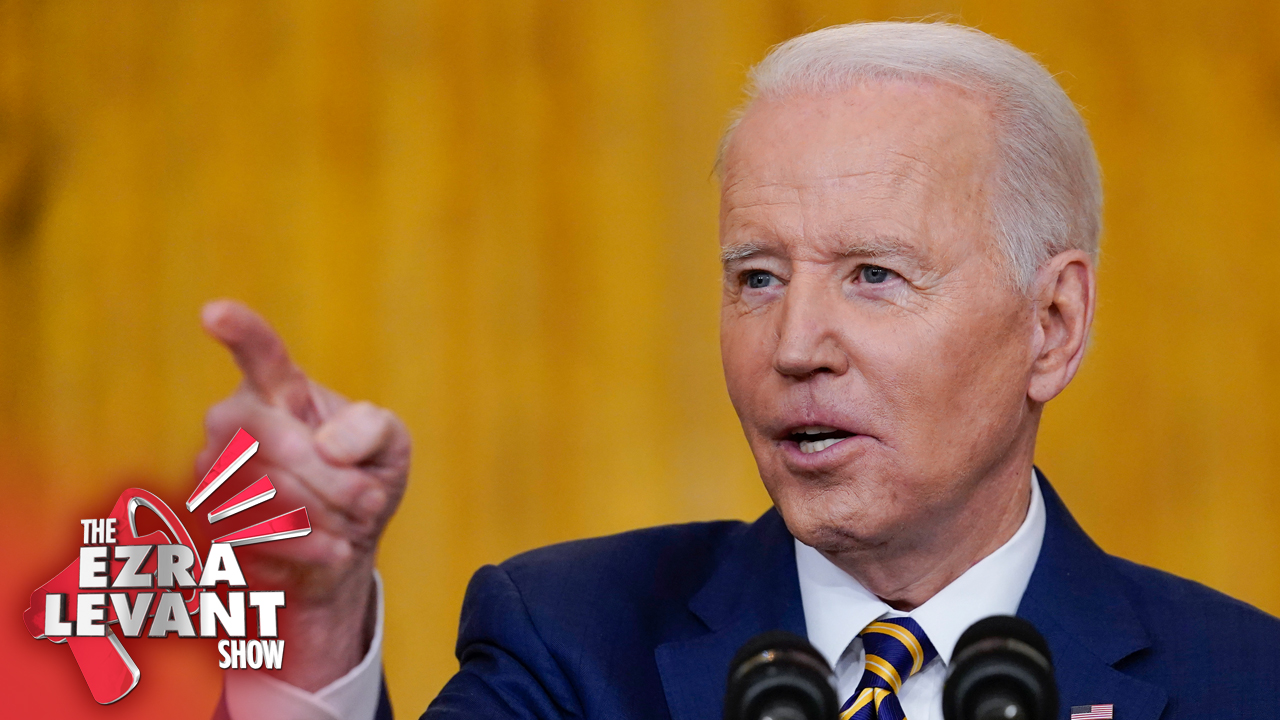 I don’t think it’s controversial to say that Joe Biden really isn’t in charge of the White House.

On tonight's show, me show you a few more clips from the press conference. But then let me end on the most terrifying — Biden talking about what he thinks of Vladimir Putin’s plans to invade Ukraine (again).

I don’t think it’s up to Canadians, or even Americans, to go to war with Russia over Ukraine.

I’m not saying I like Biden’s surrenderism; I’m just not sure that the other alternative is war. The fact that Joe Biden’s son Hunter Biden did millions of dollars of “business” — as if he’s a legitimate businessman, as if he was paid for anything other than his access to his father — muddies the water further. I’m not even sure what side Hunter Biden is on; he took money from both Russia and Ukraine.

Ironically, if Biden is in the payroll of Ukraine — I have no idea — it’s his sheer weakness that makes Putin know he can grab that land.

No-one can rely on Joe Biden. I think friends and enemies alike see that now. I’m glad Israel and the moderate Arab states are friends now, and perhaps mutual defence partners. Who would have imagined that five years ago — and remember, that’s a legacy of Donald Trump, who did the impossible.

Maybe India will become the regional superpower to help check the ambitions of China.

I have no idea. I just know that having a dying flashlight battery as president is more than just embarrassing. I think it might just start a war that nobody wants — except the very worst of the world’s tyrants.