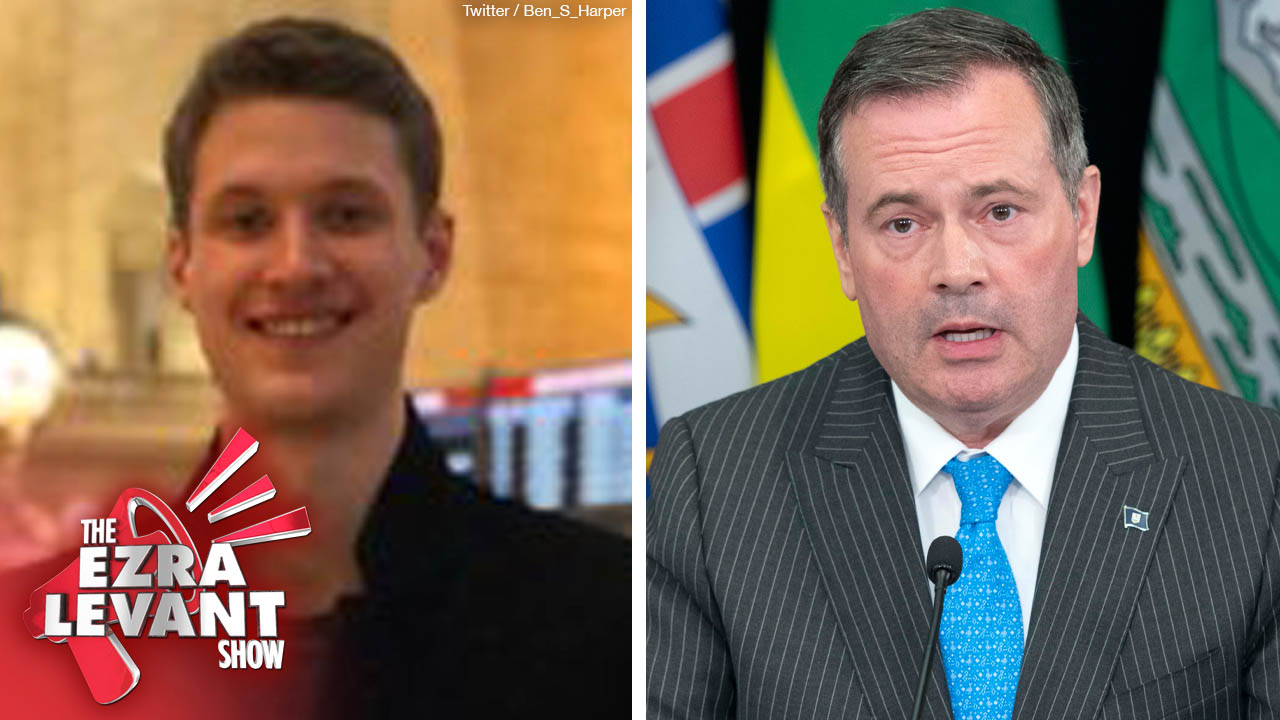 So she was wringing it out:

There are 179 people in hospital incl 39 in ICU. Sadly, 2 new deaths were reported. My sympathies go out all ABs who are grieving the loss of a loved one. For a breakdown of all the latest case numbers across the province, visit https://t.co/ZXjL7BGYwA (2/4)

Here’s what I wrote in reply:

Your policies have caused far more death than they have “saved”. You sentenced hundreds of Albertans to death through depression, suicide, and drug overdoses. You destroyed thousands of businesses, ruined thousands of marriages. You are a wicked woman who is going to hell. https://t.co/ZulK0u7VlD

Then I got this tweet from Ben Harper, Stephen Harper’s son, who went to work for Kenney in the premier’s office; I haven’t seen Ben in a long time, since he was a student.

I was surprised that he went to work for Jason Kenney as a political staffer — I had thought he was on a business path after school:

Just like the perpetual lockdown crowd - no data to back up ridiculous, unhinged claims.

I don’t know. I like Ben Harper, even if you can’t tell. Or at least I liked the young student he was when I last spoke with him. But his dad stood for something — and stood against something. Stephen Harper was a real conservative; and he hated the political-media industrial complex, the permanent bureaucracy. He didn’t white-knight for public health officials who violate liberty with a smile.

Who knows. Maybe Stephen Harper has become a swamp creature too; I don’t think so, but maybe.

I just have a tough time believing that the prime minister who set up an office for religious freedom would also send police to arrest pastors again and again and again, and jail them for months, and pass rules that specifically punish churches.

Then again, I wouldn’t have thought Kenney would, either.

GUEST: Jenin Younes (@Leftylockdowns1 on Twitter) on the push for everyone to take a vaccine.