Toronto’s decrepit airport practices an emergency police response — not against terrorists, but against peaceful protesters 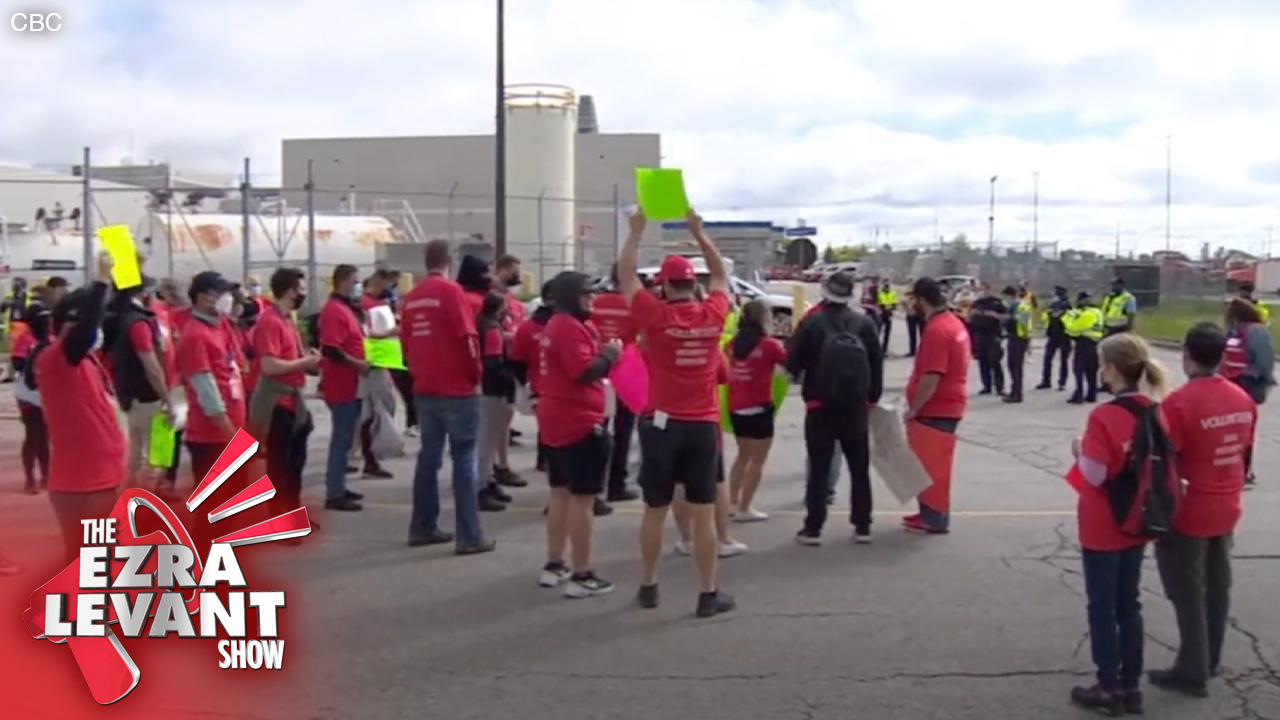 Look at this short news video:

That’s pretty weird in a bunch of ways. The main thing is that the government believes the greatest threat to the airport — and that this TV channel, I’m not sure which that is — claims is a mandatory exercise — ordered by the government, Transport Canada, the Toronto Airport Authority — they all think the greatest threat against which they need to prepare and plan is not terrorists, not criminals, but rather peaceful protesters concerned about losing their civil liberties.

That’s the big threat that is the “emergency” in this war game. That’s the emergency. And the government wants you to know that’s the new threat. And the TV station — I mean, does it even matter whether that’s Global or some other TV station, they’re all interchangeable — was happy to go along with it, not curious enough to ask a single question, let alone to challenge it.

You have a police drill against peaceful protesters worried about civil liberties? That’s what you’re doing?

I’m on the no fly list along with millions of other Canadians, so I haven’t been to the airport in a while, but this is what it’s like at Toronto’s Person International Airport, Canada’s busiest.

Omar Alghabra, the Transport Minister, who actually used to be on a real no-fly list, when he was the head of the extremist group called the Canadian Arab Federation, by the way — he says the problem at the airport is that Canadian travellers are out of practice. He actually said that. He said the problem was you.

It’s so bad, even the CBC is complaining — this is a senior Liberal operative, and former CBC senior vice president, Kristine Stewart. She’s a global warming activist and jet-setter. Don’t make her wait on the plane!

When the time you wait to deplane at @TorontoPearson makes every flight into Toronto a transatlantic journey..:Can we get @Aeroplan points by hours kept on the plane instead of miles travelled?? pic.twitter.com/WJ34mBzYfs

I’m guessing if there’s going to be a protest at the airport in the next little while, it’s probably going to be by vaccinated people, who are stuck for six hours in a terminal, or stuck on an airplane and not allowed to get off for hours. That’s happening too. I supposed Canadians are too polite to protest third-world conditions in our country, but I’m guessing that’s the most proximate threat.

And it’s not being fixed anytime soon, obviously.

The real point I take away from this fake police exercise is: why are they doing it now? I mean, lockdowns began two years ago; they're almost all gone, now. Why are they preparing… now?

Well, I think one possible explanation is that they intend to make the ban on unvaccinated people flying permanent. If it was going to be over soon enough, why would they do that? We all know that vaccines don’t stop you from getting sick; or stop you from passing on the virus to someone else.

The airport has a crisis on its hands — absolutely mayhem for travellers. But this is what they spend their time and resources on. It’s important to them.

But look at these little vignettes.

Our emergency exercise is now complete. Thank you to all the volunteers and partners that participated in this important event that tested our response to a protest on airport grounds. #YYZEMERGEX pic.twitter.com/pfZInARNLp

Why are they doing this? Maybe they think there’s going to be a protest at the airport. Could be. They obviously think that Trudeau is going to keep the flight ban in place as long as possible.

But I think it’s something more. Could you imagine an exercise planning a paramilitary response to Black Lives Matter or idle no more? Unthinkable. It would be called racist. A violation of civil liberties. Even thought BLM riots in America were violent and deadly. And forget about Antifa — which, by its own description, is a violent street gang.

The police simply don’t do this — and certainly don’t do it in public.

This is a psyop, a psychological operation. The RCMP, CSIS, Transport Canada and various other police forces and authorities now have an explicit mission: they intend to criminalize Justin Trudeau’s peaceful political opponents. They liked the Emergencies Act. They got away with it. The media were cheerleaders of it. The courts have been fine with all of it — in fact, the courts have been some of the most abusive, vindictive bullies during this whole time.

So yeah. This is about redefining peaceful protests as criminal. They’re doing it on the Internet — why wouldn’t they do it in real life, too?

GUEST: Alexa Lavoie (@TheVoiceAlexa) will talk about her weekend covering a convoy in Quebec.