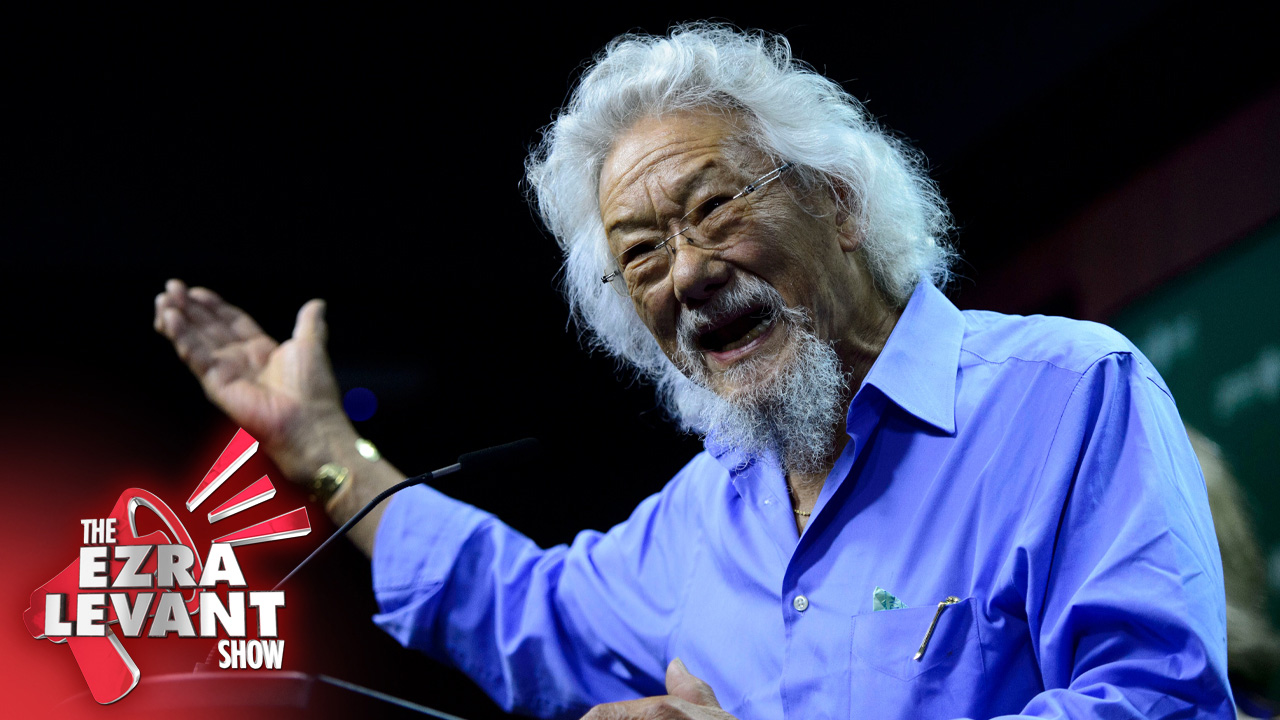 Tonight, David Suzuki, eco-terrorism, and how there is nothing new under the sun. Then, Drea Humphrey joins me to talk about the flooding in British Columbia.

The COVID emergency must be over. Because the far-left has gone back to their old hysteria: the climate emergency. And they are so emotional, they are threatening violence.

And this isn't the first time. And it won’t be the last.

Violence at the hands of the peaceniks has been around as long as there have been peaceniks.

The environmentalist movement is full of murderers, from Ira Einhorn — the founder of Earth Day who composted his girlfriend — to cult leader Charles Manson, who had an acronym, ATWA “Air Tree Water Animals — all the way alive” as core to his central personal philosophy, to the Weather Underground bombings in the 70s.

Look at this from the FBI: “The Weather Underground stepped forward, inspired by communist ideologies and embracing violence and crime as a way to protest the Vietnam War, racism, and other left-wing aims.

“Our intention is to disrupt the empire ... to incapacitate it, to put pressure on the cracks,” claimed the group’s 1974 manifesto, Prairie Fire.

“By the next year, the group had claimed credit for 25 bombings — including the U.S. Capitol, the Pentagon, the California Attorney General’s office, and a New York City police station.”

This is how it has always been.

Radical environmentalists see humanity as a plague to be destroyed, instead of the crowning creation of God to add to his earth. To complete the earth. Man and then woman.

Here is the abominable creation of the CBC, Dr. David Suzuki, who is a fruit fly geneticist and not a climate scientist by any means, talking to reporters at an Extinction Rebellion protest on Vancouver Island.

Now that’s madness, but it’s also not far-fetched and I will get to that in a second. In response, Alberta Environment Minister Jason Nixon laid waste to Suzuki in the legislature on Monday.

And in case you think that a bombing in the name of eco-terrorism is just so outrageous that it could never possibly happen in real life, and it's just hyperbole...

Well, let me refer you to the story of Wiebo Ludwig. The story itself is surrounded by controversy, but Weibo Ludwig was a reformed religious leader in the Peace Country in Alberta, in the late 80s and early 90s. He was the patriarch of Trickle Creek compound who accused the oil industry of poisoning his family and his livestock and ultimately, he was convicted of several crimes.

Again, with a lot of controversy around how that conviction came to be.

But he was held responsible for bombings and vandalisms of oil field sites in and around Hythe Alberta.

Whether or not you think he did it, or that he was framed — the point remains that he was convicted and, moreover, the vandalism and bombings happened.