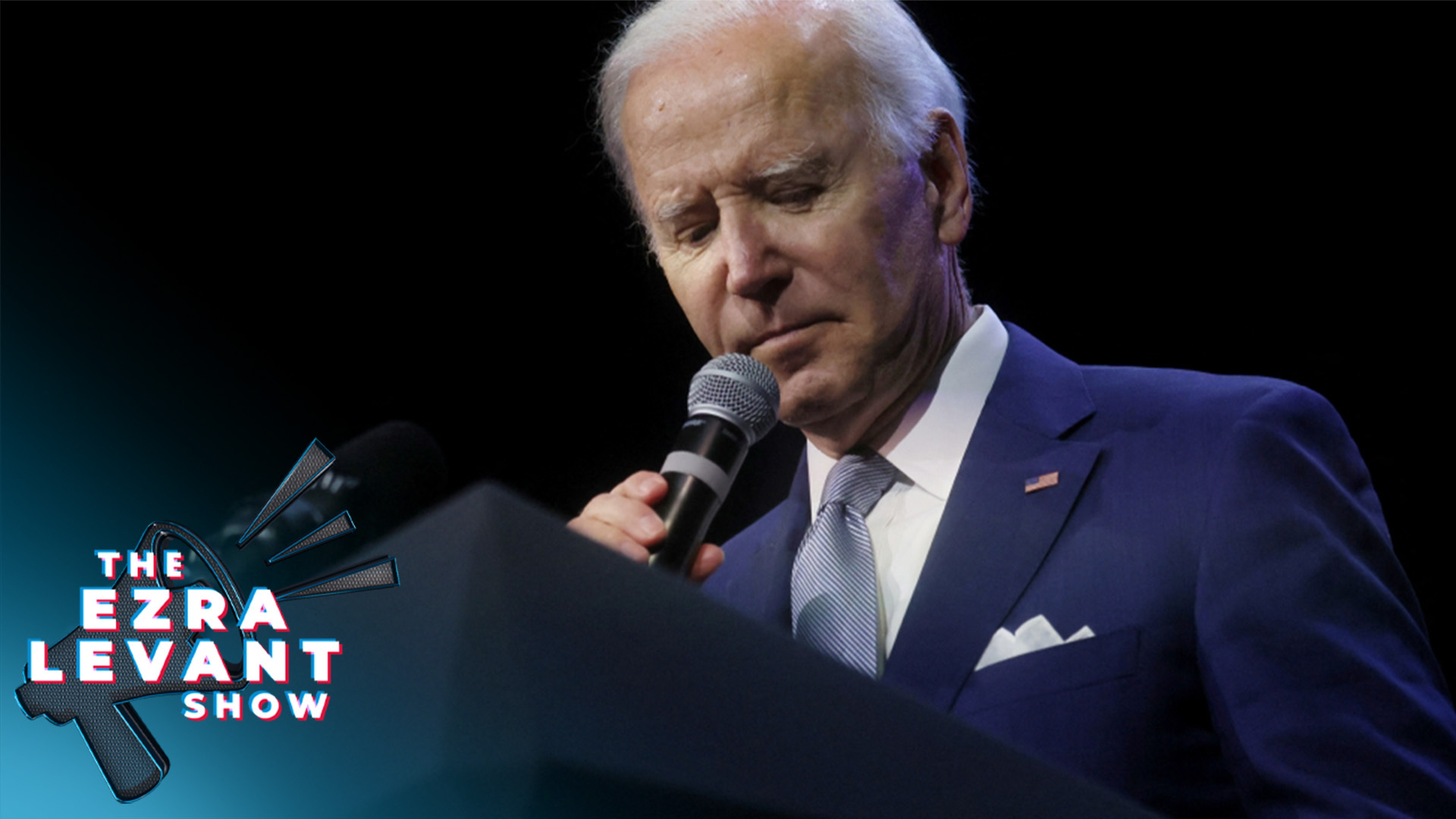 If a conservative told you that people just can’t trust the media, you wouldn’t be surprised. But what if a liberal said that — what if the New York Times itself, the flagship liberal newspaper in America said that? That’s surprising — and it can’t be written off as some conservative spin.

Well, that’s what the latest New York Times poll showed. It’s the “cross-tabs”, as they say, the very detailed results by different age and gender.

There are so many things in it that I think are interesting, and the fact that it comes from the New York Times adds to its impact — I just think that if a liberal newspaper is publishing this is hits a little harder.

Our politics are busy — there was just a Quebec election; there was a leadership vote for the Conservative Party of Canada; a leadership vote just last week for Alberta’s United Conservative Party, both of which were caused by the truckers, actually. A momentous set of city elections across B.C. — a bunch of leftist incumbents thrown out. Of course, the Trucker Commission of inquiry is underway in Ottawa. Inflation is another; and I think it’s pretty clear we’re headed into a recession. I’m so sorry to say it.

So, Canadians are busy, we’re focused on things as a country — but the U.S. is just weeks away from their mid-term elections, November 8.

It’s been two years since Biden was elected — and he’s visibly declining right in front of our eyes. I mean, it’s embarrassing.

You know, he hasn’t done an interview one-on-one with a reporter in about a year — he only appears with his wife with him, as a kind of spotter or nanny. That’s a fact.

He’s on vacation almost half the time — just to rest up his weary bones. I think he’s actually the president only in name — I think other people are running the country, and I think what President Dwight D. Eisenhower called the military industrial complex is a big part of that.

So, in three weeks Americans get to vote — not for or against Biden, but he really is a kind of ballot question. Do you like where things are going? Do you like the direction of the country? It’s fascinating and telling to see so many local Democrats shying away from Biden. No-one is asking for his endorsement, unlike Republicans who get big energy from a Trump endorsement.

Every single congressional seat is up for grabs; and a third of the Senate. The Democrats control things now — if it tips back to the Republicans, Biden will be as good as done; he’ll get very little of his remaining legislative agenda through — though, remember, he still has massive executive powers, ranging from military things to nominating judges. But the era of Biden is quite likely over, if it ever started.

So let me show you the NYT’s massive poll, three weeks before election day.

“Do you think the United States is on the right track, or is it headed in the wrong direction?”

That really is the key question, isn’t it? It’s all you really need to ask, isn’t it? And the result is shocking. Just unbelievable. Unbelievable, if you used CNN or the NYT as your source of information about the world. Because the Media Party is like press agents for the Democrats; they love it.

Now, some Democrats would still vote for Biden even though they say he’s on the wrong track. But here’s the generic party split today: “if this year’s elections for Congress were held today, which party’s candidate would you be more likely to vote for in your district”: 45% Democrat to 49% Republican.

This next question is truly shocking: “Do you approve or disapprove of the way Joe Biden is handling his job as president?”

Look at the answers: 18% strongly approve; 21% somewhat approve; 13% somewhat disapprove; But a whopping 45% strongly disapprove. Despite full-time puffery by the Media Party. Trump was demonized 24/7 for four years — I don’t think he polled this low as president.

The Times takes a break from the upcoming election to talk about the 2024 race — fair enough: (Among those who plan to vote in the Republican primary) If the Republican 2024 presidential primary were held today, who would you vote for if the candidates were:

And then they do a hypothetical match-up: Biden or Trump, 2024? And would you look at that: Trump would just beat out Biden. Despite all the demonization of Trump.

So, what’s on people’s minds? This is fascinating. Compare this list to what your news feed is full of. You hear about Black Lives Matter and transgenderism and non-binary and drag queen library things; the war in Ukraine; the need to “fight” global warming; people listing their pronouns; you hear that word “Latinx”, that no actual Latino has ever said. Compare that to real life:

The economy, jobs and the stock market — 26%, even higher amongst young people. Inflation and the cost of living — I’d say that’s almost the same subject, 18%. And nothing else is above single digits — abortion and immigration are next, which I believe. But Russia-Ukraine — that’s 2%. Global warming is 3%. Look at coronavirus — less that 0.5%.

Talk about a gulf between what the elites care about and what the people care about. The Media Party is obsessed with the pandemic still, talking about mandatory vaccines for kids, etc.

Less than 0.5% of Americans feel the same way.

Elites. That means the political class; bureaucrats; the people who invoked the lockdowns; pharma executives; military-industrial complex; globalists at the UN or WEF. The deep state; the people on TV.

What a great question! Amazing. And the answers are amazing too; 59% say major threat! Another 24% say minor threat. Add them together, that’s 83% say it’s a threat. I guess that’s even larger than the elites question.

And again, young people feel it hard — 93% of them. Amazing, no? Do you think any journalists feel responsible for that? Or do you think they need to simply need to shout louder at people — call them racist more, call them sexist, call them Russian stooges or transphobia whatever the insult of the day is?

That’s a stunning number. Do you think a single Media Party journalist cares? Do you think they realize it’s why people are leaving mainstream media for alternative media (like us)?

Quick snapper — 49% of Americans say electronic voting machines are a major or minor threat to democracy. I agree — just count them by hand.

50% say voting by mail is a threat, too. I agree. Only 37% of Americans say they have “a great deal” of trust that the upcoming midterm elections will be accurate. In fact, only 63% of people think Joe Biden is the legitimate president.

One last question that just made me chuckle. You know, I meet a lot of people, and in my entire life I have met precisely two people who believe in something called “QAnon”.

It’s a kind of conspiracy theory, or ideology, or political worldview, that’s cryptic and suggests that someone named “Q” is giving secret hints about things. There are other parts of the worldview — some of which could be called “conservative” or “skeptical”. But some of it is conspiratorial. I’ve only met two people in my whole life, and I meet plenty of people.

But the Media Party is obsessed with it. I hear about QAnon every week in the liberal media. They project it onto conservatives — they want to write off all conservatives as dupes, as cult members, are foolish conspiracy theorists. But the poll shows no-one even knows about QAnon — other than the media!

“Do you personally find the QAnon [Q-ANON] theories or movement believable or not believable, or do you not know enough to say?”

What do you make of this poll? I believe it’s largely accurate. I believe a lot of these same questions would get similar answers in Canada. The distrust of elites; the hatred of the media; the completely different set of priorities for the people, as opposed to the media-political class.

I’m glad the NYT published this — because for them to admit to this, you know it must be real.

And in three weeks, we’ll see what this yields in the U.S. midterms — if those midterm elections are accurate, a proposition that only 37% of Americans deeply believe.