Arrested for doing journalism in Canada — why the silence from other journalists? 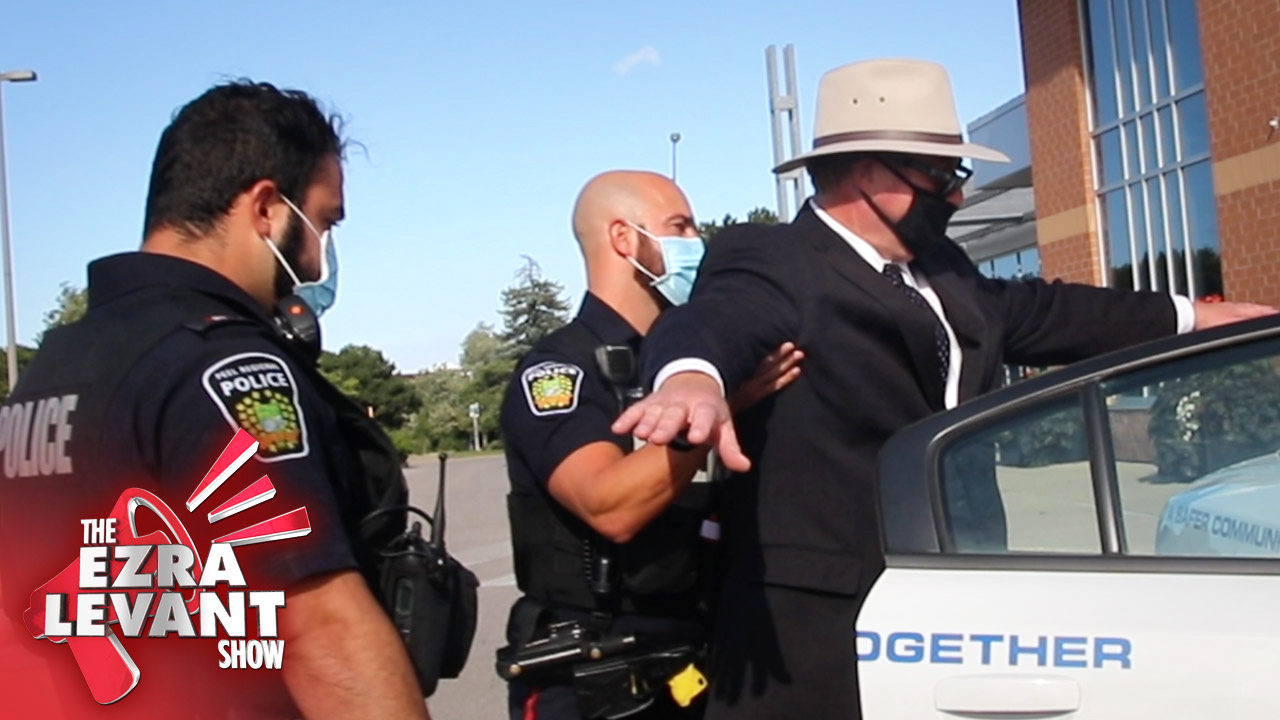 Yesterday, we had a special livestream that started in the late afternoon, because our reporter, the amiable David Menzies, was arrested in Brampton.

More than 100,000 people watched a livestream we did of the arrest. It was sort of rickety — the cell phone coverage wasn’t great, the wind made it hard to hear.

More than 100,000 people watched, because they were shocked that a journalist was arrested in Canada, for doing journalism.

But where is the media? As in the “official” media, the fancy ones who say we’re not real journalists?

Joe Warmington of the Toronto Sun mentioned it in his column today — I’m glad he did. Of course the fancy media party types say he’s not real, either.

But what about the CBC, CTV, Global, the Globe and Mail, the National Post, all the civil liberties groups, the media fancy pants?

They don’t care. They’re sort of glad about it. They like it when we’re censored.

They censor us themselves — they ban us from press galleries.

Rex Murphy’s own colleagues are trying to get Rex Murphy fired. So of course they hate us.

And of course politicians just hate us — because they don’t control us, because we don’t take their money.

If you want to help us fight back — not with violence, which is the way of the left, but with the law, which is our way, please do. Go to SaveMenzies.com. He was arrested. Put in the back of a cop car.

He wasn’t sent to jail — we sent out an e-mail too quickly yesterday from our head office erroneously stating that; sorry for that error in the fog of the moment.

But jail is obviously the next step for him if he dares to do any more reporting on Patrick Brown.

NEXT: David Menzies tells his side of the story.