Climate lockdowns have come to Europe. That was quick. 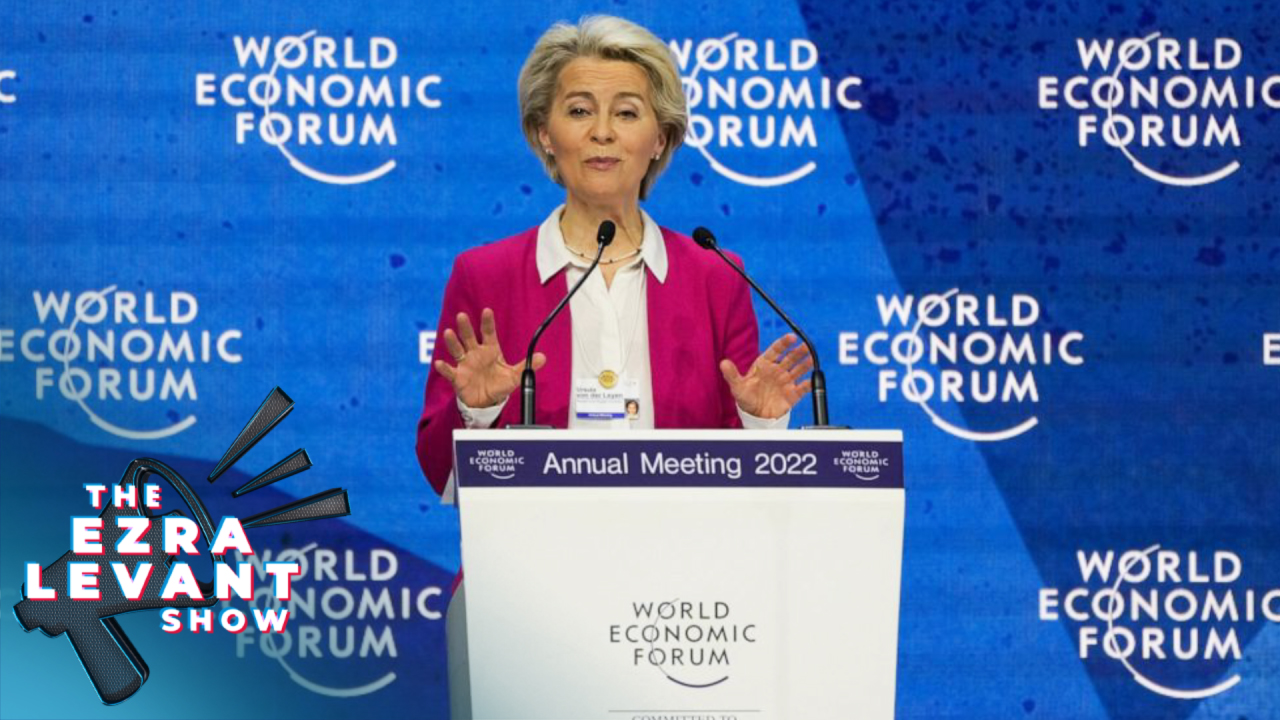 Hey look at this video. It’s from Europe.

Looks like Europe is getting its Great Reset. pic.twitter.com/MonHxKgd04

That woman has never been elected by anyone — but she is the president of Europe, Ursula Von der Leyen. Europe is not a country, of course, but it has a president — of the European Union, like a smaller version of the United Nations. And she’s more powerful in some spheres than actual presidents of countries in the EU. That’s a big reason why the UK voted to leave the European Union a few years back. How could any self-respecting country submit to a president, and a European Parliament, in which their own country became a minority, submissive to a continent of foreigners, even friendly foreigners?

Anyways, that’s who that is — a globalist by definition, someone who doesn’t respect local autonomy or sovereignty, by definition. I mean, it is not surprising that she loves going to the WEF — it would be odd if she didn’t. They’re her kind of people — she doesn’t have to go door-knocking or anything so pedestrian as we have in democratic elections in nation-states.

Anyways, you heard the woman. Flatten the curve. I can’t believe she said that. You remember that from the pandemic lockdowns. Hey, we know it’s painful, we know it’s a violation of your civil liberties, we know it’s without democratic legitimacy, but it’s just for two weeks. Just let us do this to you for two weeks, and we’ll stop. We promise.

Mandatory reduction in energy use. What do we need energy for? Especially natural gas — that’s what she’s really talking about. Well, it’s used to heat a great many homes. Just that. And cooking. And of course natural gas is a fuel in power plants — it succeeded coal in many cases.

And although much of Europe has its own natural gas, often trapped in shale rock, it has to be fracked, and thus environmentalists have been able to scare off progressives, to scare them out of fracking their own gas. To ban their own energy — and to import it from Russia.

Trump warned them about that.

Thousands of Xcel customers locked out of thermostats during 'energy emergency'

22,000 people lost control of temperatures in their homes for hours Tuesday

Another point for the conspiracy theorists. pic.twitter.com/inXgqac4KS

You got that notice that your house temperature was locked — you couldn't do anything about it. Now, that didn’t go to everyone — just those low-income people who accepted, I think it was a $25 reduction in their power bills. So, the poor can sweat it out in the summer heat.

What does that mean? We all need to conserve as much energy as possible during this record breaking heatwave.

Here’s what to do until 9pm tonight:
- Set thermostats to 78
- Turn off unnecessary lights
- Avoid using large appliances

Flex alert sounds so cool. Just don’t use anything big and electric. Like, say, a Tesla. Not that you could afford it.

The climate crisis is here. pic.twitter.com/aruNka276w

They’re literally using those panic emergency messages, like they do for kidnapped kids.

Don’t worry, the Media Party has an explanation for it all:

But it’s not climate change. It’s not the Russians. It’s that the west has committed economic suicide by banning things that work. Coal. Oil. Gas. Nukes. And investing in schemes that don’t. No-one more than Germany, by the way.

They had a thing they called EnergieWende — energy turn, energy transition. They spent the better part of a trillion dollars on it. No change. No meaningful change — other than huge, ugly, bird-killing wind turbines; lots of enriched lobbyists; but no change.

Using exactly the same language as they do now — just two weeks, we promise.

Yeah. They devastated our health in the name of health. They’re devastating our energy in the name of energy. And you know they’re coming for our farmers next, don’t you?