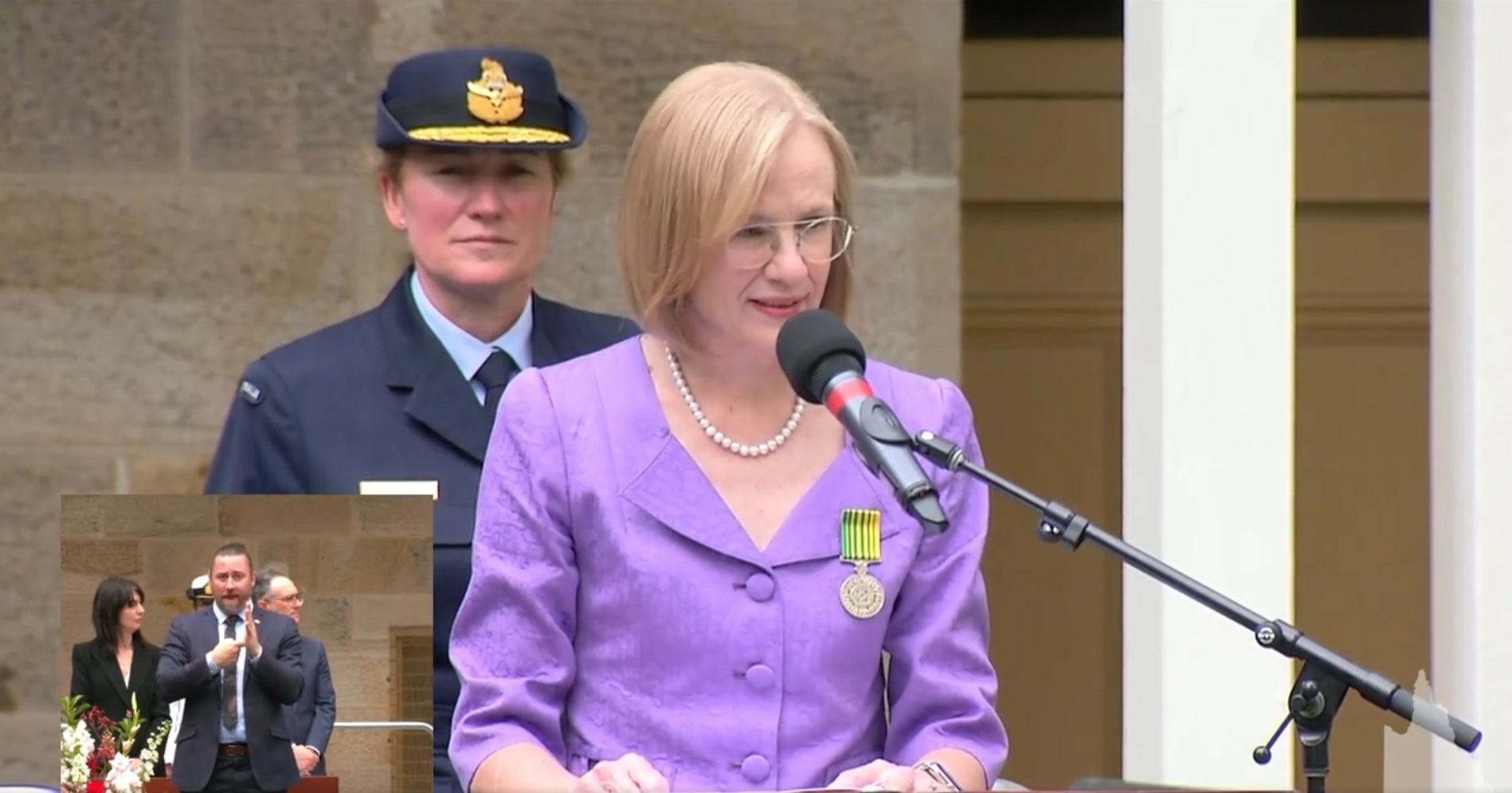 Dr Jeannette Young has been sworn in as the 27th Governor of Queensland after spending 16 years as the state’s Chief Health Officer.

“I look forward with great optimism to serving Queenslanders as their 27th Governor,” said Young.

Dr Jeannette Young has been officially sworn in as the 27th Governor of Queensland.

In a ceremony on the green at Parliament House, Dr Young took the oath of allegiance and office, becoming the fourth woman to serve in the role. #10NewsFirst pic.twitter.com/BWBumzSflg

When deciding who would be the next governor, Queensland Premier Annastacia Palaszczuk said that it was a ‘no brainer’ to make the Chief Health Officer governor in the middle of a pandemic.

“As Queensland’s chief health officer your bedside manner was calm and direct. From a population of 5 million, only seven people have lost their lives. This is a world-leading result. It caps a lifetime dedicated to public health and 16 years as chief health officer,” said Palaszczuk.

"I'm quite sure that she will be the people's governor, because she has been with the people of this state through the most difficult challenges that our state has ever had to face."

It is unusual, but not unheard of, to appoint a medical officer as governor. Australian state governors are more likely to have a background in law, such as former governor Paul de Jersey who previously served as Chief Justice of Queensland between 1998-2014. His original term as governor was extended to allow Young to deal with the pandemic response.

Young’s appointment has left Queensland without a Chief Health Officer. Infectious diseases clinician Krispin Hajkowicz was set to replace Young, but pulled out at the last minute for personal reasons. In the meantime, Dr Aitken has filled the position as acting Chief Health Officer until a replacement can be found.

A 19-gun salute to mark the swearing in of Her Excellency Dr Jeannette Young PSM as the new Governor of Queensland. @QldGovernor pic.twitter.com/vjISeCI17Y

Young’s appointment is not without criticism.

The role of governor is an essential position in Australia’s political system where the governor serves as a check-and-balance to political power. Governors must remain politically impartial and act without prejudice during their duties.

They treats us disgracefully

BUT they sure do know how to look after one another

While there is no suggestion that Young will not put in an exemplary performance, her role as Chief Health Officer saw Young form a crucial part of the Palaszczuk government in recent years. Those looking for a figure to mediate between the people and the state regarding health orders may feel uncomfortable with a mediator that assisted in drafting pandemic policy.

On her final day as Chief Health Officer, Young urged Queenslanders to get vaccinated, even if they were not planning to.