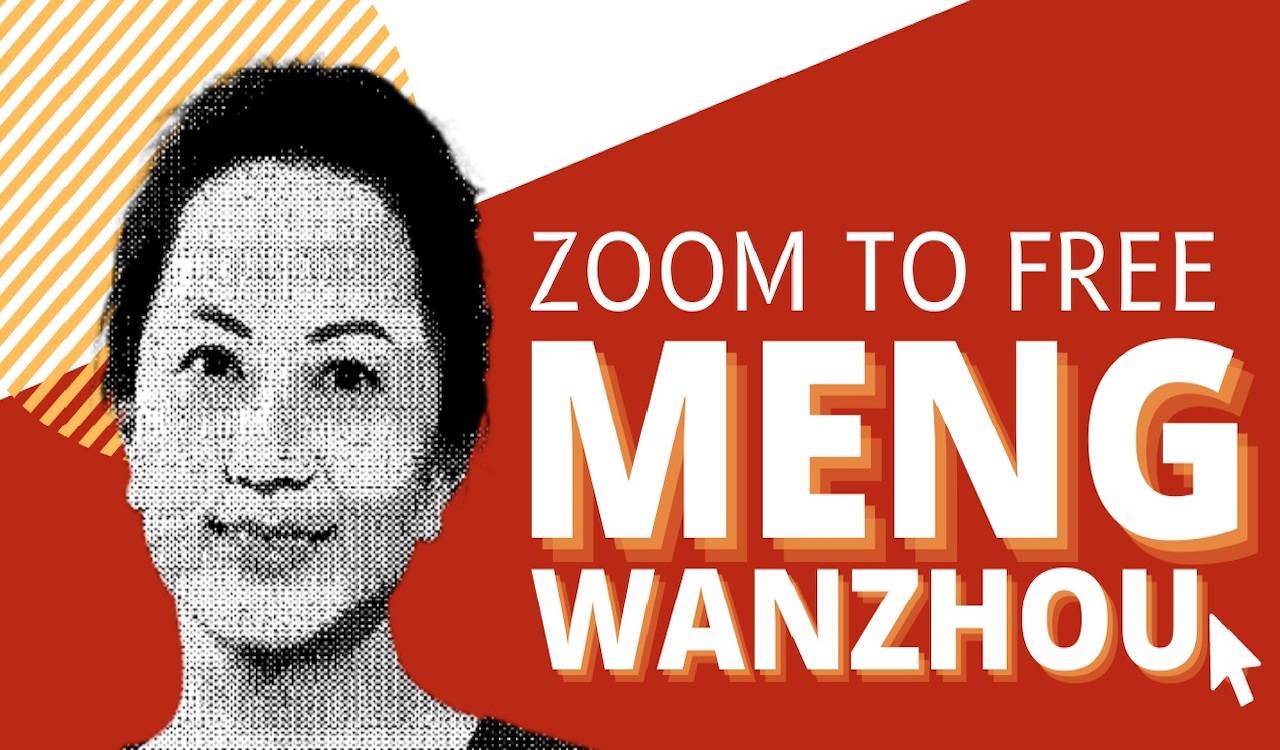 Canadian police arrested Meng Wanzhou, the chief financial officer for the giant Chinese tech company called Huawei at the request of the United States two years ago. US officials wanted Meng for a variety of financial crimes, including fraud, violating sanctions against Iran, and for stealing trade secrets.

Two Canadians, Michael Spavor and Michael Kovrig, were kidnapped by Beijing in what they freely admit is a tit-for-tat for the arrest of Meng.

According to the event page (archived here),

In anticipation of the second anniversary of her arrest, join our online panel discussion to Free Meng Wanzhou, unjustly incarcerated by the Trudeau government at the request of the Trump Administration. You'll learn more from Canadian experts about her legal case, deteriorating relations with China, and the rise of Sinophobia in Canada - plus what you can do about it.

The event's hosts are listed as the Canadian Foreign Policy Institute, the Canadian Peace Congress, Just Peace Advocates, the Hamilton Coalition To Stop The War, and World BEYOND War.