The CBSA cited a 267% increase in travellers seeking entry into Canada last year, with an 11% increase in firearms that were prevented from entering the country. 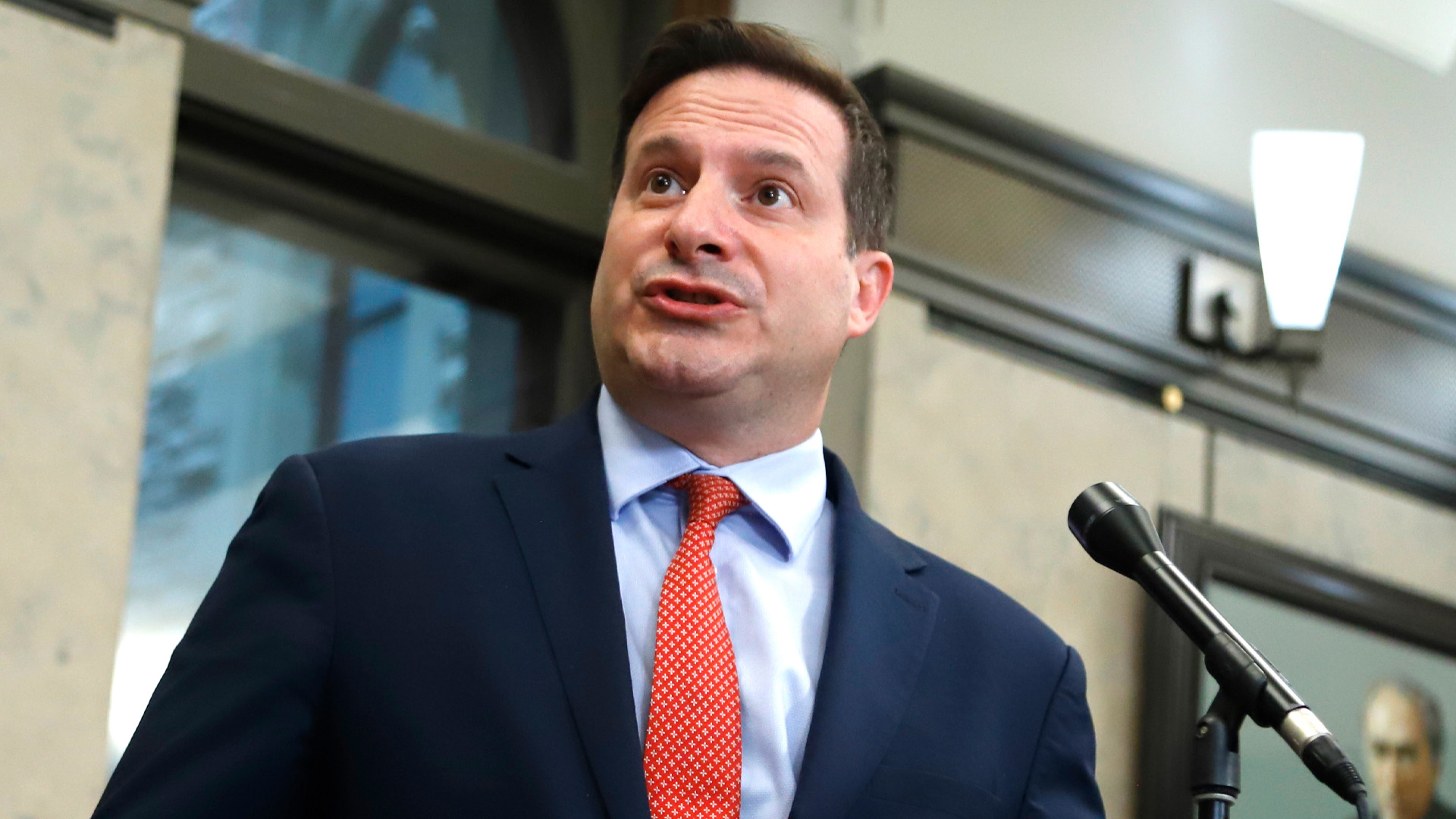 Minister of Public Safety Marco Mendicino attended a border crossing in Ontario Tuesday morning to witness the collection of dozens of seized firearms trafficked from the US.

Mendicino spent about an hour at Blue Water Bridge with Canada Border Services Agency (CBSA) officers, where commercial vehicles are parked for secondary inspection. The minister heard about the seizures and new technology that federal funding has subsidized, like a portable X-ray scanner that can be used to help find concealed weapons and drugs.

"We're going to continue to invest in the CBSA," he proclaimed. The Trudeau Liberals have invested $450 million in the past two years to hire more officers and equip them with more advanced technology.

Last year, the CBSA stopped 1,009 firearms from crossing into Canada. The CBSA and RCMP have received at least $312 million in investments to improve border security and gun tracing since 2016.

"The major investments the Canadian government has made in our X-ray technology, our large-scale imaging technology and our canine units — has made it possible for us to take all of this off the streets of Canada," said Rob Wilson, the acting Canada Border Services Agency (CBSA) director for the bridge crossing.

Wilson revealed that the federal agency seized 69 handguns, rifles, shotguns and semi-automatic rifles at the border crossing in 2022. He attributed the success to a 10% budget increase over the past few years, allowing them to hire 160 border officers to work the crossing.

The CBSA cited a 267% increase in travellers seeking entry into Canada last year, with an 11% increase in prevented firearms.

"This is the product of a lot of professionalism," said Mendicino in a CTV News report, applauding the hard work of front-line officers.

But Tuesday's tour of the southern Ontario border crossing comes amid ongoing criticism over the feds' gun violence strategy.

According to the Procurement Canada website, the Liberals plan to commence their buyback program in the spring of 2023. They added 1,500 firearms to the prohibited schedule on May 1, 2020, a few days after the deadly Nova Scotia mass shooting.

But the plan hit some hurdles, with Manitoba, Alberta, Saskatchewan and New Brunswick opposed to the federal government’s "misguided" plan.

The Liberals recently backtracked on their pilot project in Prince Edward Island to test the firearms buyback program. Public Safety spokesperson Audrey Champoux stated the pilot was "one of many options on the table" but is now "out of date."

Toronto Police Chief Myron Demkiw testified last February that the buyback program would fail to target the most significant source of crime in Toronto.

"The City of Toronto's experience is that guns are not from law-abiding citizens that are being used in crime. They're guns being smuggled from the United States. Those engaged in handling those firearms are not law-abiding, licensed gun owners; they are criminals with no firearms license," he said.

Mendicino said his government is also investing $250 million in a Building Safer Communities Fund to deter at-risk youth from "going down a path of crime" to reduce gun violence and attack organized crime. But, he admitted the federal government needed more cooperation from the provinces.

Ex-gang leader Marcell Wilson, who founded a youth outreach organization in Toronto working to pull kids away from criminal lifestyles, also testified that the program would fail.

"Eighty percent of the gun violence we [witness is] committed with illegal firearms smuggled in from the USA," he said.