'I have received only hate from the liberal media and constantly [been] told by the left to back to Mexico. They don't support us immigrants, they only use us for political power and don't care about our well-being,' said Flores. 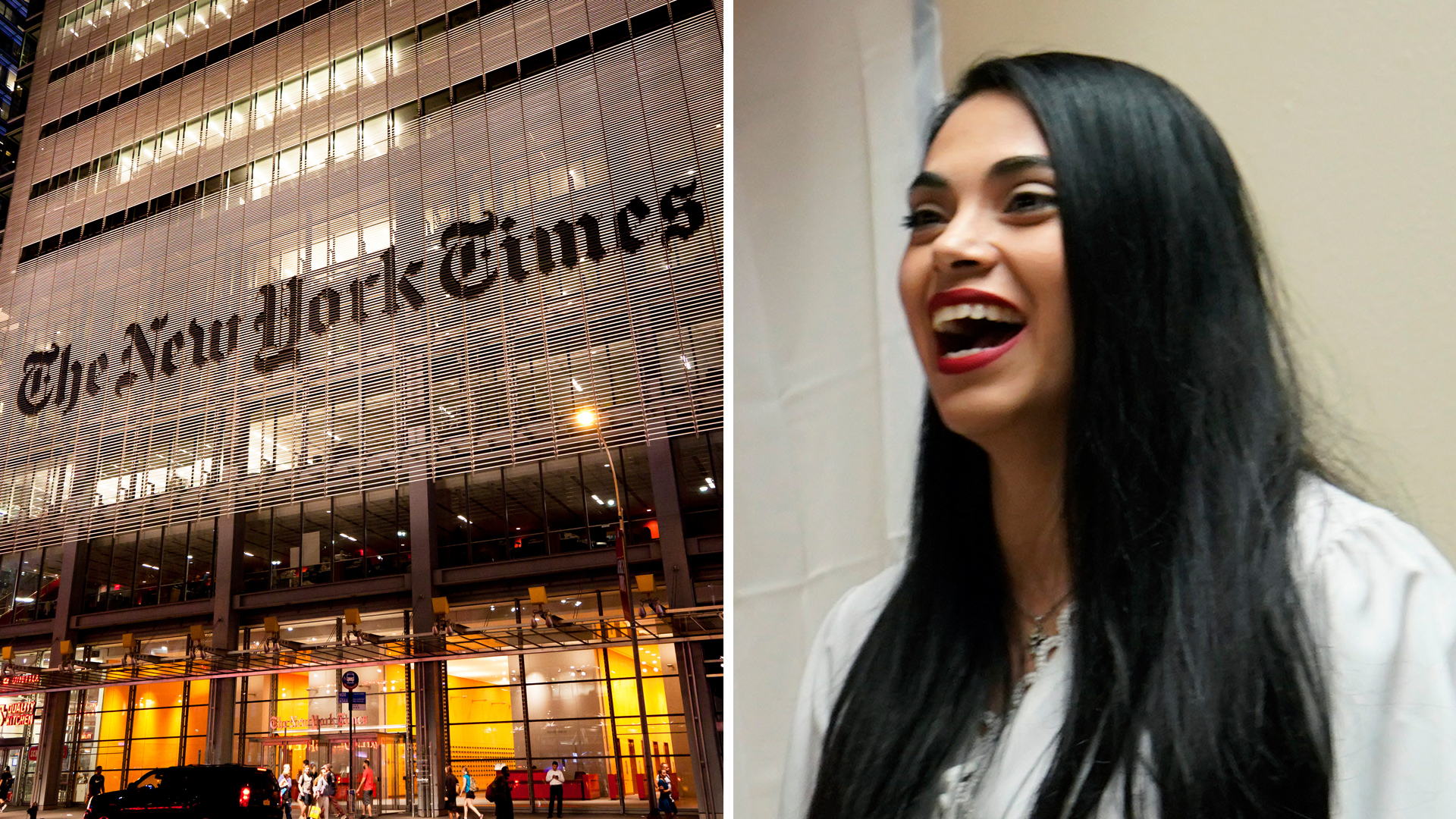 The publication's unambiguous description of Flores, a staunch conservative and Christian, is a stark comparison to its glowing praise for liberal and left-wing politicians.

Flores fired back at the Gray Lady, slamming the newspaper saying that it “knows nothing about me or our culture.”

“I am proud of my culture and my beautiful family,” said Flores in a statement to Fox News. “I was born in Burgos, Tamaulipas, Mexico, and raised with strong Conservative values to always put God and Family first.”

“I have received only hate from the liberal media and constantly [been] told by the left to go back to Mexico. They don't support us immigrants, they only use us for political power and don't care about our well-being. I am here now and I won't allow them to continue taking advantage of my people. The NYT knows nothing about me or our culture. Somos gente de Dios, Familia y Travajo [We are people of God, Family and Work], Si Señor!" she wrote.

The New York Times article, which was penned by Jennifer Medina, highlights Flores and two other Texas Latina Republicans, Monica De La Cruz in McAllen and Cassy Garcia in Laredo.

“Representative Mayra Flores is one of three Republican Latinas vying to transform South Texas politics by shunning moderates and often embracing the extreme," the NYT article claims, adding that Flores and others shared views on "right-wing views on immigration, the 2020 election and abortion.”

The Times ridiculed Flores for her campaign slogan, “God, family, country,” as if her calls for a return to “traditional values” are worthy of mockery. “She called for President Biden’s impeachment. She tweeted QAnon hashtags. And she called the Democratic Party the ‘greatest threat America faces,’” Medina wrote.

Apparently being pro-life and calling for law enforcement at the border are now “extreme,” or “far-right” positions.

The article was lambasted on social media, with conservative actor James Woods trashing the New York Times over its attack on Flores.

Flores’ election signals a massive shift in Hispanic political sentiments. The Democrats, which typically served the Hispanic community, have grown out of touch with their constituents in recent years through their embrace of progressive policies, putting family and tradition by the wayside.

Hispanics, which notably hold to strong family values and embrace conservative ideals, previously found representation in a much more Democrat party, which has shifted far to the left.

In June, a poll from Quinnipiac found that Hispanic respondents preferred Republicans to Democrats by 41% to 38%. The figure represents a rightward shift by Hispanic voters towards the GOP as they find themselves increasingly alienated by the Democrats radical leftist policies.