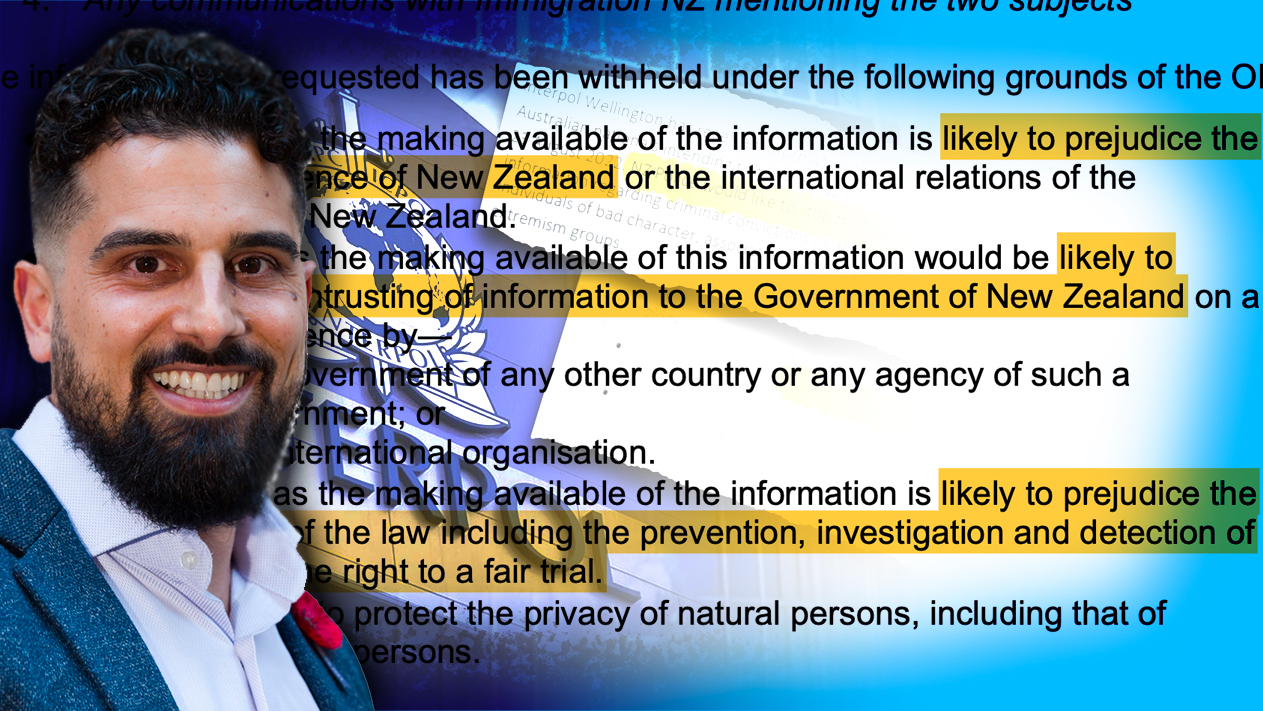 New Zealand Police have refused to release the explosive Interpol email and any additional correspondence between the agencies which aimed to stop independent Australian journalists from reporting on an anti-government protest last month.

The email, leaked to online NZ publication The BFD, showed how Interpol Wellington contacted its Canberra counterpart in a bid to dig up dirt that would support its goal of stopping reporters Avi Yemini and Rukshan Fernando from flying into the country.

The BFD today revealed authorities have denied a request to release the email, which has been confirmed as legitimate, citing security concerns.

Police have refused to release the email requested under the Official Information Act. They have cited three provisions stating that to release the email would “prejudice the security or defence of New Zealand”, or releasing the email would be “likely to prejudice the entrusting of information to the Government of New Zealand” or would be “likely to prejudice the maintenance of law including the prevention, investigation and detection of offences and the right to fair trial,” The BFD reports.

But the rights to a fair trial for Avi Yemini had already been prejudiced by the publication in the NZ Herald of a disinformation article that was then used by Police to make their illegal request to Interpol Canberra. The email also showed that, contrary to the natural justice and fair trial rights of Avi Yemini, they had already decided they wanted to prevent him from coming to New Zealand.

The Police are using the security and defence provisions of the Official Information Act to cover their acute embarrassment that a leaked Interpol email outed their illegal attempts to prevent a working journalist from coming to New Zealand. The use of Section 6(b) is the real reason why it has been refused. Basically, Police are saying, ‘We won’t release this info because it may prejudice other countries, agencies or organisations against us.’ In other words, ‘We cocked up and it’s not a good look internationally.’

The Interpol communication stated that NZ Police were urgently seeking "any information regarding criminal convictions or any information tending to show they are individuals of bad character, associated to criminal groups and individuals or Far-Right extremism groups." 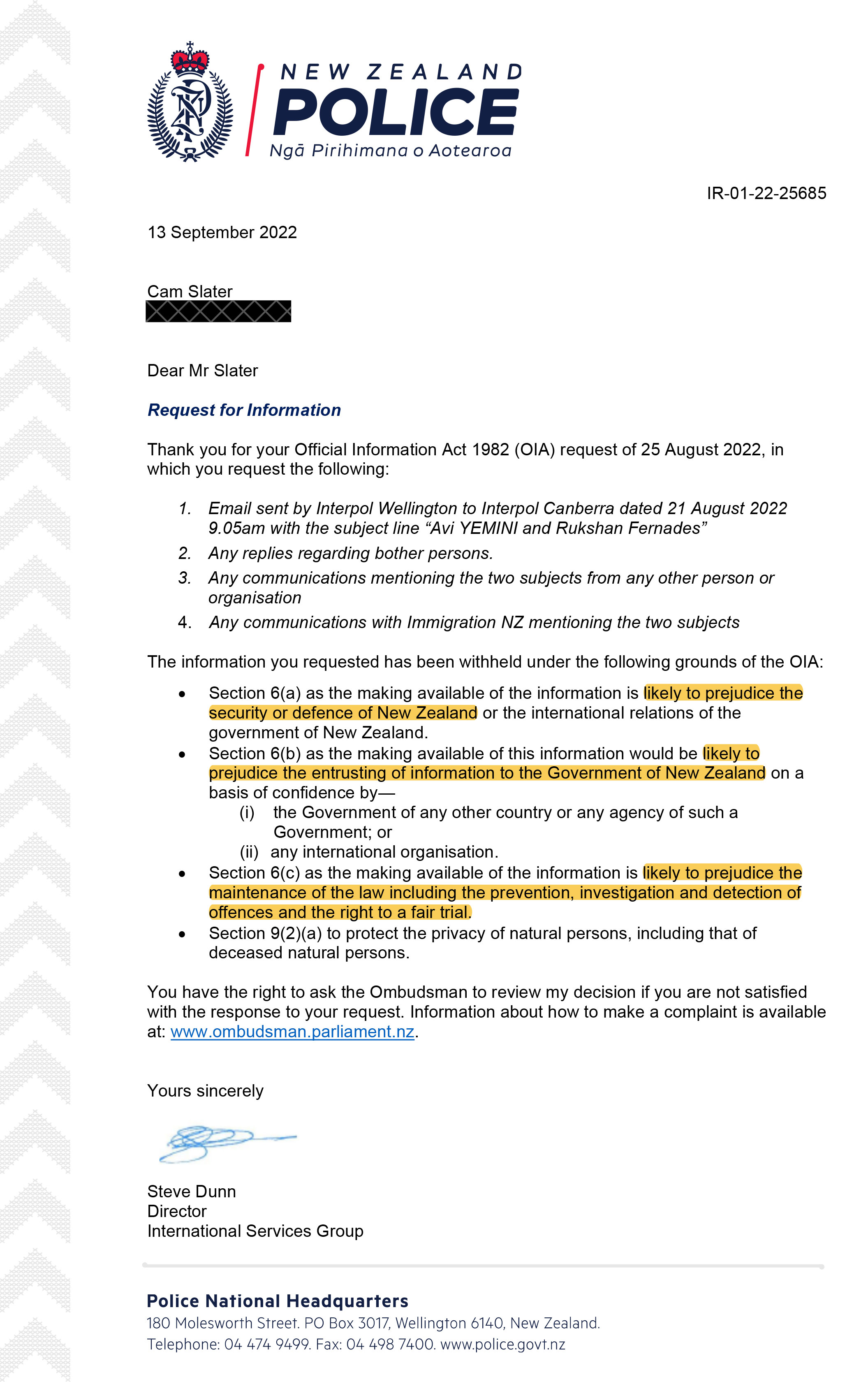 The memo was sent just 24 hours after The New Zealand Herald published an unattributed article laced with several false, out-of-context and misleading claims, designed to paint the reporters as 'infamous Australian far-right misinformation superspreaders' and said that the pair were 'known to spread misinformation and falsehoods on social media in Australia'.

These claims were then used in Interpol Wellington's communication with Canberra almost word-for-word.

Sarah, an immigration officer who refused to give her last name while interviewing Yemini, informed Yemini that she came to the decision on her own after reading the story in The New Zealand Herald.

Over 23,000 people have already signed a petition to let Yemini cross the New Zealand border.